In American comedic lore, the character Wile E. Coyote creates ridiculously complex contraptions to catch the Road Runner, but always fails. The Road Runner escapes, ironically, by superior wile. He runs full speed, stops on a dime, and then—to the twinkling sharp keys of a piano—steps over the tripwire, smirks, and continues running.

The Coyote always returns to probe his contraption’s failure and clumsily sets it off, throwing a boulder in his direction or casting himself off a cliff. He tries to survive by deploying a parasol, which is always ineffective against the boulder or gravity.

Hilarious. Never gets old, either.

In politics, Donald Trump is the Road Runner and his opponents are the Coyote. They fabricate increasingly complex contraptions to get Trump. He keeps escaping, while they trip the wire meant for him.

The Billy Bush hot mic is a great example. Trump, in a bus qua locker room on the set of a soap opera, was getting ready to deliver the line “That’s an interesting proposition…no” to a sexual advance made by one of the female characters.

The script involved powerful men and women who throw themselves at these men, and Trump confirmed to the chirpy extras on the dressing room bus that yes, it happens. It was, literally, locker room talk: a tale told in a place where men dress. He did not know he was being recorded and he used several coarse descriptors.

The Clinton campaign got hold of the tape and released it a few weeks before the election as a “confession” by Donald Trump that he assaults women. It was not that. Nevertheless, the tape was widely reported as a confession because the dominant media has lost its mind.

Then Trump, being Trump, created a superior media spectacle by dragging three accusers of former President Clinton to his wife’s next debate and sat them in the audience. It was probably the first time many younger than 30 heard that President Clinton had been credibly accused of harassment.

To the twinkle of the sharp keys, Trump stepped over the tripwire and sped away with his former Maxim model wife. The wily Democrats were left holding the stick of dynamite meant for him when it exploded. The aftershock has decimated Hollywood, PBS, the Ninth Circuit, Congress, 60 Minutes and the Today Show.

Then there were those excruciating post-mortems on the election, when the smart people tried to explain how Trump won Pennsylvania, Ohio, Michigan, West Virginia and Wisconsin: the Rust Belt. Voters in those states had always reflexively fallen for the class warfare stuff about the rich 1 percent being responsible for their horrible economic circumstances.

Republicans had stupidly run someone a composite police artist would sketch after interviewing middle Americans about what a rich person looks like. Yet he won. How?

The answer the erudite settled upon is that the simpletons had fallen for lies spewed at them over social media. “Fake news” is the word they coined. It was a mantra that rolled easily off the lips of David Gergen and Charlie Rose, and with months of constant repetition, would be the generally accepted reason for Trump’s victory.

Except it rolled easily off the lips of Trump as well. Within days they wished they had never brought it up. He turned it right back on them. The Acme discrediting machine that was supposed to strap Trump to a rocket and send him into space had malfunctioned, and the wily resistance somehow found themselves in orbit, deploying a parasol.

When will the Coyote ever learn? Never, apparently. Which is alarming, because one of these ridiculous contraptions is going to do real damage.

Perhaps it was last week. This time it was Trump’s partisans who had somehow managed to rig Alabama so that the Republican candidate for the Senate was a man twice removed from public office for disciplinary reasons.

The set-up was the brainchild of Trump’s one-time chief strategist, Steve Bannon, miffed that the president had accepted the Senate majority leader’s advice over his on a piddling matter of primary endorsement. He was going to show everyone who was boss by winning Alabama with a guy who said sodomy way more than anyone ever should, and rode a horse called “Sassy.”

Trump tried to avoid the dynamite by endorsing Luther Strange, but then dutifully held the fuse-lit Roy Moore stick when it was handed to him—and it exploded. That one caused some damage.

Then there is this Russian stuff, where Trump is also being done in by the wily brilliance of his own team.

Text messages released last week between a top FBI agent and his lover confirm that there was a law enforcement plan in place to disrupt Trump during the campaign as an “insurance policy” against his election.

The thing about insurance policies is that they come with an expiration date, and this one should have expired on January 20, 2017, the day Trump was inaugurated as the new sheriff in town. Except the people Trump appointed at the Justice Department were hoodwinked into continuing the baseless investigation.

Maybe baseless is the wrong word, because the existence of the investigation was itself the basis that it should continue, and anyone who said otherwise was obstructing justice.

Right now, that circular bit of sophistry is the greatest threat to the Trump presidency. Trump is still the Road Runner, gotta give him that, as long as his own people aren’t setting the trap. 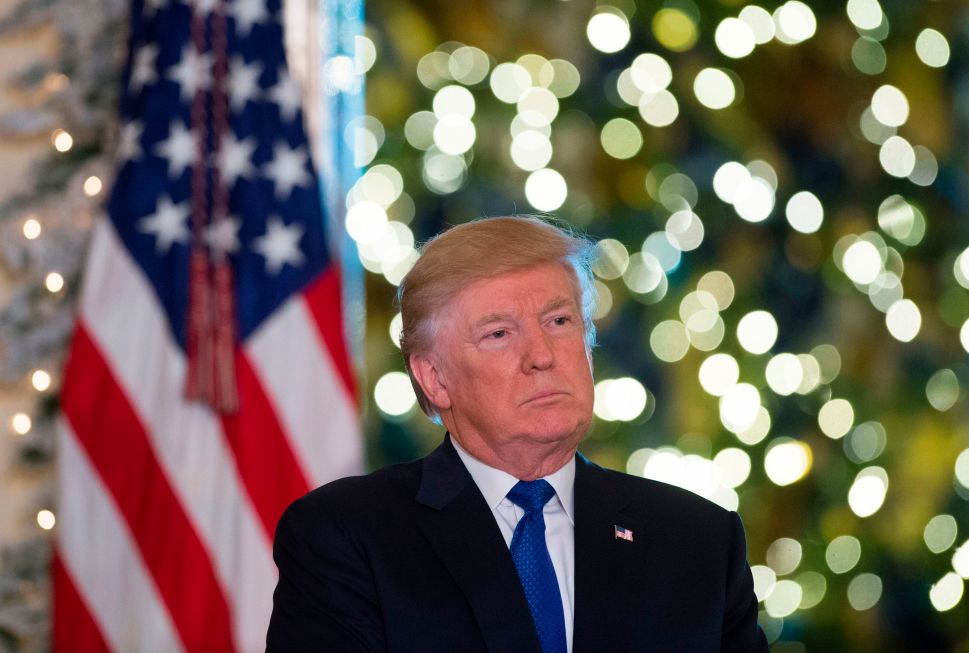