You may have noticed for a few weeks that your neighborhood UPS trucks have been driving around after business hours to drop off packages.

Yes, UPS drivers are working longer hours this holiday season to fulfill a flood of online orders. In fact, the company is seeking help from office workers—accountants, marketers and perhaps IT guys, the Wall Street Journal first reported.

“In some cases people were asked to change clothes and go to a local site that day or the next day because incoming volume tendered in trailer loads to specific sites was beyond the plan level,” a UPS spokesman told the Journal.

“This holiday work is an entry point for future permanent jobs and career advancement. Up to 35 percent of seasonal hires over the last three years now have permanent jobs with UPS,” Kyle Peterson, a spokesperson for UPS, told Observer.

But an unprecedented surge in online shopping this year somewhat caught the delivery network by surprise.

“Black Friday and Cyber Week sales in the U.S. were record-breaking and UPS delivered more than originally forecast as a result of such strong e-commerce demand,” UPS said in a statement on December 13.

Some of the full-time UPS drivers were asked to extend their regular hours, from 60 hours per seven days to 70 hours per eight days, the Journal reported.

Peterson said that the peak delivery season will extend beyond Christmas, as people send back merchandise that doesn’t fit, and redeem gift cards. “Not too many years ago, UPS popularized the idea of National Returns Day–the day when the largest volume of packages are returned to retailers. We’ve seen that volume steadily increase over the last five years,” he told Observer.

UPS currently ships 1 million return packages a day. The company expects this volume to increase to 1.4 million on January 3. 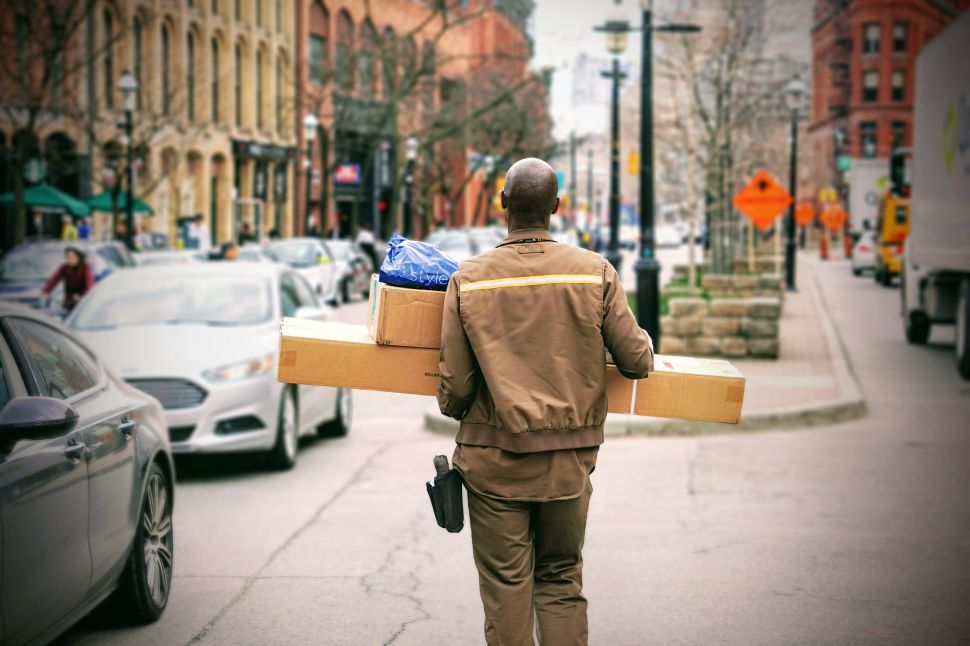