The recent attacks by militants who killed four American commandos in Niger and detonated a truck bomb that left more than 350 civilians dead in Somalia—events that happened more than 3,000 miles from each other—remind us that terrorism is a real and constant threat that reaches the farthest corners of our planet.

Because of that, and certainly in the post-9/11 global context, the American military presence has increased exponentially abroad. The Pentagon now has troops in countries many average Americans never would’ve dreamed of sending our forces to two or three decades ago.

Nowhere is that truer than in Africa, where the Pentagon has between 5,000-6,000 servicemen and women stationed across 50 of 54 countries, according to civilian spokesperson for the American military’s Africa Command, or AFRICOM, Robyn Mack, who told the Observer on Thursday that the bulk of those troops are in Djibouti (roughly 4,000), which borders Somalia in the Horn of Africa, and Niger (roughly 800), which straddles the Saharan Desert and Sahel. (Egypt falls under the Pentagon’s Central Command, or CENTCOM, not AFRICOM.)

“Our area of responsibility is a challenging and dynamic one, consisting of positive and negative trends,” Mack said on Thursday. “With (54) African states, more than 800 ethnic groups, over 1,000 languages, vast natural resources and land mass three-and-a-half times the size of the United States, Africa is complex.”

Many of those troops are members of America’s elite special operational forces from all four branches of the military.

Mack went on to acknowledge the only three African countries the U.S. doesn’t have a footprint in are Eritrea, Equatorial Guinea and Guinea-Bissau.

“We maintain 14 enduring locations (2 Forward Operating Sites and 12 Cooperative Security Locations) on the African continent, which give the United States options in the event of crisis and enable partner capacity building,” Mack continued. “Additionally, the command has designated 20 contingency locations as part of the Theater Posture Plan for 2017 focused on access to support partners, countering threats, and protecting U.S. interests in East, North, and West Africa.”

In a country like Somalia, where lawlessness dominates the country and the ISIS-allied group al Shabaab coordinate attacks, preventing terrorism from being exported is necessary. Monitoring the Shabaab within Somalia is a priority for Washington because of the group’s ability to strike neighboring countries. In 2017, nearly three dozen strikes have been carried out by either sea, land or air against militants operating inside of Somalia. A dozen of those strikes have come since the truck bombing in Somalia’s seaside capital, Mogadishu, in October, Mack said.

Is the Pentagon spreading itself too thin and attracting terrorism by the mere presence of American troops and military assets?

The Niger attack brought this question into sharp focus recently. Local Nigeriens in the city of Agadez told The Washington Post recently they were worried a new drone base near the city would act as a “magnet” for terrorists.

Many American congressmen weren’t even aware that the U.S. had so many troops in that impoverished nation.

Asked whether he knew there were troops in Niger, Sen. Bob Casey (D-Penn.) told CNN’s Chris Cuomo recently, “I did not.” He continued, “When you consider what happened here, the four sergeants lost their lives, I think there’s a lot of work that both parties and both branches of government need to do. Not only to stay more informed but to focus on why we’re there and what happened to get to the bottom of this.”

And Sen. Lindsey Graham (R-SC), member of the Armed Services Committee, told NBC’s Chuck Todd he “didn’t know” there were so many American troops in Niger.

“(Pentagon officials) are going to brief us next week as to why they were there and what they were doing,” he said to Todd.

America’s military forces are so scattered around the world that our top lawmakers don’t know what’s going on or who is where.

One has to wonder what U.S. lawmakers are telling Pentagon officials about their forays across Africa. Could it mean a drawdown now that a big deal is being made about the American presence because of the attack on the Green Berets in Niger?

“It’s true that there is an increased U.S. footprint in Africa, but the death of four U.S. Special Forces in Niger last month has resulted in this expansion being reviewed,” Dr. Alex Vines, an African security expert for the London-based think tank Chatham House, told Observer. “It’s too soon to know what the result will be.”

Vines noted the U.S. troop presence in Somalia, for example, was scaled up from roughly 50 to 500 in the last six months to compensate for al Shabaab’s increased activity.

American lawmakers should act to get more frequent briefings on exactly what U.S. troops are doing in each country on the African continent and determine how critical to U.S. national security their presence is compared to the quality of the relationships held with each host nation. 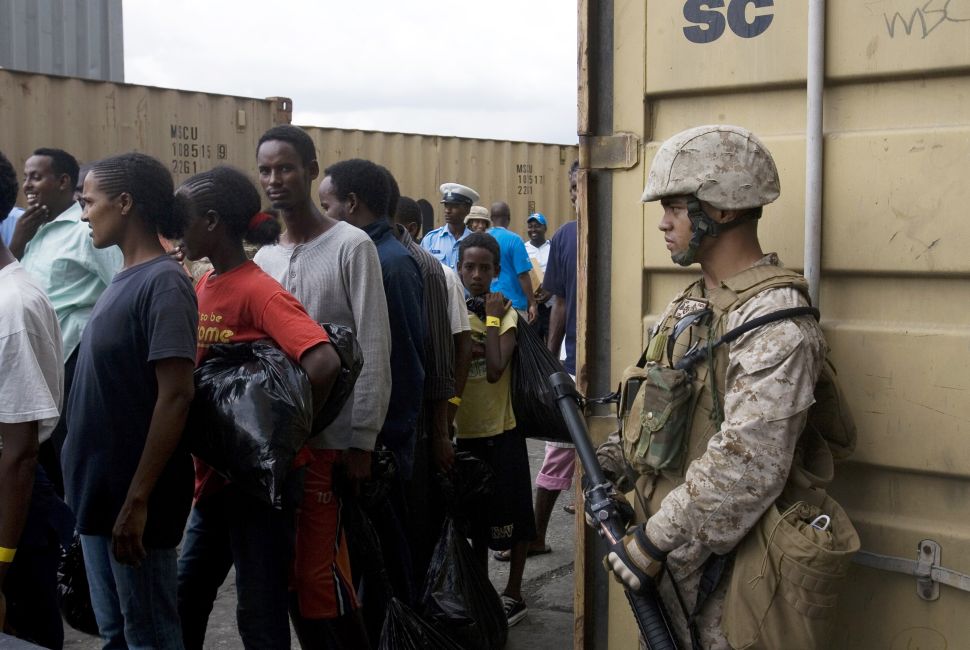