Pundits predicted Armageddon. Arab leaders announced days of rage—even war. And it all fizzled out.

There are important lessons to be learned from the vociferous and damning reaction of mainstream media to President Donald Trump’s announcement last week that Jerusalem is the capital of Israel. There are also some very sad takeaways. Pundits and Western leaders—respected voices upon whom we, the people, rely to know better—simply mimicked the reaction of Arab leadership.

As if we needed more proof, it should be crystal clear to everyone that the Palestinian issue does not motivate the masses in the Muslim world the way it once did. Many of the comments made by Arab and Muslim leaders were, to put it kindly, tepid responses that yielded little action. Protests and demonstrations on Arab streets—the most tangible indicators of mood—were few in number and sparse in attendance.

Even within the Palestinian Authority itself, the epicenter of the call to vent through violence, the rage was more meow than roar. On Thursday, one day after Trump’s historic announcement—labeled a Day of Infamy, what the PA touted as the day the possibility of peace with Israel died—classes were cancelled and schools were closed. Students and teachers were asked to join demonstrations.

Thirty years ago, during the first Intifada, teens took to the streets throwing rocks and burning tires. There was no Internet and certainly no Wifi in December of 1987. Today, most teenagers are the same no matter where in the world they live. Last week, what could have been a day of personal fury and regret was instead spent playing video games, watching YouTube and hanging out with friends.

One protest held at the Damascus Gate in Arab East Jerusalem, just outside the walls of the Old City, was touted as an important event. But all you saw were about 30 middle-aged women chanting, while Israeli police checked the identification cards of the young men milling around. Their protest was real and heartfelt—but few others felt the need to show solidarity with the cause.

The story repeated itself around the Muslim world.

In Indonesia, the most populous Muslim country in the world, the turnout last week was a mere fraction of even the most modest protest, which usually averages around 150,000 attendees. A demonstration in Jakarta yielded several hundred protesters. In Kuala Lumpur, Malaysia, there were 1,000 participants at a protest. Bangkok managed another 1,000. Cairo had several hundred. Amman, Jordan had the largest turnout—the vast majority of Jordan is composed of Palestinians—but even there, only 20,000 people came to demonstrate outside the U.S. embassy.

Had there been an Israeli embassy in Jordan, perhaps the numbers would have risen, but the Israeli embassy is closed because of an ongoing dispute with Jordan. There is no reason to have staged a protest outside that gate.

Ironically, well over 10,000 Israelis came out to protest political corruption in Tel Aviv on Saturday night after the announcement.

Newsworthy footage was so sparse that many news outlets showed video shot the night before, on Tuesday, in anticipation of President Trump’s announcement. The clip, showing Palestinians burning pictures of Trump, was dramatic. But was it ethical? The footage being shown was shot pre, not post, Trump’s announcement.

The United States, Israel and the Palestinians are a back burner issue for the Muslim and Arab world right now. There are too many other items that require attention and care.

Egypt, the second largest recipient of U.S. aid (second only to Israel) is battling ISIS on their borders and in their towns. Jordan receives $1.6 billion a year from the U.S. and ISIS is knocking at their gate. As such, Jordan will not permit the issue of the American embassy in Israel to torpedo their relationship with the United States.

The Saudis have already proposed a peace plan that deals with Jerusalem, calling for Abu Dis, a village at the foot of the Mount of Olives, to be the capital and the seat of Palestinian government. One had to look very hard to even find a comment from Saudi leadership about Trump’s announcement.

The Arab League spoke out, but they have no influence and certainly no power.

The Middle East is filled with rhetoric, discord and dissent—and the West has made much more of Trump’s remarks than those who are the most affected. 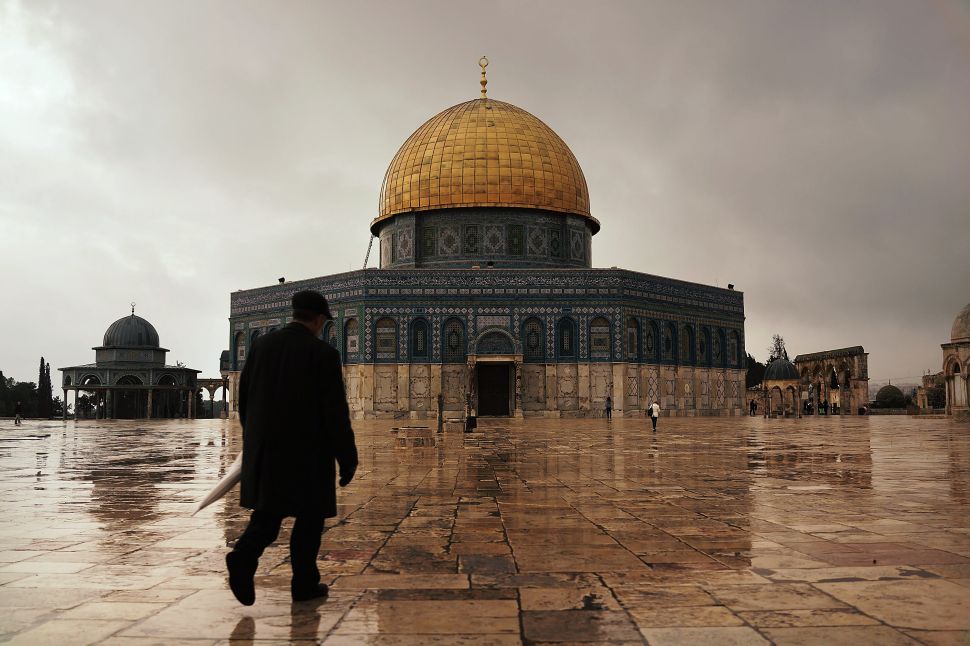