AMC’s The Walking Dead averaged 8.6 million live viewers and a 3.79 rating in the advertiser-friendly 18 to 49 demographic during the first half of season eight this year, making it one of the most-watched shows on television. Unfortunately, those numbers mark a 24 percent and 30 percent drop, respectively, compared to last season. In fact, The Walking Dead‘s ratings have been slipping for some time now, though the show’s producers don’t seem all that worried about it.

Speaking to Variety, producer and Skybound Entertainment CEO David Alpert chalked up the decline in viewership to the surplus of options in the Peak TV era.

“I think overall we’re seeing increased competition, not just from television and not just from streaming services, but you get content everywhere. The idea that people watch things super live, that need to view on the same night and we’re measuring ratings like a live rating, I feel like it’s a little be anachronistic to be like, ‘Oh, you’re not holding the same ratings that you were.'”

While Alpert isn’t wrong, it’s still concerning to see The Walking Dead post its worst ratings since season two five years ago. Given the downward trend, it seems all but impossible that the series could reach at least 13 seasons, an ambitious feat showrunner Scott Gimple is aiming for. With so many sprawling big budget genre thrills on the small screen these days, The Walking Dead is no longer a rarity. And with only three original cast members from season one still around, for now, viewers who have been around since the beginning may start tuning out.

But with companion series Fear The Walking Dead set to receive Lennie James’ Morgan in a crossover and the nature of The Walking Dead‘s post-apocalyptic setting, Alpert believes the zombie world could continue indefinitely.

“I don’t think in any way the brand has lost its relevance. I think in general we’re just seeing a decline in urgency across all media to consume something at a specific time,” he said.

The Walking Dead will return from hiatus on February 25, 2018. 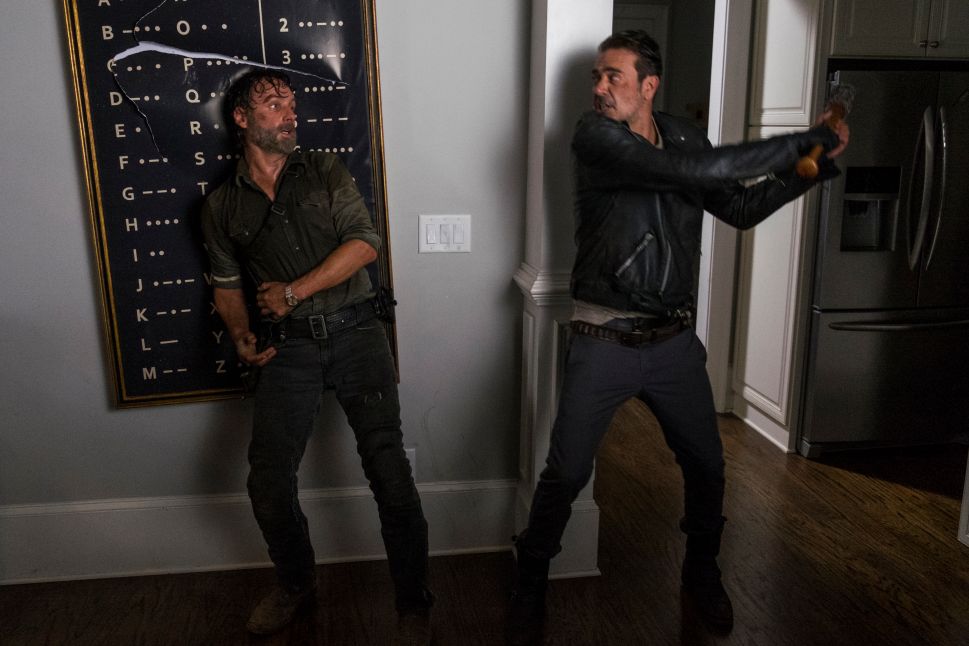