There’s a lot going on with AMC and The Walking Dead right now (this is your spoiler warning, get out while you still can). For starters, former series producers are seeking a potentially $1 billion lawsuit against the network, which probably isn’t helping matters much. Stars Andrew Lincoln (Rick Grimes) and Norman Reedus (Daryl Dixon) don’t currently have contracts beyond season eight and neither does showrunner Scott Gimple. The show seemingly killed off Carl Grimes in the recent midseason finale, and actor Chandler Riggs’ father isn’t happy about it. Robert Kirkman, who wrote the source material and consults on the show, just signed an overall deal with Amazon Studios. Oh, and the series has been bleeding viewers for a few years now. Got all that?

With so much going on in front of the camera and behind the scenes, it’s understandable why fans are concerned about the future of the series. Rarely do shows, even ones as popular as The Walking Dead, survive such tumultuous lifespans. But it sounds as if the powers that be over at AMC plan for The Walking Dead to be around for quite some time. In a recent interview with THR, Gimple spoke about the long-term plan in place for the series, especially now that Kirkman is heading elsewhere.

“There’s always been a long-term plan and, really, his move doesn’t affect that at all. This is still all about telling the story from the comic, and I talk to Kirkman all the time. There’s always been a long-term plan in place; I don’t know about always, but I’ve had one for a long time. I will say that that long-term plan has always had crazy iterations, like a garden of forking paths. There might be a lot of different ways to the very, very endgame. As we get into the teens [in terms of season number], there’s a lot of real-world stuff to consider as well. All sorts of things change, but those changes to the long-term plan and to the comic have always, in my mind, have been things we’ve had to change because characters have been gone [like Andrea] or are still around [like Carol]. I’ve always thought that we’ve been able to get great story out of that. And sometimes, even tell those moments from the comic that I love so much in different ways to surprise people who are so familiar with the book. But as far as the long-term plan, it’s a series of long-term plans, and we’ll see which one we wind up going with.”

If Gimple is to be believed, The Walking Dead is moving full steam ahead despite the bumps in the road of late. “I’m confident of beyond a tenth season—we’re building toward the future,” he added. The showrunner is also confident that he, Lincoln and Reedus will all reach deals with the network. But will AMC want to keep sinking money into The Walking Dead if its viewership continues to dwindle? Season eight’s premiere dropped a whopping 33 percent from season seven’s while the season seven finale marked a five-year low for conclusions. Deadline reports that the midseason finale ratings fell 25 percent from season seven and marked the worst midseason viewership performance since 2011 with 7.79 million total viewers.

Despite the ratings decline, the show remains one of the most-watched series in all of television, especially in the advertiser-friendly 18 to 49 demographic. While not as high as years past, The Walking Dead is still posting a 3.85 rating in that key demo. Eventually, however, the dips are going to start eating into all that juicy ad revenue, especially if recent trends hold true. Just in case, Gimple may want to refresh his resume.

The Walking Dead will return to AMC for the second half of season eight in February 2018. 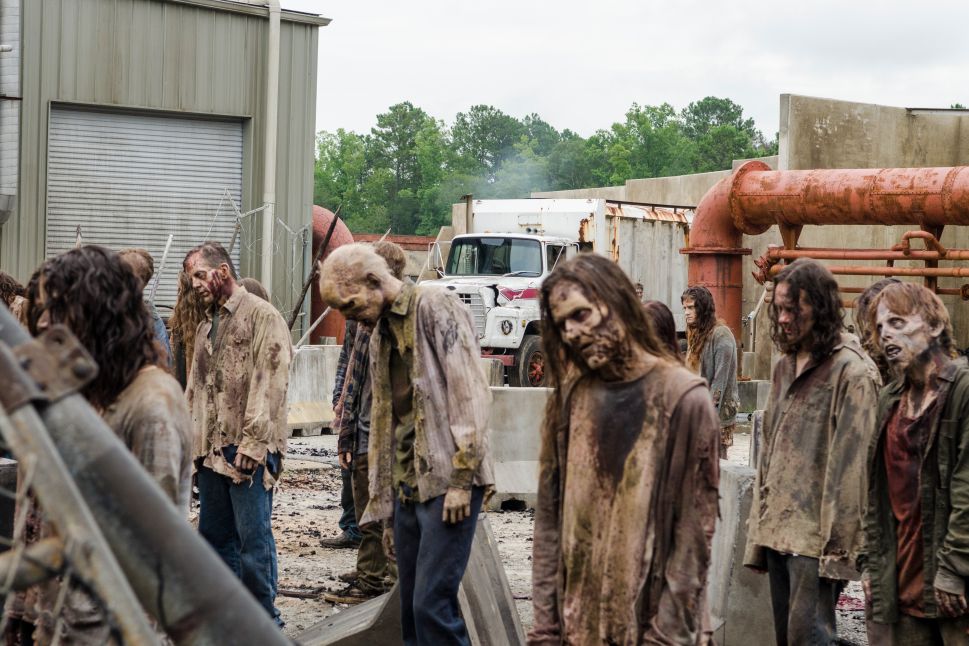