“No, you can’t be friends with Michael. You could’ve, but you hid the fact that you were talking to him, so now you can’t.”

Flashback to my then-husband reprimanding me for accepting a former fling’s Facebook friend request. He was looking at me smugly. “Defriend him. Why do you even want him in your life? He’s an asshole.”

“It’s not like I’m going to hang out with him, it’s easier to be a friend than an enemy,” I protested, knowing that I was picking a fight I wouldn’t win.

“You were obsessed with him when we first started dating, I know you had feelings for him,” my then-husband said.

“But I married you,” I responded with resentment. “I’m not interested in him, but that doesn’t mean I can’t be cordial.”

“What are his motives? He’s going to try to sleep with you,” he declared.

This was one of the many moments in my marriage where I realized how far our relationship had degraded. Yes, Michael, a former talk show host, was someone who I had, at one point in my life, pined for. And sure, he probably was giving me some attention because I had become “off limits,” but my husband felt this way about most of my relationships and friendships, and so I had become used to hiding my daily interactions from him—it’s part of what clouded my judgment in determining if my relationship with Michael was O.K.

It made it easier to justify seeing him, and getting the attention that I craved. I’d wanted his approval for so long. I brushed away the memory of how rude to me he’d been over the years. That no longer mattered. Now he seemed to be interested in me, and I felt validated. Was it cheating that I’d responded to a couple harmless Facebook chats? I wouldn’t call it an emotional affair, but it felt wrong, and I knew my husband wouldn’t have approved, so I hid it.

But before long, it became more than just a few Facebook messages. Michael and I started texting frequently about superficial things like the weather, or he’d forward me the naked selfies women sent him to get my opinion on if they were fuckable. We started going to one another for relationship advice. Then there was the occasional coffee. Nothing happened during these daytime meetings, but I often left feeling tremendously guilty.

We hung out for exactly three afternoons for no more than an hour over the time span of a year. I knew that Michael was attracted to me in a way he had never been when I was actually available and not in a relationship. But I got off on that, because he finally seemed to want me and he couldn’t have me—I held the power. But if I’m honest, the friendship was weird and strained with undertones of sexual tension.

It’s not a great sign for your relationship when you’re hiding friendships with others, especially when the friendship has not always been just that: an innocent friendship. It wasn’t necessarily physical attention I craved, but the emotional support. The conversations I would have with Michael were the kind I wanted to have with the man I had married. He listened to me. Added to that our mutual attraction, and Michael made a pretty good stand-in for my husband.

“I’m texting you more than I ever texted my last girlfriend,” Michael once joked. His comment made me sad. It was the same on my end—he was texting me more than my husband was. That wasn’t for a lack of trying on my part, though. I texted my husband all the time, but he’d pick and choose when he’d respond to me. Usually, I got one when he needed something, like when he wanted me to fetch him an Uber or buy him some food. Sure, this still didn’t make my friendship with Michael O.K., but I rationalized it by telling myself I wasn’t cheating, so it wasn’t a betrayal.

Michael wasn’t the only person my husband scoffed at, most of my female acquaintances eventually made it on to his blacklist. Every text message—even an “OMG” or a “LOL”—was scrutinized. It was easier for me to erase every single bit of correspondence I had to avoid the scrutiny of an innocent “Hello.” A friendship isn’t something that’s supposed to be a secret from the person you’re romantically involved with, but all of mine felt threatened by my husband—maybe because he was threatened by them. He hated almost all of my friends and even tried to dissuade me from seeing my family.

My way of rebelling? Hanging out with the very people he forbade me to see.

“You shouldn’t be friends with Jenna, you should tell her you’re done talking to her,” he said one day out of nowhere. This was a friendship I’d had for over 25 years. We didn’t even live on the same coast and our only way of communicating was via text.

“I don’t think it’s a friendship worth keeping.”

“Okay, then you stop being friends with Kris,” I suggested. He looked angry, because I had my reasons to be unhappy about that friendship. Kris had stolen money from me, and my husband knew about it.

“I can’t stop being friends with Kris, it’s a work relationship,” he said.

“So that excuses the fact that they stole money from me?” I asked incredulously. “That’s pathetic. I’m not giving up any of my friends, you don’t even have reasons to justify why I should stop seeing them.

“Jenna doesn’t live here, Madge doesn’t like me, Lisa has too many issues.”

I came to realize that it didn’t matter who it was I was talking to. For every person I presented, he’d come up with a never-ending list of reasons on why I should dissociate myself from him or her, whether they were male or female, straight or gay. I’d be lectured like a school child for whatever it was that I did. So why not do as I pleased?

As our marriage continued to fall apart, all the friends that my husband had alienated over the years came to rally behind me as I contemplated leaving him. He had unknowingly set himself up for my friends to advise me to run for the hills.

When my divorce was finalized, my friendship with Michael quickly dissolved. I held no more allure for him as a single woman. He went back to his evasive ways. I went back to being the crazy insecure girl I was when I first met him. All of the friend stock I had thought we had built was suddenly gone.

Perhaps we were both using each other during a time in our lives when we were both unhappy. I certainly was, or the friendship wouldn’t have developed that way in the first place. My friendship with Michael happened because I wasn’t getting what I needed from my husband. I kept it a secret because our relationship was broken. I know I should have done things differently, but, in the end, Michael served as a helpful weathervane, pointing towards the fact that the trust in my relationship had gone south. In the right relationship, there’s no need for secret friends.

Randi Newton’s work has been featured in publications ranging from Newsweek, LA Weekly and TheFix to Good Housekeeping. Newton has appeared on The O’Reilly Factor, as a panelist on Fox’s The Strategy Room, and is a contributor on Radio Andy XM. Newton is an advocate for addiction and recovery issues and a certified recovery assistant. She enjoys long walks on the beach, streaming movies, and loves iced coffee no matter what time of year it is. 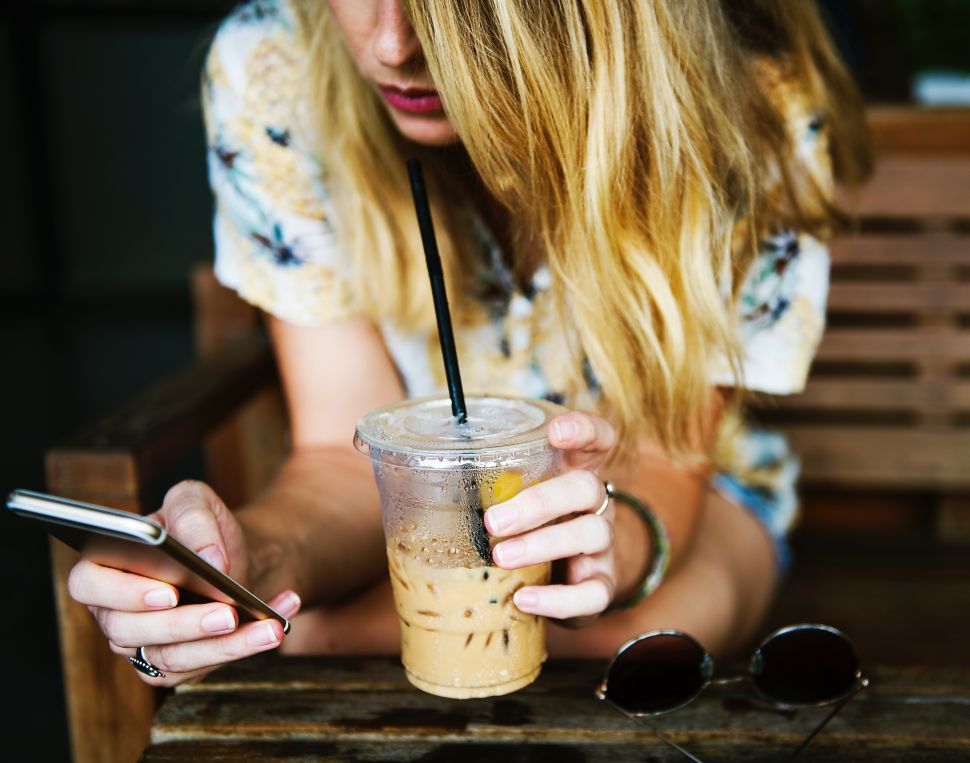