Former National Security Adviser Michael Flynn’s guilty plea in lying to the FBI last week rattled the political Richter scale and sent gargantuan tremors throughout Washington and the White House. Where this will head and which shoes drop next have provoked trillions of electrons fired around the Internet and of course on TV and radio talk shows. But why did Flynn lie in the first place?

My PhD is in international politics and finance, not psychiatry. Still, one can speculate as to why a former and very successful Army intelligence officer in the Iraqi and Afghan campaigns knowingly lied about discussions he had with Russian Ambassador to the U.S. Sergey Kislyak concerning sanctions and a UN vote on Israel. This lie was made even more insidious because as the former (and fired) head of the Defense Intelligence Agency, Flynn must have known the Russian ambassador’s telephone lines were tapped by the FBI or other government offices, especially when Flynn made at least one of those calls from where he was vacationing in the Caribbean.

Further, given the emails that so far have surfaced, Flynn had been in contact with his White House Deputy K. T. McFarland and possibly even more senior people in the administration. Former Chief of Staff Reince Priebus has denied knowledge of this. Still, given the importance of these conversations with the Russian ambassador, credulity is strained to the breaking point in believing somehow the buck stopped well short of the president-elect or after January 20th in the Oval Office.

President Trump has contributed to this confusion. He tweeted last weekend that Flynn was fired for “lying to the vice president and the FBI.”  But how would Trump know the latter unless then-FBI director James Comey had so informed him? That is very unlikely as this was an active case still under investigation. To re-quote Howard Baker’s famous question about the Watergate break-in and Richard Nixon’s involvement in the cover up: “What did the president know and when did he know it?”

This returns to the question of why did Flynn lie? Whether or not he was aware of the Logan Act of 1799, which prevents private citizens from conducting the nation’s foreign policy, is a separate matter. Possibly, Flynn may have thought the matter was too politically sensitive, given allegations that Moscow interfered in the vote to help elect Trump as president, for him to tell the whole truth.

Second, he may have presumed he could get away with it. Third, he may have thought this was none of the FBI’s business and arrogance won out over better judgment. Fourth, he may have felt he was protecting the president for reasons still unclear. Fifth, he may have simply made a bad error of judgment without any other overriding considerations.

Of course, other possibilities abound. Given his for-fee arrangements with Russia—including sitting next to Vladimir Putin at a Moscow dinner and questionable dealings with Turkey and Saudi Arabia over construction nuclear reactors—Flynn may have wanted to create a firebreak sealing off further evidence of the closeness of his Russian ties. Or perhaps as acting Attorney General Sally Yates told the White House before she was fired, “Flynn might be compromised.” This compromising material, whatever it was, may have been the reason for Flynn’s lies.

No matter how this turns out, the White House is under siege by the Russia investigation. Where it goes next and who else may be indicted or implicated is impossible to predict. But as the Hillary Clinton look-alike proclaimed on Saturday Night Live last weekend, it may soon be time to proclaim “Lock Him Up.”

Dr. Harlan Ullman has served on the Senior Advisory Group for Supreme Allied Commander Europe (2004-2016) and is currently Senior Advisor at Washington D.C.’s Atlantic Council, chairman of two private companies and principal author of the doctrine of shock and awe. A former naval person, he commanded a destroyer in the Persian Gulf and led over 150 missions and operations in Vietnam as a Swift Boat skipper. His newest book Anatomy of Failure:  Why America Has Lost Every War It Starts is just out. The writer can be reached on Twitter @harlankullman. 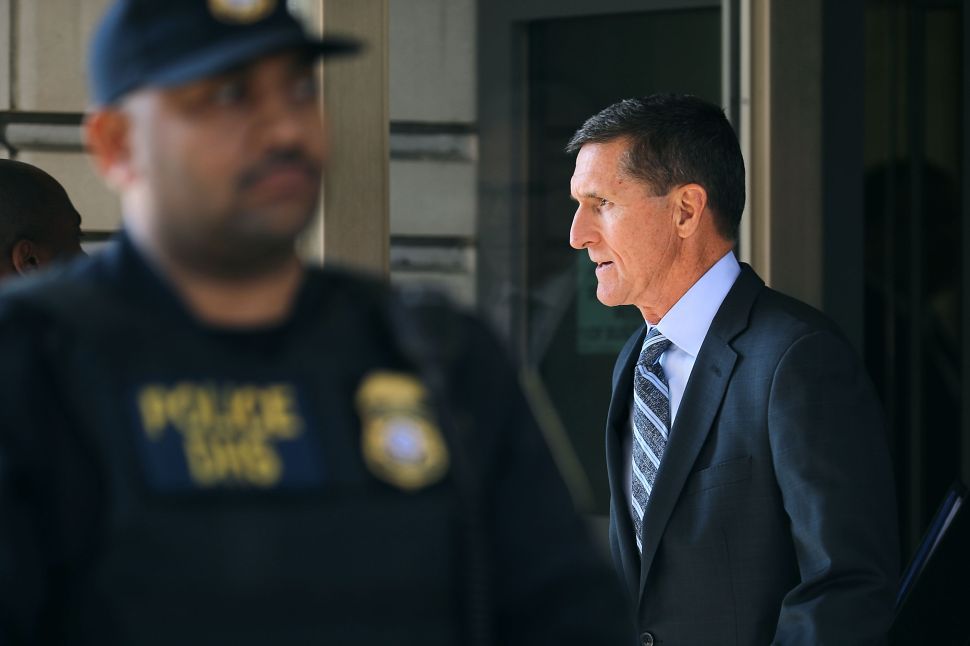