Breaking stories, scandals and analyses can often make it difficult to cleanly map our history. While the election of President Donald Trump upended longstanding approaches to geopolitics, statecraft and nationalism, determining which of those dominos will shape tomorrow’s world is no easy task. This is especially true with regard to foreign policy, where individual actors have assumed the responsibilities of international institutions.

Though academics and diplomats alike claim the “liberal international order” is jeopardized by Trump, the president’s recognition of Jerusalem as the capital of Israel is a milestone for a Western movement rooted in European Enlightenment and colonization. In recognizing the Zionist claim to Jerusalem, Trump has given Israel its biggest victory yet, crushing the vestiges of Palestinian resistance and establishing Empire.

Few ethno-religious political movements emerged quite the way Zionism did. From its early reformation under Theodor Herzl in the 1890s, Zionism was a controversial claim to Jewish sovereignty that garnered enormous criticism for challenging the status quo of Europe and the underlying religious principles of the Jewish faith. Its architects sought an immediate solution to the deplorable living standards throughout the Diaspora and used the Russian pogroms as a catalyst for organizing widespread Jewish and allied support for the colonization of Palestine.

Through rhetorical sleight-of-hand, Herzl re-constructed and modernized the Jewish historical narrative by interweaving cultural themes of the European Enlightenment with the role Jews played during antiquity. While this had been done by Zionists well before Herzl, the activist built upon the ideas of Haskalah, the previous Jewish enlightenment period that emphasized the revival of Hebrew, in a time where there was a universal excitement among Jews toward what it meant to be Jewish. There was suddenly a bridge between the old and the new that made Jewish heritage more accessible to a younger generation eager to participate in nationalism, like their European counterparts.

At the core of this awakening was the Jewish claim to Palestine and the return to the provincial homeland. Improvements in technology echoed Herzl’s Zionist message throughout the Diaspora and rallied Jewish networks. Whereas the Jewish people once viewed themselves as martyrs awaiting the return of the Messiah, dependent on the mercy of anti-Semitic regimes, the rise of Jewish nationalism marked a turning point where the Jewish people became their own historical agents.

The Zionist movement was strong enough, in both its founding and its following, to achieve legitimacy within the imperial frameworks governing Europe and the Ottoman Empire prior to World War I. In 1897, the World Zionist Organization formed to consolidate Zionism’s movement into a political presence throughout the international community. Elected Jewish officials served as diplomats who presented the Jewish problem as a global issue, rather than an anomaly within states. The Zionist movement was further legitimized after Great Britain proposed a charter plan for Jewish settlement in East Africa.

Zionists clung to their narrative as grounds to pursue an indirect path to colonization in Palestine, deploying their growing political capital with Western Europe. With the financial backing of the Rothschild Family and England’s willingness to stronghold Ottoman rule in favor of Zionist immigration policy, Zionism achieved more power leading up to World War I. Though the first wave of settlers, Aliya, struggled with unfamiliar agrarian practices, the second and third waves implemented public education, infrastructure and customs.

When the British government issued the Balfour Declaration in 1917, Zionism’s legitimacy was recognized in-full. British statecraft continued to flirt with the notion of a Jewish state under Palestine’s Colonial Secretary, Winston Churchill. Though Churchill annexed off 75 percent of the region to an Arab sherifan who was neither Palestinian nor Jewish, he also backed a massive electrification process to sustain Jewish settlement while further committing Britain to the Zionist cause.The atrocities of World War II and the Holocaust drove a fifth Aliya to Palestine, proving to world powers that Jewish assimilation into European society was impossible: The only solution was a nationstate offered by the Zionist movement. In 1947, the UN General Assembly partitioned Palestine into two new states, an offer Palestinian representatives rejected. After British forces withdrew from the area in 1948, David Ben-Gurion, the chairman of the Jewish Agency for Palestine, announced the formation of Israel.

The 1948 Arab-Israeli War displaced 700,000 Palestinians from their homes and created a refugee crisis that continues to this day, also cementing Zionism’s ability to defend itself from multiple foreign adversaries.

Since Israel’s formation, the state has won eight recognized wars and become the number one recipient of U.S. aid. It has developed one of the most sophisticated armies in the world and economic powerhouses of industry. Just as the United States architected its hegemony off the posterity of Washington, Jefferson, and Adams, using the myth of manifest destiny to conquer westwards, Zionists drew from Herzl’s vision while building a paramilitary state out of survival.

President Trump’s recognition of Jerusalem as Israel’s capital is the newest milestone in Zionism’s longer narrative for national autonomy, one in which the persecuted became the persecutors. To claim Jerusalem is to claim the city’s religious significance; the Western Wall, Temple Mount, Jesus’ crucifixion, Muhammad’s connection to God. Israel’s recognized claim to Jerusalem by the leading world superpower cements Western dominance in the Middle East, concluding Zionism’s renaissance while further exacerbating nationalist tensions. 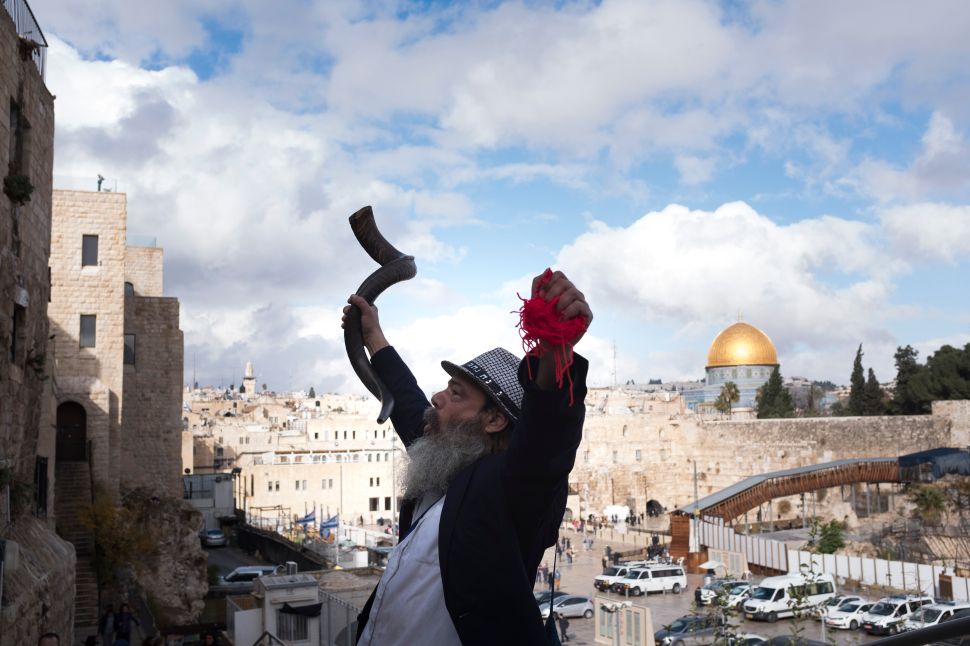