As 2017 draws to a close, how different might the last year have been had Hillary Rodham Clinton been elected as the 45th president of the United States? Clearly, where one stands on the political scale defines this hypothetical answer. Yet, the tragedy is that the highly polarized, divisive and pernicious condition of American politics suggests that no matter how unpopular President Donald Trump is today, a President Clinton might not have been much better received.

For Republicans, Clinton would have been a catastrophe. In their view, America would have continued to proceed down the disastrous path of President Barack Obama. Obamacare would have survived. There would have been no tax bill. With a Republican Congress, the Supreme Court would remain deadlocked 4-4 as the Senate would not confirm her nominee.  Pandering to minorities and special interest groups, which is a Democratic priority, would have further divided the nation.

Foreign policy would be just as bad under President Clinton, who would have refused to take tough stands against North Korea and Kim Jung Un, preferring to follow the failed policy of “strategic patience.” NATO would continue to remain “free riders” with the U.S. still shouldering the lion’s share of defense spending. Jerusalem would not have been recognized as Israel’s capital. The Islamic State would remain in control of large slices of its caliphate in Iraq and Syria. China would continue to manipulate trade and currency and expand its influence even more.

In sum, Clinton would have made both the “swamp” in Washington and the “deep state” even deeper and more dangerous to the American public. Free enterprise would be less free. And the stock market and unemployment gains of the last year would never have been made.

Democrats, of course, would have made the absolute opposite case. At home, regulation would have remained the only way to govern, given a Congress dedicated to ensuring President Clinton was a one-term chief executive. The complete deadlock on both ends of Pennsylvania Avenue would have given Clinton the opportunity to use the executive branch as the only means of defending the middle and lower classes against the rich. Her appointees as federal judges would have reflected this focus. When the Senate refused to confirm the ninth Supreme Court associate justice, that denial gave the White House the “bully pulpit” to attack Republicans.

In foreign policy, Clinton would have only threatened to withdraw from the Trans-Pacific Partnership (TPP), instead negotiating changes that were acceptable, thus diminishing China’s influence in Asia. As her forceful stand that led to American intervention over Kosovo in 1999 when her husband was president and in 2011 in Libya demonstrated, Clinton would have been far tougher on the Islamic State and Russia. She would have ended the caliphate much sooner and rallied the Arab and Muslim nations more effectively against radical Islamists. As a woman, she would have pushed Saudi Arabia and the young crown prince far harder toward modernization. Nor would she have ignored Russian interference in American elections.  President Vladimir Putin would have far tougher going and would not be able to charm Clinton as he has Trump. Still, Clinton was not very popular, with favorable ratings in the low 40 percent range.

Of course, no one knows what a Clinton presidency would have done to change the past year. A few observations are relevant. At home, the stock market would have risen and unemployment would have remained low no matter who was president. Both are more affected by long-term forces than presidential elections, which almost always have little short-term impact on the economy.  No doubt, Clinton would have canceled TPP.

But she would have remained in the Paris Climate Change Accord and the nuclear deal with Iran which may prove to be two of the most damaging errors made by Trump in withdrawing and decertifying. About the Islamic State, every indication suggests a very aggressive stance. About North Korea, diplomacy would have played a stronger role. And the best (and perhaps only) benefit of Clinton would be no more policy by tweet.

Given the explosion of cases of sexual misconduct, former President Bill Clinton would have been more than an embarrassment and a continuing source of controversy. The Russian investigation would have not focused on Trump, but on Russian interference. And it was possible that Trump might have filed a lawsuit challenging the legitimacy of the election.

All of this is speculation. Clinton did not win. Trump did. The sad conclusion is that neither may have had the “right stuff” to become an effective and unifying president.

Dr. Harlan Ullman is chairman of two private companies; senior advisor at the Atlantic Council and Business Executives for National Security.  His latest book is Anatomy of Failure—Why America Loses Every War It Starts. He is @harlankullman. 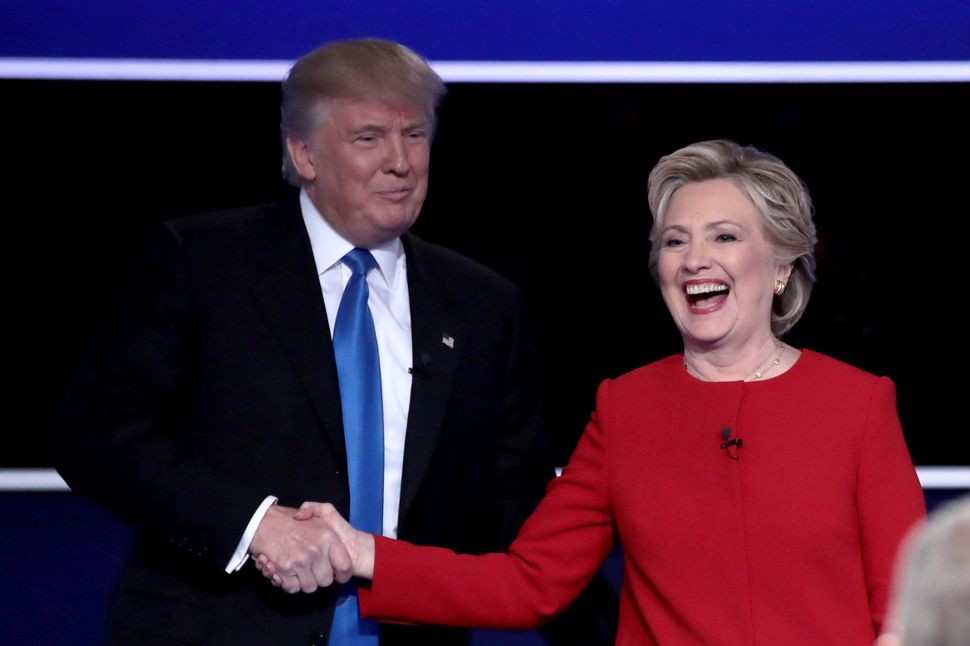