Now that the Chinese Communist Party has cemented President Xi Jinping’s status as China’s unquestionable ruler, comparable to Mao, what can the world expect from him?

History can give us a clue. China became a unified nation for the first time in 221 BC, making it 1,997 years older than the United States of America. During that long history, it has seen countless internal rebellions and frequent invasions. Often, outside forces, such the Mongols, conquered China and imposed a dynasty that was eventually absorbed into China’s.

The emperors of China all had the same goal: absolute authority—just like Xi now. The governing system was and is top down. The economic, legal, social, and military spheres all reported to the emperor. Chinese officials were to interpret or imagine what the emperor wanted. Without independent legal or representational bodies, China became closed to the world, rigid and brittle.

The only mechanism to replace an emperor when he or she lost the “mandate of heaven” (a Chinese term roughly meaning legitimacy), which happened if subjects deemed an emperor unjust, was rebellion and civil war. China had these in abundance. Uprisings were the Chinese ballot box.

The population of England in 1839, the year of its first war against China, was around 14 million. The estimated population of China was around 400 million. So how did Britain, with 3.5 percent of China’s population, win the war and force China into more than a century of humiliation that only ended with the handover of Hong Kong in 1997?

Authoritarian rule destroys nations. Despite its present muscular stature, Xi’s China is heading into decline. A 21st century country simply cannot be run by one person.

Xi has consolidated all power. His pithy 14 governing principles are now permanently chiseled into the Communist Party’s constitution, the Chinese state’s legal equivalent of Mt. Rushmore. Yet these “principles” would not get a passing grade in a freshman management course. Not that it matters: They were enshrined by the recent Communist Party Congress without a single dissension. Of course, there could not be any dissension. Xi removed all his enemies by arresting them on corruption charges or making it clear that any dissent would lead to imprisonment. America has enshrined the principle of “one man, one vote.” The Chinese equivalent is “one man, 1.4 billion votes.”

Xi will continue his purge of military figures, human rights lawyers, journalists, and any defiant officials. The Politburo (China’s governing body) has now been reduced, as in ancient China, to a court of eunuchs.

But even this is not enough. Xi is going after self-made princelings, the ultra-wealthy businessmen who have used their connections (and sometimes skills) to build world-class wealth. Xi needs to tame them, as they could challenge his rule. Or he may just want their money.

We now have Chinese billionaires turning up in the U.S., such as Guo Wengui, who claims to have all the dirt on Xi and his close comrades.

As I have written before, Xi may need all the power he can get. Debt-ridden China is heading toward a rocky shore in a leaky vessel. It all looks good now, but like Japan and the Asian Tigers before, credit and loan-fueled economic binges end badly. China’s debt is more than 300 percent of GDP; throw in private debt, and it is much higher.

The real problem with one-man rule is that no one knows you are going over a cliff. Limiting the internet, with its flow of ideas, guarantees that China will not develop the intellectual capacity to raise questions that need to be answered.

Think for a moment about decision-making in a China with one-man rule. Decisions by every citizen have to be second-guessed, lest it offend Xi. If you doubt that, just ask one of the numerous businessmen rotting in prison for running afoul of Xi or his thought henchman.

Xi is reported to be a student of history, especially the dissolution of the Soviet Union. While he has studied that event closely, he may have drawn the wrong conclusions. Instead of maintaining that the political freedoms granted under Gorbachev’s Glasnost led to its collapse, Xi should realize that the Soviet Union fell because centralized, nondemocratic rule created a failed economy, corrupt institutions, and a demoralized citizenry.

Xi could also come to understand that one man ruling a country the size of China guarantees it will fall behind other, more dynamic states. Pressuring the judiciary and curtailing freedom of speech will propel China into the future with bound minds, a modern-day incarnation of the ancient Chinese custom of bounding women’s feet. Unable to walk properly, they endured decades of pain.

We can only hope that Xi and China choose a new path before it is too late. A floundering China would not only be bad for itself. It would be bad for the entire world.

Jonathan Russo has been observing and writing about the Mid-East, domestic politics, and China for decades. He has been an executive in the New York media world for over 40 years and resides in Manhattan. 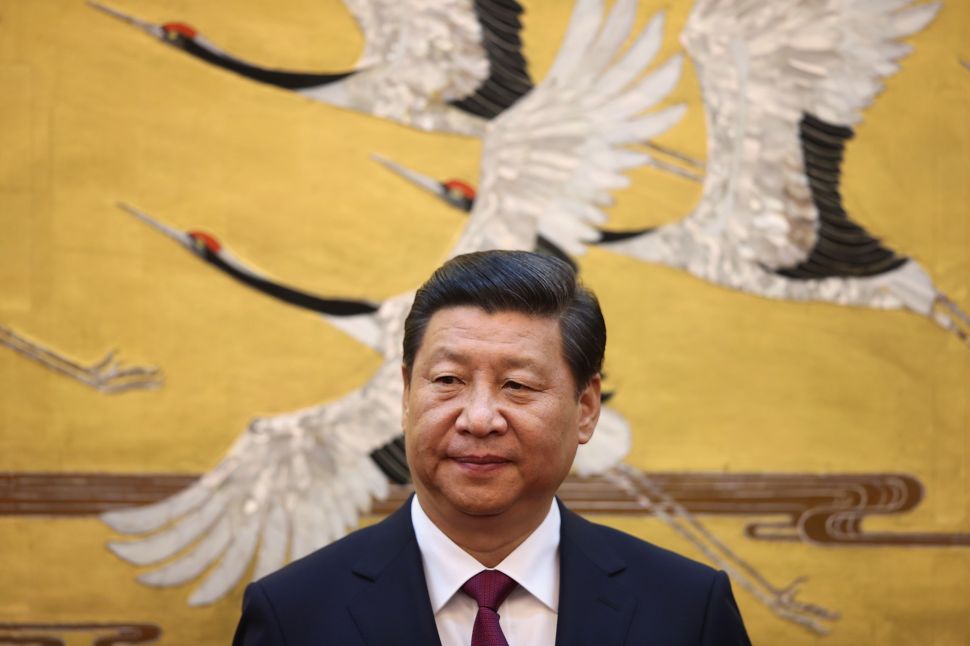