We are closing the book on 2017, saying goodbye in a few weeks to our larger-than-life governor, Chris Christie, and saying hello to his richer-than-life successor, Phil Murphy. But it was an exceptionally busy year for virtually all the major players in New Jersey politics.

Here’s who came out on top and who could have had a better year in 2017:

Phil Murphy
Just two years ago, the former ambassador to Germany was largely unknown in the state and poised for a bitter primary battle in 2017 against some of New Jersey’s biggest political names. But Murphy persevered. He announced his candidacy early and, by 2017, scored valuable endorsements up and down the state and all-but locked up the Democratic nomination. With the state swinging to the left after the tumultuous tenure of Gov. Chris Christie, Murphy’s primary victory all but secured him a win in November, a race that was called in his favor just moments after the polls closed.

Bob Menendez
The Senator survived his corruption trial after being accused of accepting bribes in exchange for political favors. The case stretched from September to November, ending after jurors couldn’t reach an agreement on a verdict. The mistrial has breathed new political life into Menendez. He is poised to announce a re-election bid and has already secured support from prominent state Democrats. And if you were digging his political grave, he knows who you are and won’t forget you.

Chris Brown
Assemblyman Brown’s election to the state Senate was the lone bright spot for the New Jersey Republican Party this year. Amid losses, Brown was able to unseat a Democrat in November and enter the upper house of the state Legislature.

Julie Roginsky and Brendan Gill
The two political operatives were the architects of Murphy’s victory and helped swat away Democratic competition before anyone could gain ground on Murphy.

Steve Sweeney
The battle in the third legislative district between Sweeney and the New Jersey Education Association was likely the most expensive legislative race in U.S. history. Sweeney faced the wrath of New Jersey’s largest teachers union over pension payment disagreements, and the group took the unusual step of endorsing Sweeney’s Republican challenger. But, in the end, Sweeney won by a decisive margin.

Chris Christie
Christie’s final year in office was marked by a government shutdown and an unforgettable day at the beach. He will finish with a historically low approval rating, a far cry from where he was this time four years ago, when he was fresh off a dominant re-election victory and considered a presidential frontrunner.

The State GOP
Republicans had a bad year in New Jersey. In addition to losing the governorship, the party saw its minority shrink in both houses of the Legislature. State Republicans have to rebuild the party amid widespread discontent with President Trump and the GOP in New Jersey.

Vincent Prieto
Despite his initial refusal to step aside and early confidence that he could hold onto the speakership, Prieto was pushed out of his position this year by Craig Coughlin, a previously little-known lawmaker from Middlesex County.

Kim Guadagno
Sure, Murphy had a massive fundraising advantage and was probably going to win no matter what. But Guadagno was never able to take advantage of Murphy’s campaign inexperience and garner any real momentum in the race. She lost by double digits.

Scott Garrett
Defeated by Josh Gottheimer in 2016, Garrett resurfaced as President Trump’s nominee to become head of the Export-Import Bank. There was just one hitch. Garrett, a small government conservative who curiously takes and seeks a lot of taxpayer-funded jobs, famously opposes the very existence of the Ex-Im Bank. And his fellow Republicans in the Senate have indicated that his nomination will not be approved. 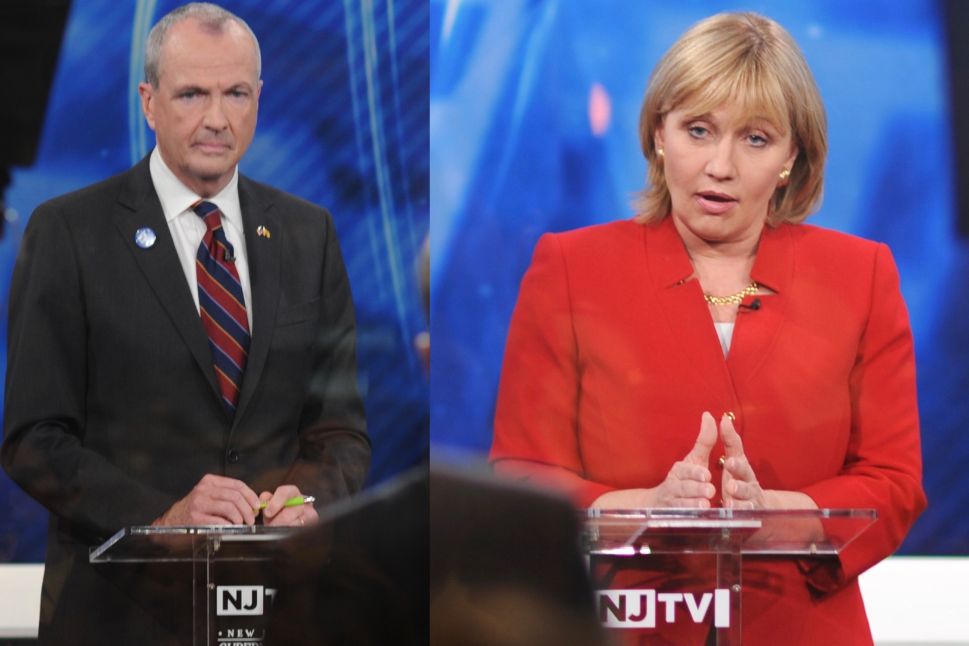