Longtime Zimbabwe watchers seemed stunned by the turn of events earlier this month, which eventually led to the removal of Robert Mugabe, the dictator of the small southern African nation. His ouster has given the people of several countries hope that their longtime authoritarian leader might leave office or be forced from it. Who is next to go? And will Zimbabwe’s own coup produce a better regime for the future?

Why Mugabe Was Pushed Out

In October, AfricaNews.com wrote this of Robert Mugabe: “With the unflinching support of the ruling ZANU-PF party, the influential war veterans and the army, Mugabe’s only potential replacement seems to be his wife Grace Mugabe. Grace is quoted to have said that, ‘I know that President Robert Mugabe is 91 years old, but he is the best leader we have, I am going to be learning from him.’”

How quickly the mighty fall from power.

Mugabe’s overnight overthrow by his military and vice president, Emmerson Mnangagwa (who had been fired by Mugabe), show that even a seemingly invincible leader with more than 30 years in office can be swept aside quickly. But as Claire Felter with the Council on Foreign Relations writes, his fall was hardly due to chance. “Mugabe’s alleged misuse of federal funds was linked to underfunded or dysfunctional government departments and programs… The country experienced drops in life expectancy and per capita income between 1990 and 2005, as well as a notable decline in its ranking on the UN Development Program’s Human Development Index (HDI).”

As the Washington Post noted, Mugabe’s ousting sent a chill throughout the authoritarians of Africa who once felt secure on their thrones.

The Next African Dictator to Leave Office

Seven leaders in Africa have been in power for more than 25 years, and some are considered likely to go the same way as Mugabe. These are countries that, like Mugabe’s Zimbabwe, score poorly on the Human Development Index (HDI), have poor democracy scores on the Freedom House measure, and have political problems that make the country ripe for revolution.

Topping the list is Omar Al-Bashir of Sudan. He may have prolonged his stay in power by letting Southern Sudan go after a bloody sectarian war, but he has problems that go beyond that dispute. His old support for Osama bin-Laden and Al-Qaeda has never endeared him to Western powers. The internationally respected rights group Freedom House lists Sudan as one of the least free countries in the world, with a score of six on a scale of 1-100. And it ranks 165th in the world on the Human Development Index (HDI), well below the Sub-Saharan African average of 0.523 and well-below Zimbabwe’s HDI score of 0.516.

Chad’s Idriss Deby is a survivor. Having ousted Hissen Habre 25 years ago, he survived a coup attempt from his Defense Minister Togoimi, as well as Libyan meddling and conflict spillover from Sudan’s Civil War. If anyone knows how to dodge a revolution, it’s Deby. At the same time, Chad is the third poorest country in the world and is rated 0.396 on the Human Development Index, despite the presence of oil in the South. Deby incurred the wrath of foreign investors by demanding more nationalistic rents, which may have led to his country being targeted by terrorists. His Freedom House score is marginally better than Sudan’s (18), but not by much.

Uganda’s Yoweri Museveni led an impressive guerilla campaign to knock Dr. Milton Obote aside and bring progress to his country. But that was 30 years ago, and Uganda is only one spot better on the Human Development Index than Sudan, well-below the Sub-Saharan African average. His Freedom House score of 35 is much better, and elections are pretty competitive. He won reelection in 2016 narrowly, allowing him five more years of ruling. If he values a legacy, stepping down before that date would help him achieve it.

Paul Biya of Cameroon has to keep checking over his shoulder. The people are doing a little worse than the regional average, and they rank 153rd in the world in human development. While his democracy score from Freedom House is 24, better than some in the region, Biya has some political problems. He has won elections over the last 35 years, though he is accused of rigging them. Moreover, his cozy ties with the French, the former colonial master, has turned off many in his country, according to AfricaNews.com. And there’s plenty of corruption in the country.

Will African Democratization and Zimbabwe’s Revolution Produce a Better Government?

There’s optimism in other portions of Africa. Longtime Angolan leader Jose Eduardo Dos Santos stepped aside and allowed elections. Tanzania may have the same ruling party win elections, but strict adherence to term limits produces a decent HDI score for the country (above the Sub-Saharan average), and even a “partly free” designation from Freedom House. Popular Tanzanian President John Magufuli even rejected a call to extend his rule beyond the constitutional two-term limit. Those embracing freedom like Botswana (HDI = 0.698), South Africa (HDI = 0.666), and Namibia (HDI = .640) lead the way on development for all of their people, not just the leaders or their cliques.

Now that Mugabe’s gone, is there a chance for real reform? “The mood in the country, there is a lot of initial rejoicing, closely followed by apprehension of trading one dictator for another,” wrote a relative of one of my students, who lives in Zimbabwe. “The instability and questionable motives make the longevity of the new regime unlikely. Support from the military and police is what the new regime solely relies on.” Indeed, the new regime will have some work to do before it earns the trust of its citizens. 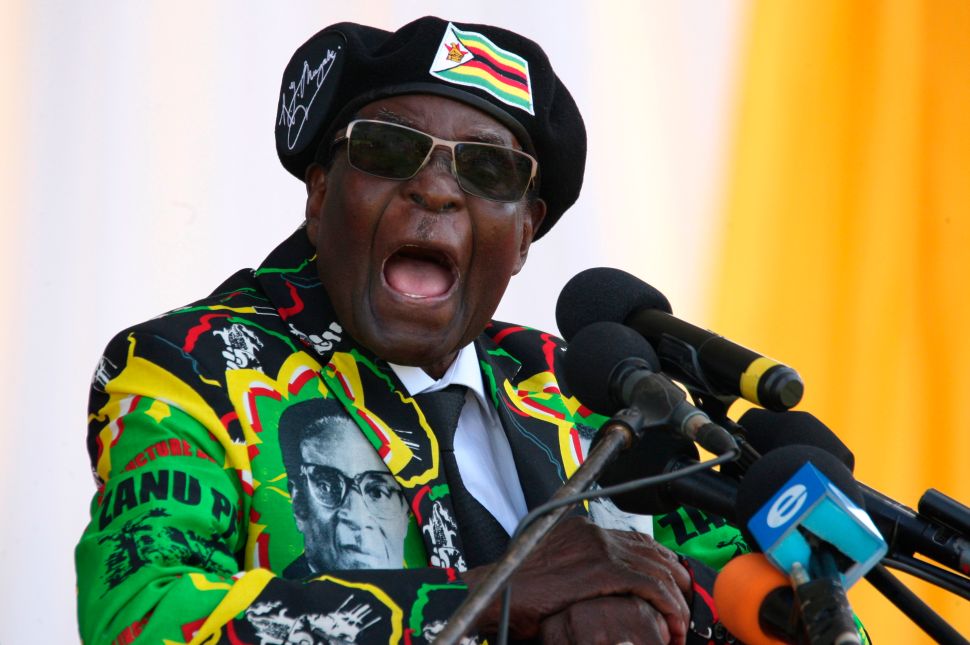