The Peak TV onslaught doesn’t look like it will slow down in 2018, with a number of new and returning shows set to hit screens in the coming weeks. To help you make your 2018 viewing choices, here are some of the most stylish and interesting shows of the forthcoming year.

One of the most anticipated January debuts is the second installment of Ryan Murphy’s American Crime Story. After a delay in the proposed Hurricane Katrina season, Murphy has decided to do back-to-back celebrity murders from the 1990s, following on from recreating the O.J. Simpson trial with The Assassination of Gianni Versace (January 17). Fashion is intrinsic to this story. Garish prints, bold color, opulent decor and plenty of skin are all on the menu. Costume designer Lou Eyrich—a regular Murphy collaborator—had to recreate this world without the help of the fashion house. From her recent work on Feud it is clear that Eyrich is more than up to the challenge of delivering iconic looks that mirror the decadent period they are from. Get ready to relive 1997.

Sticking with the murder theme, but going back to the end of the 19th century is TNT’s new series The Alienist (January 22), based on the best-selling book of the same name by Caleb Carr. No, this isn’t an early take on Mulder and Scully. Instead this one looks like a good option for fans of The Knick and Mindhunter. Set in New York City in 1896, an investigative journalist teams up with a psychologist to help solve a series of disturbing murders. Starring Daniel Brühl, Luke Evans and Dakota Fanning, the production looks exquisite. Chokers, high collars, dramatic shoulders and hats with veils are all on the sartorial menu.

If you want your period fare with a little less murder then the return of Victoria on PBS (January 14) should please you. This is also one for fans of The Crown in need of a British monarchy fix after finishing the second season.

It isn’t all dramatic gowns from the past in the new year, there are plenty of contemporary options to give you style inspiration. One person that always stands out on the red carpet is Yara Shahidi, who sets off from Black-ish in her own spin-off.  Zoey is off to college in Grown-ish, premiering January 3 on Freeform. Bright, bold and politically inspired looks (reminiscent of “The Future is Still Female” T-Shirt she wore on a recent Black-ish episode) will likely be what’s in store.

Paramount Network, which launches on January 18, will take on a cult classic when they debut their Heathers adaptation on March 10. Fans of the original know, there’s quite a lot to live up to in the style stakes. The new Heathers ditch preppy blazers for an edgier look featuring fishnets, bomber jackets and faux fur.

Mixing Thelma and Louise with Breaking Bad, new NBC drama series Good Girls (February 26), starring Christina Hendricks, Retta and Mae Whitman, will offer plenty of contemporary and wearable looks. The big Roseanne revival is set for March 27 if you’re looking for a dose of ‘90s nostalgia while in your comfiest plaid shirt.

In the category of extraordinary humans, the CW is adding another superhero to their impressive roster with Black Lightning premiering January 16. Cress Williams plays Jefferson Pierce, a.k.a the now-retired Black Lightning. Expect a lot of sharp suits from this character, in his day job he’s the principal of a charter school. But there is a suit of a different kind calling him.

Family is power. #BlackLightning premieres January 16 on The CW!

One things is very clear about television at the start of 2018; there are still a lot of options covering a variety of genres in both period and contemporary settings. Expect great style from new series and returning favorites in the coming year. 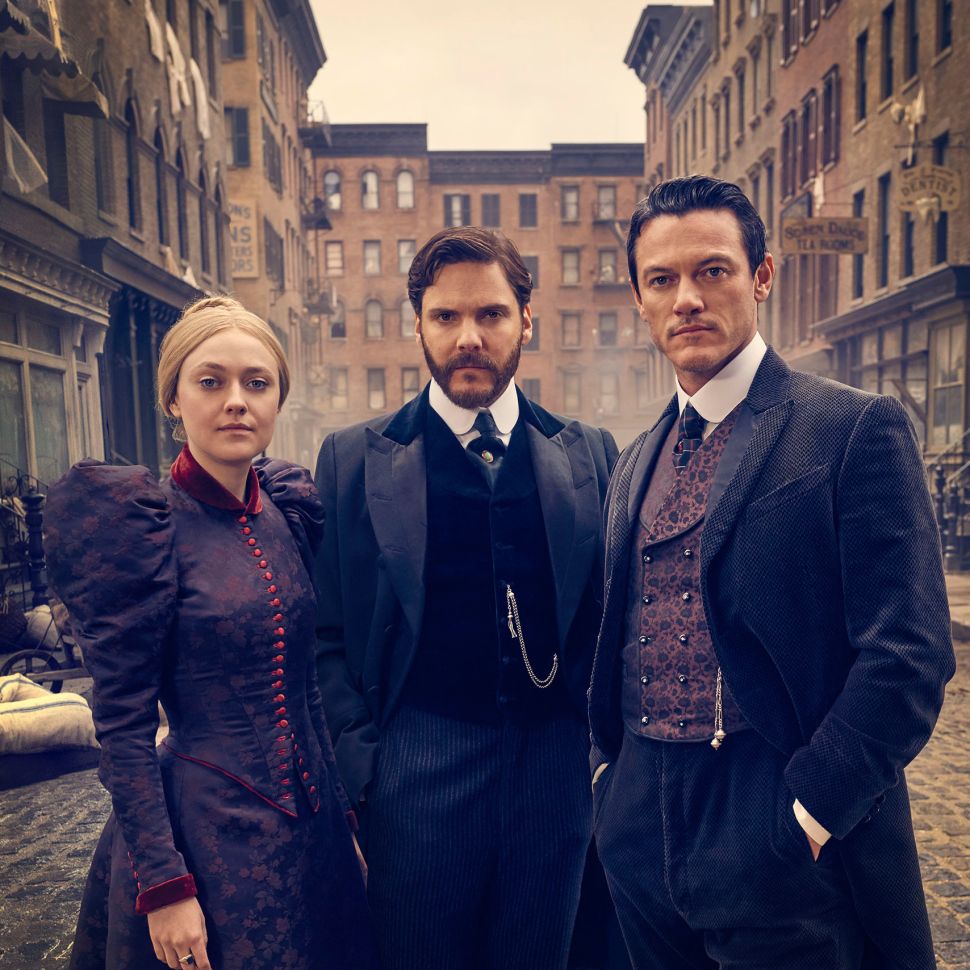