Since its inception in 1967, the Consumer Electronics Show (CES) has served as a platform for the public to learn about the newest technology advancements—more specifically, how technology will change every day life.

This year’s CES is opening on Tuesday in Las Vegas. More than 4,000 companies will showcase their latest products, and 1,200 speakers from Silicon Valley startups to industry giants will discuss the frontiers in telecommunication, media, robotics and others.

All Eyes on Alexa

Like last year, Amazon’s voice assistant Alexa will likely draw more than its fair share of attention at the event. Over the four-day event, nine sessions will focus just on Alexa, covering topics ranging from basic use—how to build a smart home with Alexa, the art of talking to Alexa, etc.—to wild thoughts, like integrating Alexa voice into other products and how to help improve Alexa’s memory.

Amazon Echo, which is powered by Alexa, owns 76 percent of the smart speaker market share in the U.S., according to Consumer Intelligence Research Partners (CIRP). Google and Apple are both launching voice assistant products to compete with Amazon.

Whether you understand it or not, artificial intelligence (AI) is an impossible buzzword to ignore. This year, CES will introduce an AI category for the first time in CES Marketplace, where thousands of companies exhibit new products. The AI marketplace will showcase the application of AI in a wide range of areas, from robotic pet toys to obstacle-detecting cameras for self-driving cars.

“AI has the power to change the world, and companies such as IBM are using the CES platform to share their latest breakthroughs and insights,” Karen Chupka, a senior vice president of Consumer Technology Association (CTA), the organizer of CES, said in a statement.

CES will also have a conference track dedicated to AI, featuring speeches and roundtables on how businesses are putting AI to work and how the prevalence of AI will affect humans—both as consumers and as workers.

Google will appear at the show with a stand-alone booth, a first in a few years. The battle between Amazon and Google in the smart speaker sector is a closely watched race by industry observers. Combined, the two companies own 92 percent of the smart speaker market globally, according to U.K.-based consulting firm Strategy Analytics. Google is currently lagging behind Amazon in market share but is quickly catching up. Google sold more than 6 million Google Home devices in the 2017 holiday season, Business Insider reported.

Celebrity Speakers to Watch for

Cristiano Amon, president of Qualcomm, Hans Vestberg, president of Verizon, and Qi Lu, chief operating officer of Chinese Internet giant Baidu, will talk about the future of a 5G network on Wednesday. 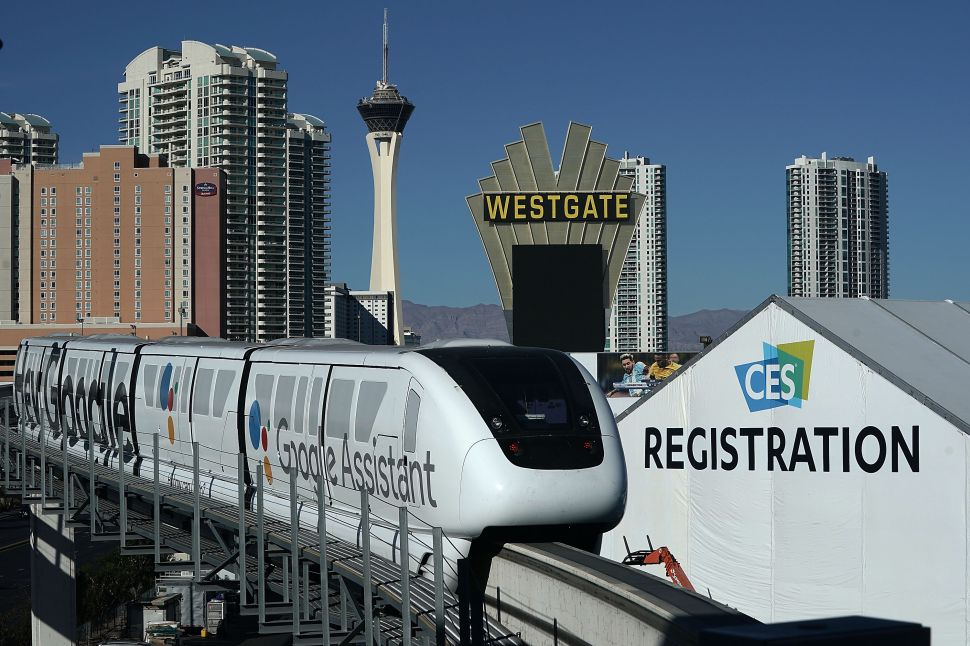