“I just can’t stand my Publisher. She’s evil. She’s vapid, narcissistic, tyrannical, demoralizing and yet somehow she is never held accountable for her behavior. She keeps rising up. I just don’t get it. She creates so much internal turmoil and pits us against each other, but for some reason everyone (outside our group) looks up to her and buys her bullshit,” says my dutiful, 20-something publishing client.

“Funny how that works,” I say to her.

“She terrorizes everyone and completely gets away with it! It’s not fair! She doesn’t actually do any work, just stirs up drama to make us fearful and push us to work harder,” she says. “I just don’t know how to handle it anymore. I really need help navigating these waters, because right now I’m drowning. Can you give me some tools for managing office politics?”

Stop playing everyone else’s game. Start your own.

“Don’t play her game.” I tell my client. “Learn to play your own game.”

“What do you mean?” She says. “I don’t understand. She’s the boss. She makes the rules. If I want a job, I have to play by her rules.”

“Not necessarily,” I tell her. “She’s just playing the only game she knows how to play—the game of fear. If it doesn’t work for you, create a new game and make up some new rules for yourself—even if you’re the only one playing it.”

Rule #1: Recognize that you can’t negotiate with crazy; it makes you just as crazy.

Why make yourself nuts fighting an insane situation? You can’t fight fire with fire. Not only is it ridiculous to try, it’ll just get you burned. If you’re dealing with a boss who’s not centered in his or herself, then fighting them will only throw both of you off track—nothing will get accomplished.

“Don’t be in it to try to prove her wrong,” I tell her. “Be in it because your intention is to heal the situation. Think about it, who is crazier, her for her tyrannical behavior or you for trying to get her to see it? Don’t try to get her to see your view-point, it isn’t about being right. It’s about doing the right thing and sometimes the right thing is to respectfully walk away,” I say to her. “She’s your boss, so just give what’s expected, keep your head up high and don’t get dragged down in the mud.”

Rule #2: Keep your side of the street clean.

“Keep your integrity high and if her mess starts expanding over to your side, be the bigger person—don’t throw it back, just pick it up and throw it away. If you don’t give her a reason to fight back, she’ll move on to something or someone else,” I tell her.

People generally do not have a reason to go after you if you keep your nose down and keep your productivity and morale high. If you work towards keeping your own side of the street clean, people will want to hang out there more often.

If you’re trying to help everybody, you’ll help nobody. It’s like the oxygen mask—you need to save yourself before you can save anybody else.

Office politics can be a dog-eat-dog world. Everyone has to learn to navigate their own way through it. Do what you have to do to stay alive while upholding your personal work ethic. As long as you are doing and acting out of a place of kindness, equanimity and integrity, you’ll be doing right by others. When superman demonstrates that higher personal vibration, everyone wins.

Rule #4: Put up a glass wall and while you’re at it, close up all the sides.

Metaphorically speaking, the beauty of a glass wall is that it keeps the “crazy” on the other side. Now you can still see that crazy in your daily interaction, but there is no way you can hear it and it can’t touch you or affect you. This is the degree of mental detachment you want to try to cultivate in the workplace.

“Cultivating a degree of equanimity of mind suggests that it doesn’t matter what happens around you at work, you are unwavering,” I tell her. “Just throw all the office villains into a virtual fish tank—throw a lid on it and just observe the nonsense from a distance. This is more of a mental exercise to extradite yourself from the clutches of politics. Not to mention the fact that people look pretty stupid in a fish tank.”

Rule #5: Lead by example or get out of the way.

You always want to contribute to the solution, not be part of the problem. If you’re not living the higher side of your life and if you’re not setting a better example for others, you’re just in the way. Be your best self—everyday—despite what is going on around you. Your presence will inspire others to do the same.

Rule #6: Cut your losses before you get cut.

Sometimes we spend so much time trying to plan our next move in the game when in reality we should be finding something new to play. Be honest with yourself. If the environment is not helping your growth and the drama is only hindering your progress, it would be wise to make another choice for yourself. There aren’t enough savvy political moves that’ll ever make a job worthwhile for you. Navigating politics is a wonderful tool of emotional intelligence, but sometimes the most emotionally intelligent thing you can do with a difficult political situation is to leave it.

Donnalynn is a Certified Intuitive Life Coach and the author of Life Lessons, Everything You Ever Wished You Learned in Kindergarten. Read her full bio here. 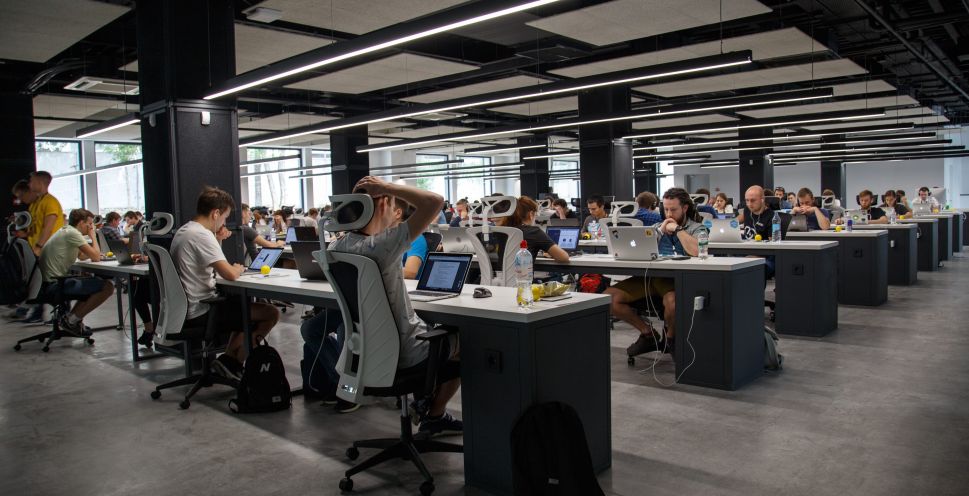