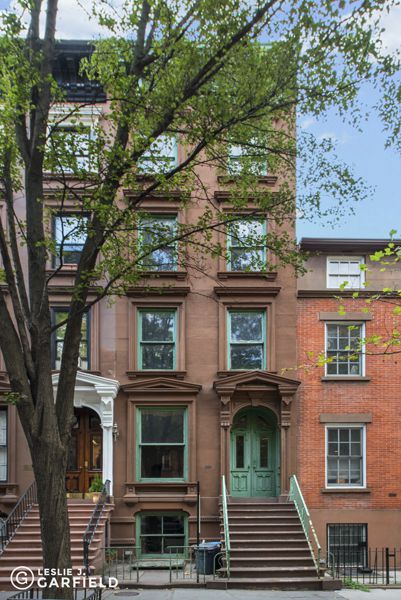 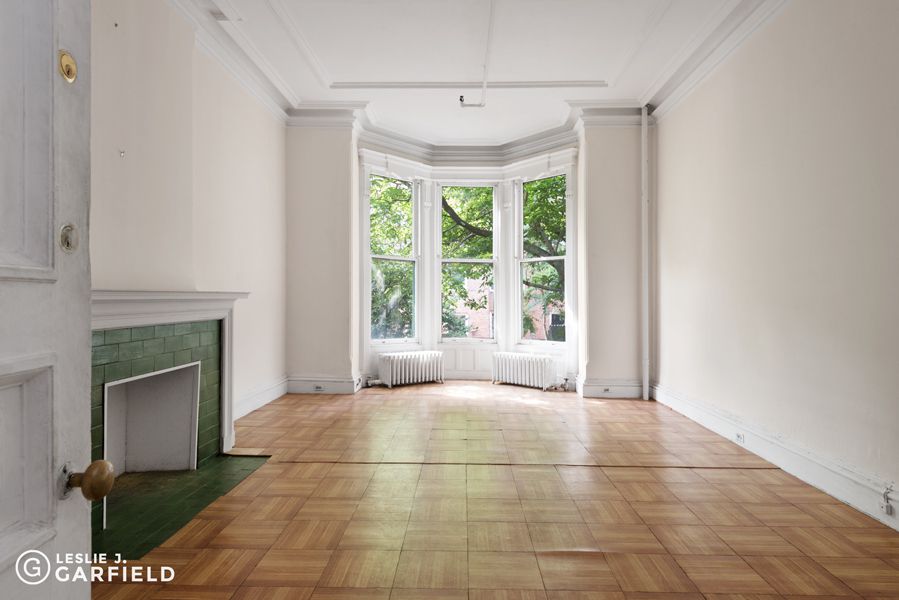 It's in need a restoration, per the listing.
Leslie J. Garfield 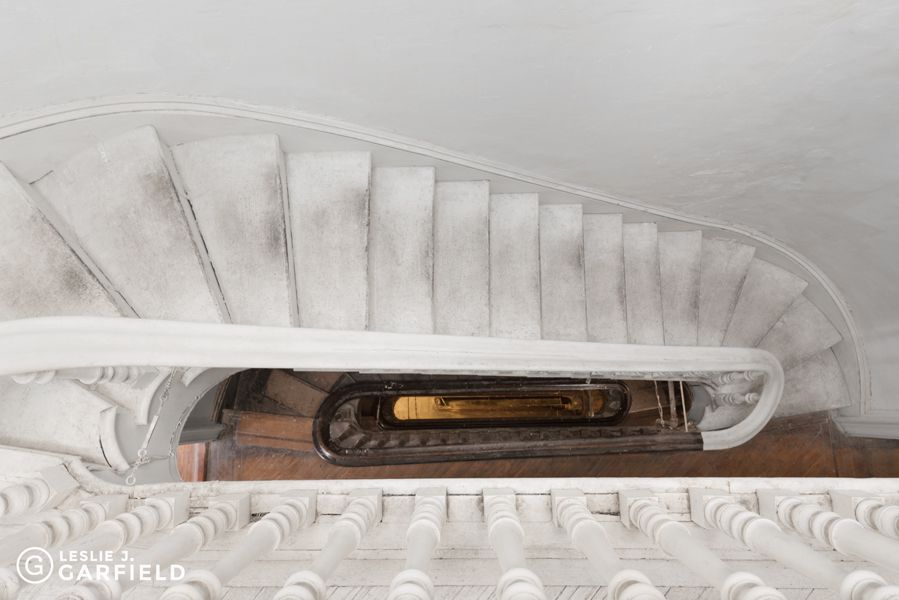 A skylight is right over the center stairwell.
Leslie J. Garfield 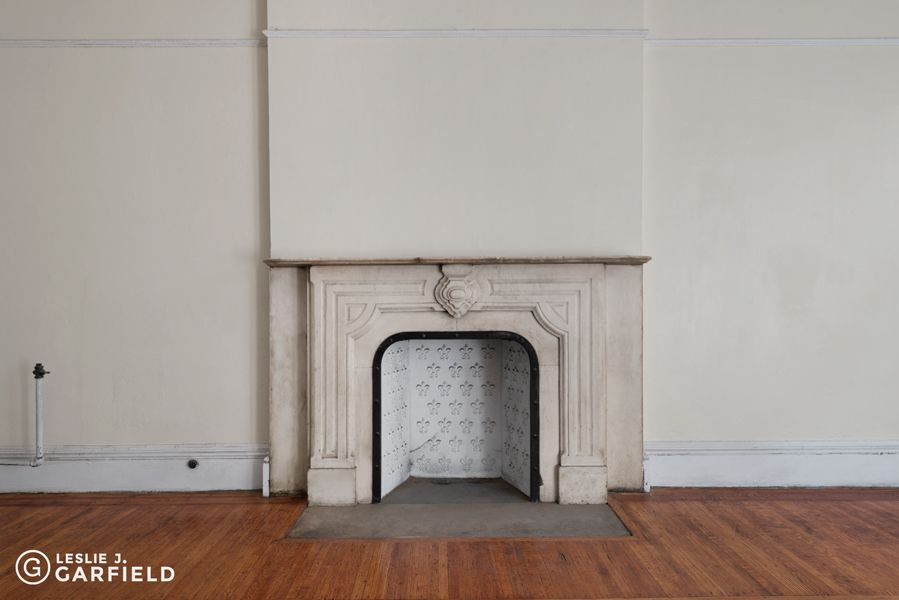 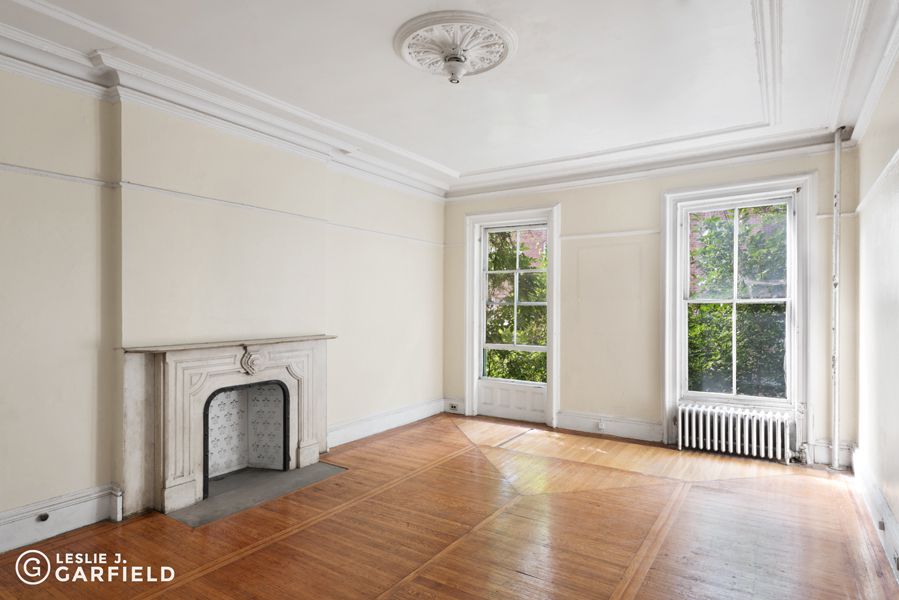 There are original details throughout.
Leslie J. Garfield 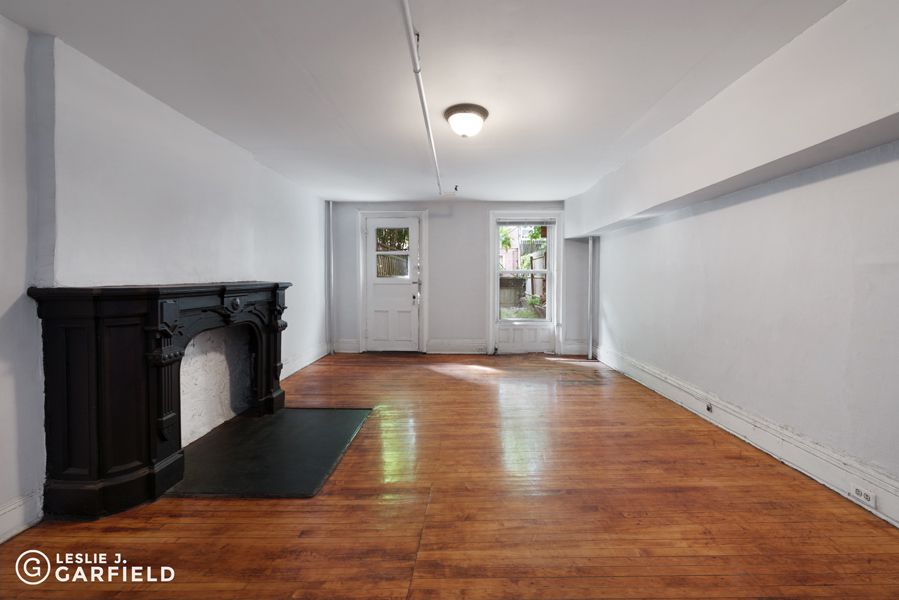 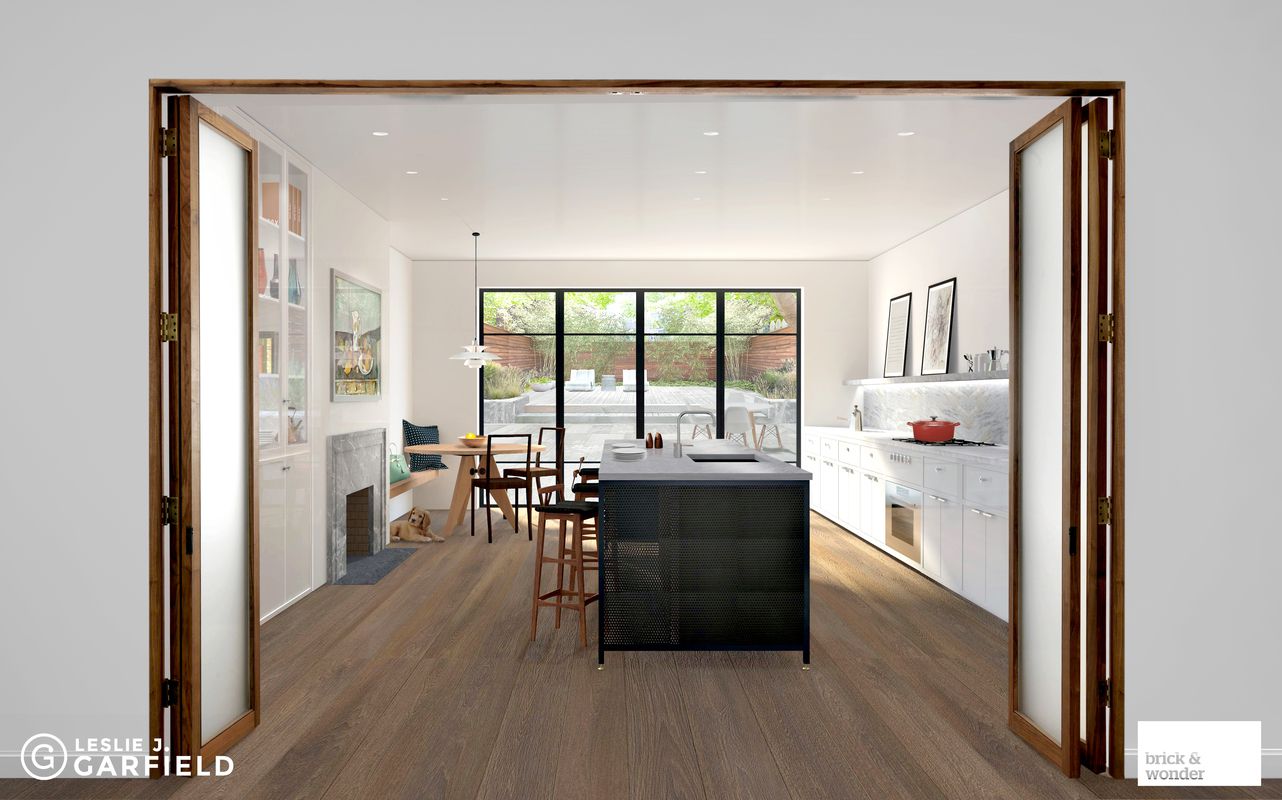 A rendering of the home's potential.
Leslie J. Garfield
Advertisement 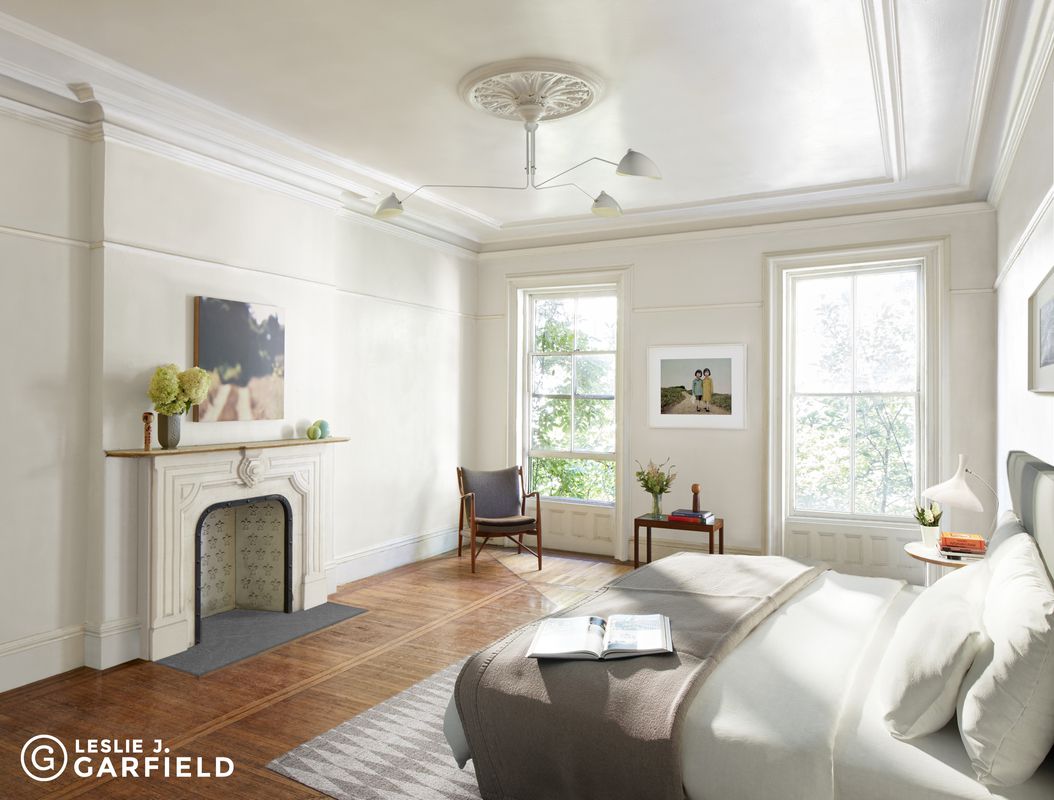 The house is listed for $4.55 million.
Leslie J. Garfield 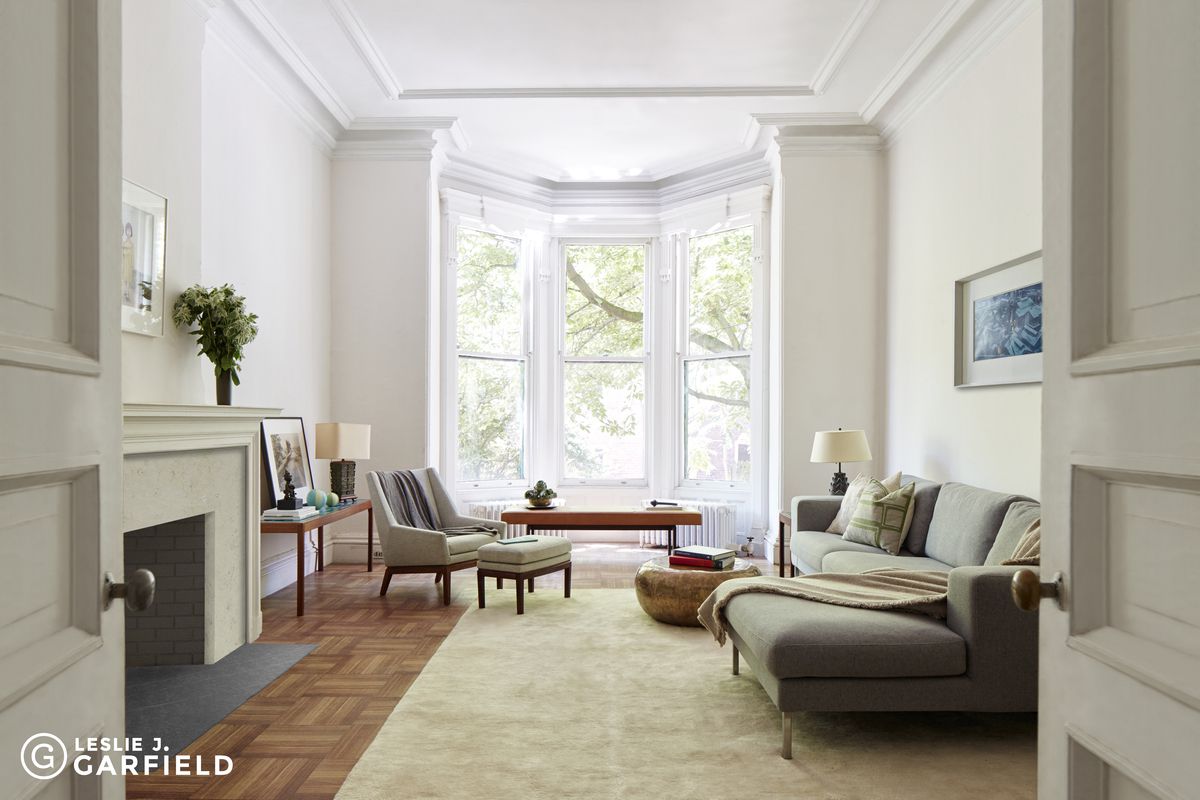 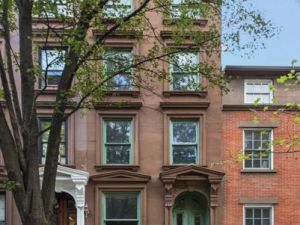 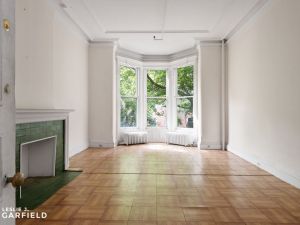 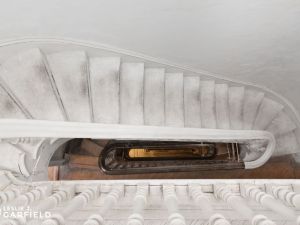 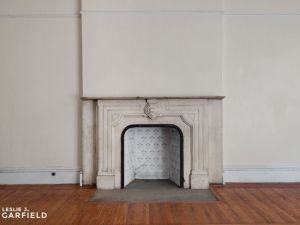 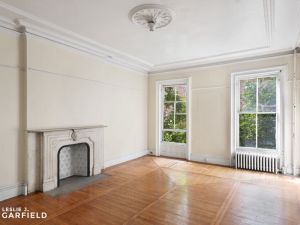 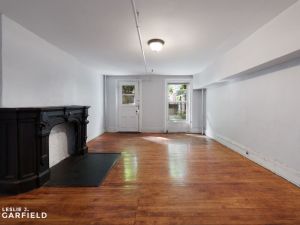 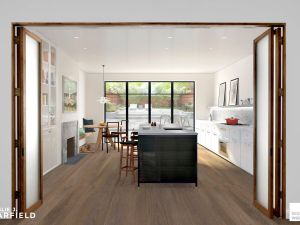 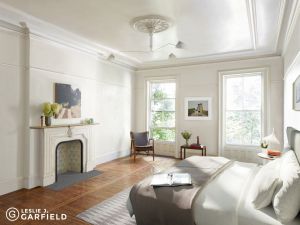 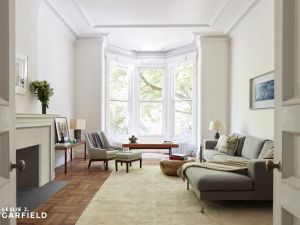 Alexander Skarsgard already has plenty to celebrate in 2018, as the Swedish actor started out the new year with a Golden Globe win for his portrayal of abusive husband Perry Wright in Big Little Lies.

Skarsgard’s acceptance speech at the show was rather controversial because he, like the other male winners of the night, didn’t single out the #MeToo or Time’s Up movements (though he was wearing a Time’s Up pin).

Back on the East Coast, Skarsgard is now turning his attention to his New York home portfolio. Skarsgard is house hunting in Brooklyn, according to the New York Post, and reportedly toured a few homes in the borough, including a five-story townhouse at 154 Hicks Street.

Daniel Craig and Rachel Weisz reportedly opted for a fixer-upper in Brooklyn recently as well, in the form of a $6.75 million Cobble Hill townhouse. But the townhouse Skarsgard peeked at is currently on the market for $4.55 million, a discount from the nearly $5 million it was asking in September 2016.

Original details include a mahogany banister, moldings and mantles, in addition to pocket shutters. There’s a skylight over the center stairwell, high ceilings throughout and access to a private garden.

The former True Blood actor already owns an East Village apartment in New York. He paid $2.3 million for a top-floor unit at 119 East 10th Street just a few months ago, in August 2017, and we can’t imagine why he’d already want to part ways with the co-op. Perhaps he’s considering the Brooklyn home as a real estate investment—either way, if he opts for this Hicks Street home, it doesn’t seem like it’ll be ready for anyone to actually live there for a while.