You can do some pretty eyebrow-raising things on Amazon, from ordering bomb ingredients to donating to Project Veritas.

But now we know where the “Everything Store” draws the line: don’t, under any circumstances, let your Alexa voice app say the word “Google.”

Software developer Jo Jaquinta recently submitted his card game-turned-voice app Mind Maze as an Alexa skill. The game was supposed to remind users how to relaunch the skill every time they closed it by repeating the phrase, “To play again, say ‘Alexa open Mind Maze.'”

As TechCrunch first reported, however, things didn’t go as planned when Amazon techs tested the app. Instead Alexa responded “If you enjoy card games, you can say ‘OK Google, talk to 21 Blackjack.'”

The skill was promptly rejected. A reviewer wrote:

Expected result: The skill should not promote Google Home.”

“We reviewed the skill and determined that the incorrect name could lead to customer confusion and did not accurately portray the skill functionality,” an Amazon spokesperson told Observer. “We do not ban the usage of brand names, although we do strive to ensure that trademarks and intellectual property are used properly.”

Indeed, while Alexa’s developer skills agreement doesn’t explicitly prohibit mentioning rival voice software, it makes sense that Amazon wouldn’t want to advertise a competing product. Aside from just embarrassment, the oversight could have also created a bug in the voice app’s skills system.

But it’s also telling that the Amazon tech didn’t sugarcoat the reasoning behind his decision with jargon like “incorrect exit phrase.” He or she said straight out wrote that Alexa couldn’t remind users of Google’s existence.

Amazon has no qualms about advertising other brands on Alexa, however.

Alexa already prompts users to buy Colgate toothpaste, and the company is reportedly in discussions with Procter & Gamble and Clorox as well. Many GE and Kenmore products also feature Alexa technology.

This isn’t the first time the Google-Amazon power struggle has played out publicly. At this month’s Consumer Electronics Show (CES), both companies hosted competing smart speaker sessions and filled Las Vegas with ads for voice assistants. 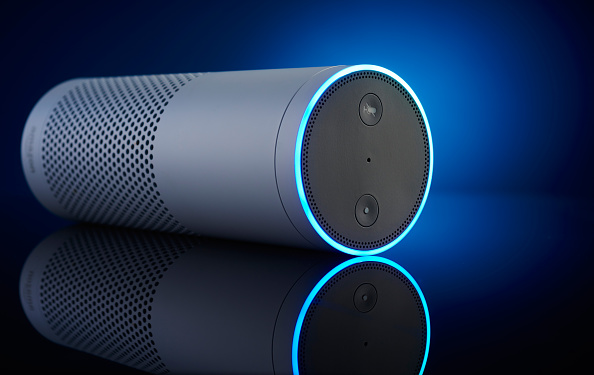