President Donald Trump arrived to a muted reception at the World Economic Forum in Davos, Switzerland on Thursday, greeted instead by a surge of media reports citing Asian and European political leaders, economists and banking chiefs who are critical of his plan to impose steep tariffs on certain goods imported into the U.S.

He was snubbed on several fronts even before he arrived. Canadian Prime Minister Justin Trudeau, for example, announced on Wednesday that his country would be joining a large Pacific trade pact with 10 other nations. The U.S. was not invited into the deal.

Trump has repeatedly blasted the North American Free Trade Agreement, or NAFTA, between the U.S., Canada and Mexico, calling it a bad deal. Trudeau’s decision was seen as a swipe at Trump for the continued insults about NAFTA.

What’s all this mean for the global economy?

European bankers are worried a tariff blitz by the U.S. could start a trade war with China, one of the countries targeted by a new levee on solar-energy components and washing machines announced by Trump on Monday. A trade war, they argued, could create a more fragmented global economy.

Trump’s vocal “America First” mantra—used often on the international stage—has attendees in Davos skittish in the context of the new tariff levee, according to Dr. Kenneth S. Rogoff, an economist and professor of public policy at Harvard University.

“Everyone in Davos is very nervous about Trump’s trade rhetoric, except the Americans who think that on trade, his bark is bigger than bite,” Rogoff Observer from Davos. “At the end of day, Trump’s avowed protectionist trade policy would be a disaster for his ‘beautiful stock market’—many big American corporations get more than half their profits from abroad.”

Rogoff is right about the praise being heaped on Trump by American bankers. The heads of Goldman Sachs and JP Morgan Chase said on Wednesday that the American president had already spurned the U.S. economy into overdrive through his approach to economic policies and regulation.

It’s expected that Trump’s speech on Friday will continue to tout America’s dominance, probably citing tax reform as a means for U.S. corporations to help boost the economy by bringing money back to the home front.

But on Thursday he was just a man on a mission, confidently striding from meeting to meeting and ignoring the negative press created by foreign leaders. European leaders were particularly vocal, like Germany’s Angela Merkel and France’s Emmanuel Macron, who exuded strength by showing the European continent is back in order and ready to take the ethical stances they see that are much needed.

Merkel, without mentioning Trump’s name specifically on Wednesday, warned of bullying by other nations.

“We see national chauvinism and populism on rise. In many countries there is a populist atmosphere,” she told attendees. “In all countries there are doubts about whether globalization will carry everyone with it.”

Media reports noted on Thursday Trump’s focus in repairing a diplomatic rift with the U.K. He said the two nations were on the “same wavelength” and predicted the U.S. would be doing a lot more business with their special partner across the Atlantic Ocean.

For now, everyone’s waiting to see what the drama, if any, will be on Friday. Will any leaders from nations Trump derided as “shithole countries” feel compelled to snub him and walk out as he begins to speak?

The idea to walkout on the president’s speech tomorrow was suggested by Bonang Mohale, CEO of Business Leadership South Africa, according to Newsweek. The businessman penned a damning letter urging fellow attendees to boycott Trump’s speech and slammed the American president for the “overt racism” of his statements.

“One can only imagine how these views have been received by the millions of Americans descended from the slaves, who were herded and sold like cattle and shipped to the U.S.to build its economy,” Mohale wrote. “In insulting the homeland of their ancestors—who had no say in the genocide and atrocity that was slavery—you have again violated the dignity of those with roots in Africa, wherever they are in the world.” 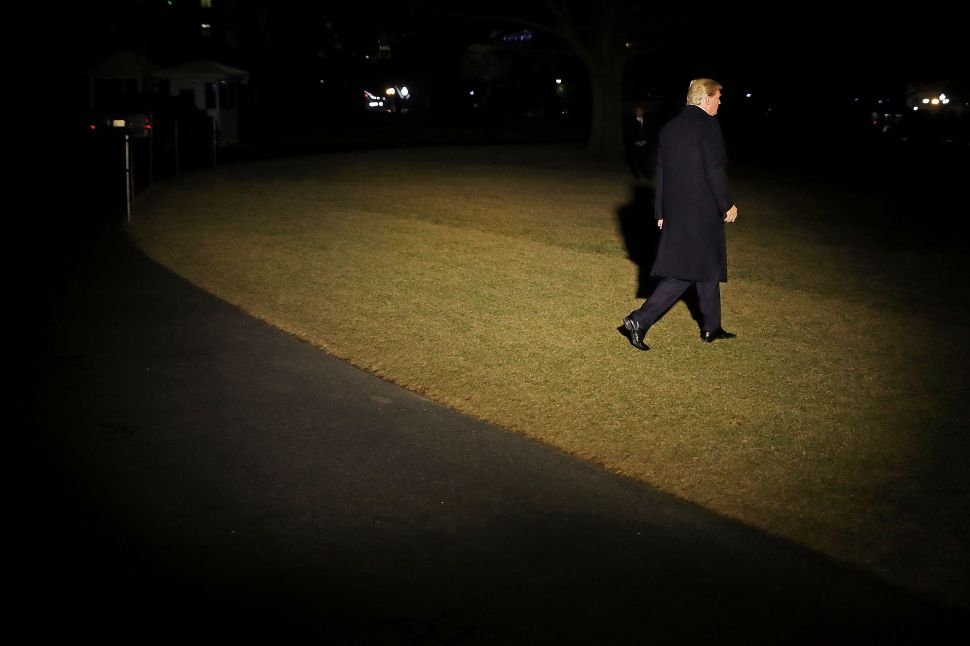