Gov. Andrew Cuomo is renewing pressure on New York City to fund its half of the short-term plan to fix the city’s subway system and has included his long-anticipated congestion pricing proposal in the latest state budget.

At his fiscal year 2019 executive budget address on Tuesday afternoon, Cuomo discussed the subway action plan unveiled by MTA Chairman Joe Lhota in July. Lhota has proposed that the state and the city split the cost of the $836 million short-term plan to fund subway repairs.

The governor said the state will provide $254 million in operating aid to fully fund its half of the cost using $194 million in previously unallocated monetary settlements and the accelerated transfer of Payroll Mobility Tax revenue to the MTA by eliminating the need for the $60 million annual appropriation. The financial plan also includes $175 million in new capital funding for the MTA.

This week, he plans to present his congestion pricing proposal: the long-awaited report by the “Fix NYC” panel Cuomo convened to advise the state on proposals to create a dedicated funding stream to mass transit and reduce traffic on city streets.

The report will address defining a geographic “pricing zone,” installing technology around the zone and coming up with fees and hours. The report, Cuomo said, suggests flexible and variable options and prices for different hours and for yellow cars, black cars, green cars, Uber, Lyft, trucks and passenger cars.

“My point is it has to be fair to all people in all industries,” Cuomo continued. “You have yellow cars, now black cars, green cars, blue cars, purple cars—they all have to be treated the same. I don’t want anyone saying they had a competitive advantage or this advantage because we put a surcharge on one versus the other.”

He noted the state currently collects and doles out the Payroll Mobility Tax to the MTA. The executive budget proposes changing the state law so the revenue is directly appropriated to the agency.

“For the MTA, currently the state collects what’s called a Payroll Mobility Tax, which is $1.6 billion,” the governor added. “We would change the law so the MTA collects that tax itself, it now has a dedicated funding stream, it can securitize it, it can get a better credit rating from it, it can finance the installation of the Fix New York City Technology, the Penn renovation, etc.”

“I disagree on its face with some of the assumptions in his budget address when it comes to the MTA,” he said. “The state of New York took $456 million of the MTA’s budget. They need to put that money back.”

And he maintained his proposed millionaires tax on wealthy New Yorkers to fund subway repairs and reduced subway fares for low-income New Yorkers is the best way to solve the long-term issues afflicting the city’s subway system.

He maintained that well-off people, including in states like New York, will do better because of Trump’s tax plan and that others may “do less well.” But he argued that even if millionaires and billionaires do “about the same or a little worse,” they still pay “so much less than they should” in terms of their share of taxes.

As to the news of Cuomo inching closer to unveiling his congestion pricing proposal and what impact it has on his own plan to tackle congestion in the city, de Blasio said he is “beginning to see something” and wants to analyze the plan once it is fully presented.

“What I’ve said is look, ‘I’ll look at any plan and certainly one to reduce congestion in the city, but I wanna make sure it’s fair,'” he added. “Some of the proposals we’ve seen in the past, I think, were not fair, were not balanced in terms of the economic impact they’d have on different people, and particularly on people from Brooklyn and Queens. I’ll look at anything.”

He insisted it does not threaten the validity of his millionaires tax proposal because the city will need a “substantial amount of reliable resources to fix the MTA.”

“I think the ways we address congestion take many forms, including some of the things that we’re talking about,” the mayor said. “For example, banning truck deliveries in certain routes during rush hour so you don’t have a ton of doubled parked trucks right where people are trying to go at the most sensitive time of the day. So we’re going to look at different pieces of what the governor’s put forward, but we’re going to keep working to reduce congestion with our own tools as well.” 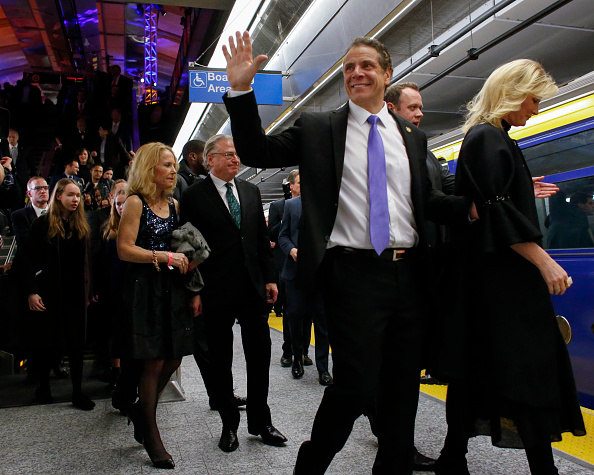