Gov. Andrew Cuomo said recipients of the Deferred Action for Childhood Arrivals (DACA) program for undocumented immigrants brought to the United Stats in their early childhood will remain eligible for state-funded Medicaid if Congress does not act to protect the program.

Senate Minority Leader Charles Schumer said he and Republican Senate Majority Leader Mitch McConnell reached an agreement to enact the bill and to work on hammering out a deal to protect DACA recipients, according to the New York Times. Schumer earned the ire of immigrant advocates who urged him and Democrats to push for a clean DREAM Act. Sen. Kirsten Gillibrand was among lawmakers who voted against the measure.

There are roughly 42,000 DACA recipients in New York, and many stand to lose their employment-based health insurance if the Trump administration changes or terminates the program. Under New York law, DACA recipients are considered PRUCOL—Permanently Residing Under Color of Law—and are eligible for state-funded Medicaid or CHIP.

“As Washington holds DACA recipients hostage for funding for a wall, we will not allow vitriol and dysfunction to put lives at risk,” he continued. “We will continue to stand up for the rights of immigrants and will continue to defend the principles of opportunity and equality that this state and this nation were founded upon.”

“In a time of relentless federal attacks on immigrant communities, it is heartening to see the governor take a stand for an issue as important as health coverage,” Steve Choi, the group’s executive director, said in a statement. “As we continue to fight for permanent protection of young immigrant New Yorkers, maintaining access to health insurance is a key step towards achieving equity and justice. We look forward to working with the administration in supporting community outreach and smooth implementation of this policy.”

The Community Service Society of New York, a nonprofit organization, also hailed the step, saying that it offers reassurance for DACA recipients.

“With the Trump administration’s decision to halt the DACA program, there was a question as to whether New York would continue to consider the DACA immigrants to be eligible for Medicaid as PRUCOL immigrants,” the organization said in a statement. “Today’s bold decision by the governor definitively answers that question in the affirmative for New York’s dreamers.”

The status of recipients of Temporary Protected Status (TPS)—a program for individuals from nations undergoing humanitarian crises—also hangs in the balance. The Trump administration has ended TPS for Sudan, Nicaragua, Haiti and El Salvador. There are 300,000 TPS holders nationwide, including roughly 15,000 in New York City.

On Tuesday, Mayor Bill de Blasio’s administration sent a letter to the U.S. Department of Health and Human Services’ Office of Refugee Resettlement requesting that the agency rescind its policy denying access to abortions for unaccompanied immigrant children in federal custody, including in cases of rape. The administration pointed to reports of the Trump administration refusing care for detained unaccompanied minors, including one as recently as this month.

The Mayor’s Office of Immigrant Affairs anticipates that more than 470,000 New Yorkers would benefit directly or indirectly from a bipartisan DREAM Act. 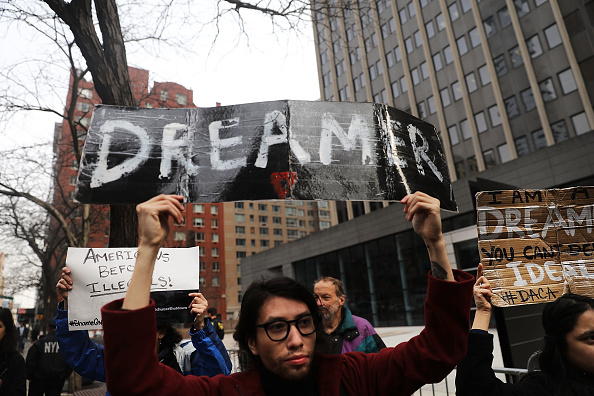