The organization noted Cuomo legalized same-sex marriage in New York State and extended non-dscirimintion protections to transgender New Yorkers and visitors in employment, housing and public accommodations. The group also said the Cuomo administration issued regulations clarifying that gender identity is included in the definitions of sex and disability, which are currently safeguarded in the state’s non-discrimination law.

Cuomo also banned the practice of “conversion therapy,” which seeks to reverse an individual’s sexual orientation but has been widely panned by LGBT advocates and mental and medical health professionals as harmful. And he set a goal of making New York the first state in the country to end the HIV/AIDS epidemic.

“Governor Cuomo has been a national champion for the LGBTQ community, with a proven track record of increasing much-needed protections and advancing equality for all New Yorkers,” Chad Griffin, HRC’s president, said in a statement.

The Retail, Wholesale and Department Store Union, another progressive group, announced their support for Cuomo’s reelection bid earlier this month. The group was the first union to back the governor and said it was also the first to support him during his first campaign for governor, as well as during his first race for New York Attorney General.

Former State Senator Terry Gipson is the only Democrat to announce that he is challenging Cuomo. Ex-Syracuse Mayor Stephanie Miner and actress and education activist Cynthia Nixon are both mulling bids. 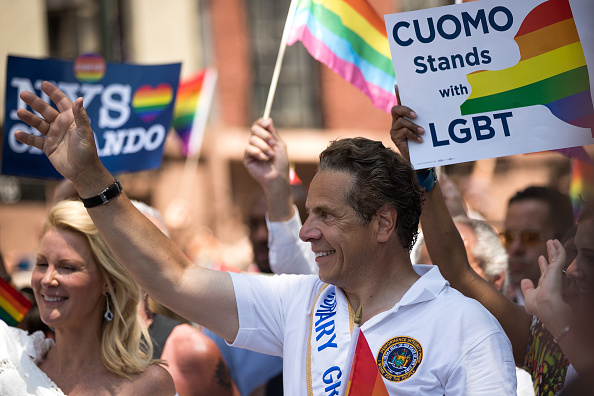