In early June, the State Assembly passed legislation sponsored by Bichotte that removes a requirement that MWBE owners have a personal net worth of less than $3.5 million to get state certification. At the end of June, the Senate passed the bill. Republican State Senator Patty Ritchie was the Senate sponsor.

Cuomo vetoed the bill on Friday. In the veto message provided to Observer by the governor’s office, Cuomo states the bill contains “several fundamental flaws” they were unable to resolve with the legislature “that make the bill legally specious and practically unenforceable.”

The governor argued the bill would “unnecessarily expose” program to a legal challenge by eliminating a key component without replacing it with a “corresponding limiting factor.” He also pointed to “clear technical deficiencies” that make the legislation impossible to execute.

“Governor Cuomo’s decision to veto a bipartisan bill that would have leveled the playing field for minority- and women-owned businesses is deeply discouraging,” Bichotte said in a statement provided to Observer.

She described Cuomo’s veto as “especially troubling” because most data, including the data provided by Mason Tillman—a California-based firm retained by the state to conduct the 2016 disparity study—showed that adding a personal net worth cap requirement hinders MWBEs’ access to capital and bonds.

“In turn, this lack of access to capital leaves many MWBEs in a space where they are found too small to win contracts or too large to remain certified,” Bichotte continued.

All other state programs, Bichotte said, view personal net worth requirements as more harmful to MWBEs and redundant. Prime contractors could sue the program on the grounds that there are not enough MWBEs even though the disparity study found that 54 percent of MWBEs are available, willing and qualified to do the work.

Bichotte said Cuomo offered to abolish the personal net worth requirement through a proposed chapter amendment if his staff was able to control who gets a cap through internal policies and regulations. The chapter amendment also allowed his staff to raise or lower the cap based on the industry.

She expressed concerns about the subjectivity she believes would shape the selection process and the lack of data or study indicating what constitutes a valid personal net worth. These issues, she said, would pave the way for potential “pay-to-play”-type dealings.

She also disagrees with the notion that one person and/or a department should be making these types of decisions that will differ from one business to another, especially with a governor whose ambition she says “exceeds being the executive of a state capitol.” She appeared to be referring to rumors that Cuomo may be considering running for president in 2020.

“Case in point is the manner in which the Trump administration is erasing progressive regulations, authored under the Obama administration,” she added. “We want to secure the rights and equal protection of the minority and women business owners guaranteed under the 14th amendment, regardless of the administration.”

In the veto message, Cuomo notes that when New York created the MWBE program in 1988, it was challenged on constitutional grounds just two years later. He gave the example of the Richmond v. Croson case in which the Supreme Court ruled that government programs that categorize people on the basis of race must be “narrowly tailored to remedy prior discrimination.”

The legislature subsequently identified several factors, including personal net worth, to serve as a basis to determine whether MWBEs could participate in the program. And he added similar programs lacking a personal net worth requirement or a “corresponding limiting factor” have been struck down as unconstitutional.

He noted the bill removes the reference to personal net worth in one part of the executive law but does not make corresponding changes to other crucial executive law provisions.

This failure, he said, puts the program as well as those executing it at risk of additional legal challenges. He said he discussed alternatives with the legislature, including creating another limiting factor to ensure the program would stave off constitutional scrutiny.

But the legislature, he maintained, would not consider or agree to any amendments to the bill.

“Accordingly, given that enabling legislation for the MWBE program is due to expire in 2018, and because the determination of PNW is an important component to the reauthorization of the entire MWBE program, discussions regarding this issue should be considered in a comprehensive manner during the 2018 legislative session, when we expect that the legislation will be negotiated,” Cuomo wrote.

Cuomo did, however, sign a bill sponsored by Upper Manhattan State Senator Marisol Alcantara, a member of the breakaway Independent Democratic Conference, and Queens Assemblywoman Alicia Hyndman that allows City Hall to give out as much as $150,000 to MWBEs without a competitive bidding process. Mayor Bill de Blasio’s administration had been pushing Albany to pass the legislation.

In 2014, Cuomo increased the state’s MWBE participation goal from 10 percent of state contracts in 2011 to 30 percent. 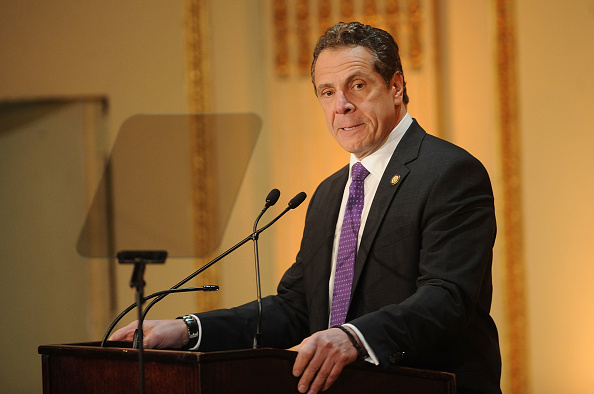