If we were playing New York-style free association and I said Andrew Cuomo, virtually any New Yorker would reply “political.” Cuomo’s critics see that as proof positive of everything they don’t like about him—that he is overly ambitious, self-promotional, and lacking in core beliefs. His supporters see the very same thing as proof positive of why he gets things done, including legalizing same sex marriage, passing new gun control laws, increasing the minimum wage, and producing multiple on-time budgets. But what if the conventional view of Cuomo isn’t always true?

In his State of the State address today, Cuomo will announce new funding for a program called Breakfast After the Bell. The need for the program, which makes sure every kid in every school has easy access to breakfast, is clear and demonstrable. The old way of providing breakfast to hungry kids was by making them come to the cafeteria before school starts. But it didn’t work—just 22 percent of kids were taking advantage of it. And in a state with 880,000 children for whom hunger is an every day reality, that’s not nearly good enough. Every study shows that more kids take advantage of breakfast offered in the classroom, not only alleviating hunger but also leading to improvements in reading and math scores, attendance, punctuality, and fewer examples of depression, anxiety and hyperactivity. In other words, it works. And by making breakfast available in the classroom, the state can access $71 million in previously unused federal funds—funds that are harder to come by than ever.

You’re thinking, “Good for Cuomo. He’s helping hungry kids and using federal money to pay for it. Big deal. Who opposes that? It doesn’t change my opinion of him.” But it should. Issues like hunger are extremely important but not when it comes to elections. When people step into the voting booth, they have maybe a few things in mind: political party, basic impressions of each candidate’s character, and, at most, one or two specific policy issues that they like or don’t like about either candidate. Sadly, those one or two issues are rarely childhood hunger.

Tusk Montgomery Philanthropies, my family foundation, funds and runs anti-hunger campaigns across the country every year. We’ve passed new funding for Breakfast After the Bell in Illinois and Pennsylvania, expanded access to food stamps in North Carolina, and worked closely with anti-hunger advocates and elected officials in New York to include school breakfast funding in this year’s budget. This is our third year working on these issues and if it were easy, we’d have passed new laws and new funding in dozens of states, not just a few. It’s not easy because no one wins re-election based on making sure hungry kids are fed. If anyone knows that, it’s Andrew Cuomo. He didn’t include Breakfast After the Bell in his plans because it’ll help him at the polls this November because he knows it won’t. He included it because it’s the right thing to do, it will make our schools more effective, and it leverages federal funding the state shouldn’t lose out on.

It’s good government, not good politics. When Cuomo does things for solely political reasons, it’s fair game to criticize him. And when he passes laws and changes the state precisely because he understands politics, give him the credit he deserves. Not every decision is political, and not every issue matters in an election. Sometimes they just matter in life. And to me, that’s how you take the real measure of a politician. 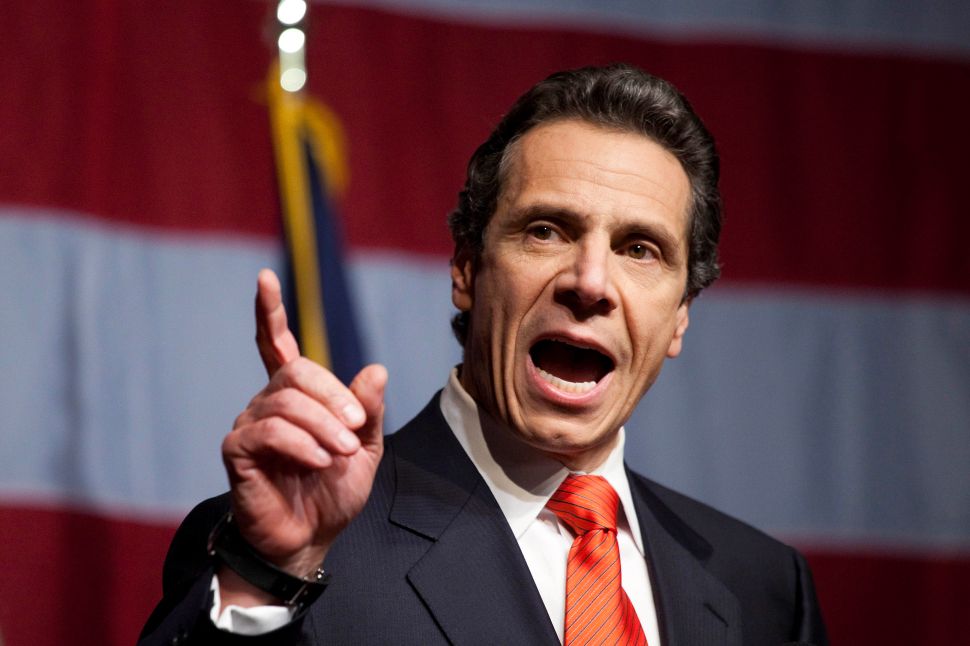