In last year’s landmark settlement of the monkey selfie case, it was decided that Neruto—the primate in question—did not own the rights to the photo he snapped of himself with a photographer’s camera. Instead, the other primate who owned the camera, a human named David Slater, reaped the financial reward of commercial rights. Potential earnings aside, the case called into question who and what has fundamental personhood rights, especially in light of certain technological advancements.

It’s precisely this fraught question that artist Anna Craycroft is taking up in her four-month installation at New York’s New Museum, Motion into Being, on view through May 13. As the museum’s Education and Public Engagement Spring 2018 Artist in Residence, Craycroft has taken over the institution’s fifth floor, transforming it into part research library, part animation studio. During public hours, visitors are welcome to puruse a wide array of books and printed PDFs of major legal settlements over the years concerning what it means to have personhood rights whether you’re an animal, corporation or AI entity. But when the museum is closed, Craycroft will construct her own visual, animated interpretation of the theoretical and legal issues at stake. The result is an evolving body of work developing in real-time that mirrors the constantly shifting sands of what it means to be granted citizenship, free speech, liability, sovereignty and protection.

Just after the installation opened, Craycroft spoke with Observer about how she’s learning animation as she goes and the difficulty of assessing value.

Your animation work will evolve slowly over the course of the next few months within the gallery space, so it will always look a bit different from week to week. However, visitors will have access to all of the research you’ve done. Why include all of that, instead of just presenting the animation work?

I wanted to be generous by showing my process. I also wanted to provide a library, essentially—a resource that people could use to understand the current debates around these issues since they’re relevant. This is information we need but it’s not always accessible. And I wanted the weight of these issues to be embedded within the work, so that meant making them tangible within the space. Often in the debate around personhood is an argument based on measuring difference, by valuing one race or one gender over another, for example. But in a lot of the research materials I provided, I wanted to remove those typical elements of difference, not only because we’re used to them, but also because they’re fraught concepts to begin with. I wanted people to think about what it means to be a person on a broader scale—what does it mean to compare the personhood of a whale and a human. Or a corporation and a human. Or Artificial Intelligence and a human. And, more importantly, who gets to decide the personhood of these entities?

These reference materials, however, are all text-based and they outline ideas about personhood that can seem fairly abstract. How can you turn these ideas into something visual?

When you start to imagine a non-human entity as a person—and you start to judge it by characteristics inherent in humans—you inevitably anthropomorphize it. For me, that process of personification immediately conjures images, and animation as a medium lends itself to making images move, to imbuing non-humans with humanness.

Yes, exactly. But the motion of animation can give life to anything. You can make a geometric shape move. In motion, we can derive meaning. Through animation, you can make a circle bounce up and down in a way that you might characterize as energetic and happy, or you can slow it down and make it droopy; you might think that makes it looks sad.

Do you feel like you draw from the anthropomorphism found in folklore and fables—which also inspire a lot of animated cartoons—as a way of exploring personhood?

A bit. I want to use the structure of folklore—rather than the tales themselves—to impart truths. Fables were traditionally used to teach the masses about abstract concepts like personal freedom or moral responsibility and I think these stories can engage people in a way that simple logic can’t. The suspension of disbelief they require is a useful bridge between the divide of self and other. I felt like returning to this kind of narrative structure now, with issues of citizenship and protection constantly being reviewed under Trump’s administration, would be useful—urgently so. We’re seeing personhood rights outlined in our constitution constantly invoked, often for the purpose of limiting them, and we need to better embody the ethical issues behind these rights if we want to see them preserved. That’s what I’m trying to do by using something as legible, if not playful, as animation. Play is a really useful way of questioning power structures without making it seem like a daunting task.

Have you worked with animation prior to this?

I’ve done a little bit here and there in other projects—a color and light installation called  Schema for K for Barcelona’s Fundacio Miro in 2014  and my 2013 C’mon Language social practice project for the Portland Museum of Art—but this is the most ambitious animation project I’ve undertaken to date. When I have a new idea, I try to find the most fitting medium for it, rather than trying to make the idea fit to a specific form I’ve used before. In that way, every exhibition I do is an opportunity for me, as an artist, to learn a new medium.

Speaking of some of your older works, for a while you were integrating a bit of developmental psychology into them, such as in your 2008 exhibition “The Agency of the Orphan” or the 2009 Subject of Learning /Object of Study installation that explored Bauhaus-designed tools of early childhood learning. It’s often in this phase of development that we start to understand the concepts of “self” and “other,” which is central to the debate around personhood. Do you see Motion into Being as an outgrowth of some of these previous psychologically driven series of work you created?

Absolutely. I often think about developmental child psychology as a model for grown ups. In fact, I don’t really know why we think developmental psychology is limited to childhood—we’re always growing. One of the things that’s perplexing but profoundly beautiful when you think about the historical arc of what constituted personhood is that, at its core, it’s a quest to see the value of someone or something that is simply not you. And that’s a permeating theme in developmental psychology. As adults, we apply this self/other dichotomy to majorly important legal issues, and the judicial logic and rhetoric of these types of decisions make them seem cut and dry. But what if we reviewed our parameters of value and thought of land as something more than property, or considered the consciousness of animals. Kids often do that automatically; what if adults could, too? 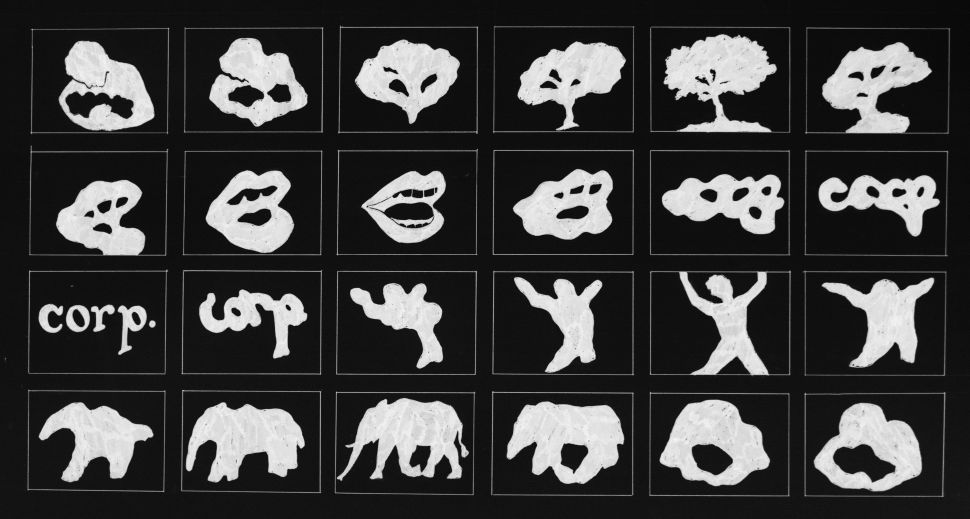