As co-founder and CEO of Apple, Steve Jobs made every product launch an event. One reason he was able to pull off so much fanfare was that products like the iPhone and iPad were well into development (and sometimes even ready to ship) when he unveiled them to the world.

Jobs’ successor Tim Cook has used a different tactic, showing off products and accessories before they were technically camera-ready. While this has served to ramp up excitement among consumers, it’s also had a less desirable effect: during Cook’s tenure, Apple’s new products have consistently been released later than their promised delivery dates.

According to a Wall Street Journal investigation, several major Apple products have experienced shipping delays on Cook’s watch. This consistent tardiness raises questions about whether the company is losing its competitive edge.

Most recently, Apple’s HomePod smart speaker was announced in June 2017 and was expected to be available by Christmas. It still doesn’t have a release date, however (Amazon and Google capitalized on this with deals on their own smart speakers).

Accessories have also been subject to frequent delays during Cook’s tenure. The Apple Pencil and Smart Keyboard, integral parts of the iPad Pro, were both delayed and came out just in time for the 2015 holiday season. The Apple Pencil was subjected to additional scrutiny because throughout his life, Jobs resisted including a stylus with any Apple product.

This string of delays and controversies is ironic because when Cook was Apple’s COO, he was militant about making sure Apple products hit the market on schedule. Yet as soon as he was promoted this instinct seemingly went away.

But while Apple’s user base has grown at an impressive clip, so has the complexity of its devices. The company utilizes lasers for both the iPhone X’s facial recognition camera and the AirPods’ auditory detection program. These sensitive devices take a longer time to manufacture.

Further complicating matters is Apple’s attempts to control more of its supply chain. For example, while the entire iPhone camera used to be manufactured by one supplier, now each individual component (lens, sensor, adhesive and more) comes from a different source. That puts more stress on Apple’s payroll—the company’s headcount has increased sevenfold since 2007.

By many measures, Cook’s tenure has been a success. Apple’s revenue has more than doubled in the past six years, and its share price has more than tripled during that time to reach record highs. It’s also broken sales records, with the App Store alone getting more than 500 million visits per week.

But if Apple isn’t careful, its penchant for tardiness could erode all that goodwill.

Apple did not respond to Observer requests for comment. 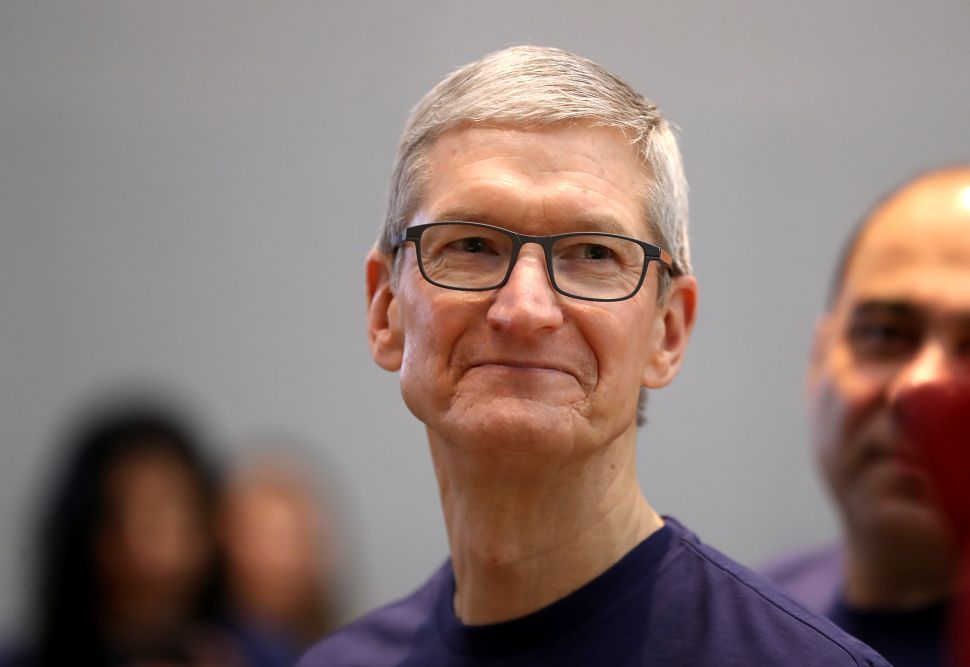