Bill Gates spent much of 2017 solving the world’s direst problems like climate change, poverty and incurable diseases through the Bill and Melinda Gates Foundation. But as of late, he has taken an unusual post to help spread his “change the world for the better” message—as editor of Time magazine.

Gates served as the magazine’s guest editor the January 15 issue, “The Optimists,” which hit shelves on Friday. He was Time‘s first outside editor in its 94-year history.

The issue’s philanthropic theme is in many ways an extension of the work of the Gates Foundation. The cover features a five-year-old Ethiopian boy named Mohamed Nasir, whom Gate had met in 2012 shortly after his birth in Ethiopia, a country that used to be plagued with a high infant mortality and has seen dramatic improvement over the last 20 years. The issue is filled with heartwarming stories like this, reminding readers of, in Gates’ words, “something that seems to be sorely lacking these days: reasons to be optimistic about the future.”

“When we started talking about what an issue by him would look like, we thought about technology or business. Those are the things we know him for, but what’s on his mind constantly are these very big, global issues,” Claire Howorth, an assistant managing editor at Time who edited the issue, told Observer.

Before the special issue, Bill Gates had been a longtime contributor for Time, writing about philanthropy, self improvement and books. “We collaborate often, and we have a good working relationship. We always talked about how we could do more interesting projects, and it gradually got to a point where we believed he could edit an issue,” Howorth said.

More importantly, Gates took the opportunity to fill a vacancy in mainstream media left by journalists: a lack of attention to good news.

In his opening essay of the issue, Gates wrote, “Reading the news today does not exactly leave you feeling optimistic. Hurricanes in the Americas. Horrific mass shootings. Global tensions over nuclear arms, crisis in Myanmar, bloody civil wars in Syria and Yemen. But these events—as awful as they are—have happened in the context of a bigger, positive trend. On the whole, the world is getting better.”

“News by its nature is about a surprise,” Gates said in an interview with former Time editor Nancy Gibbs. “Which day do you cover malaria deaths being cut in half? Which day do you cover workplace accidents down by a factor of 50 over the 50-year period? It’s society doing what it’s supposed to do, not the kind of shocking ‘airplane crashed’ type of stories that people expect.”

As editor, Gates brought along a roster of celebrity contributors, including Warren Buffet, Malala Yousafzai, Congressman John Lewis, Bono and others. He read through every submission.

“The Optimists” is also Time‘s first issue to integrate augmented reality elements, an idea floated by Bono. “Bono had this big idea of making something interactive. We passed that along to our visual team and turned that into four interactive components.” Howorth said.

Mia Tramz, a managing editor who developed the AR components, said it was an effort to “embrace new forms of visual storytelling,” an emerging trend for print publications.

Readers need to install the LIFE VR app (available on iOS and Android for free) on mobile devices. When hovering the app’s AR camera over the hardcopy pages, animations layer on top of print images, immersive infographics and behind-the-scene videos. 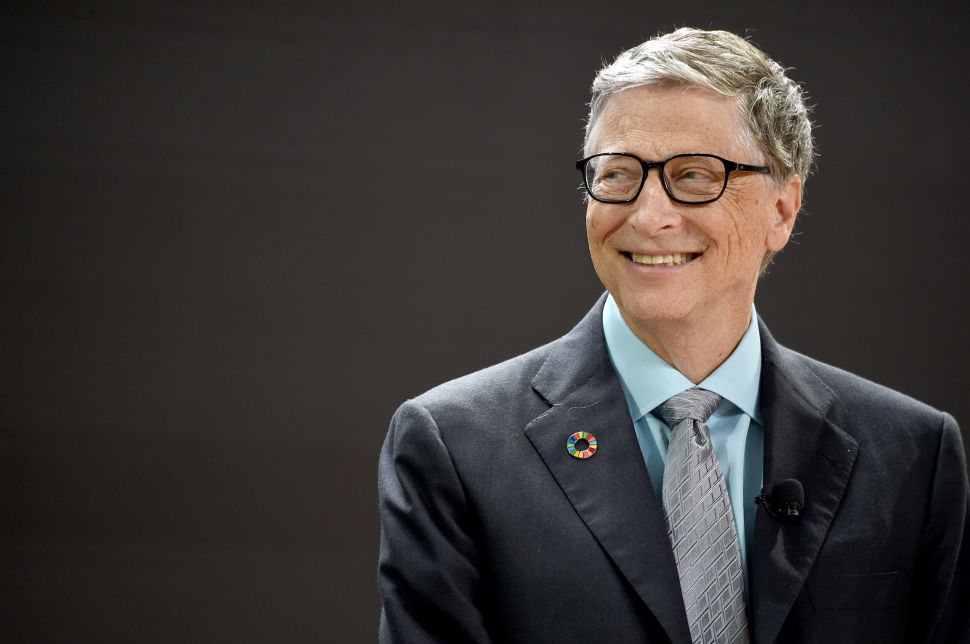