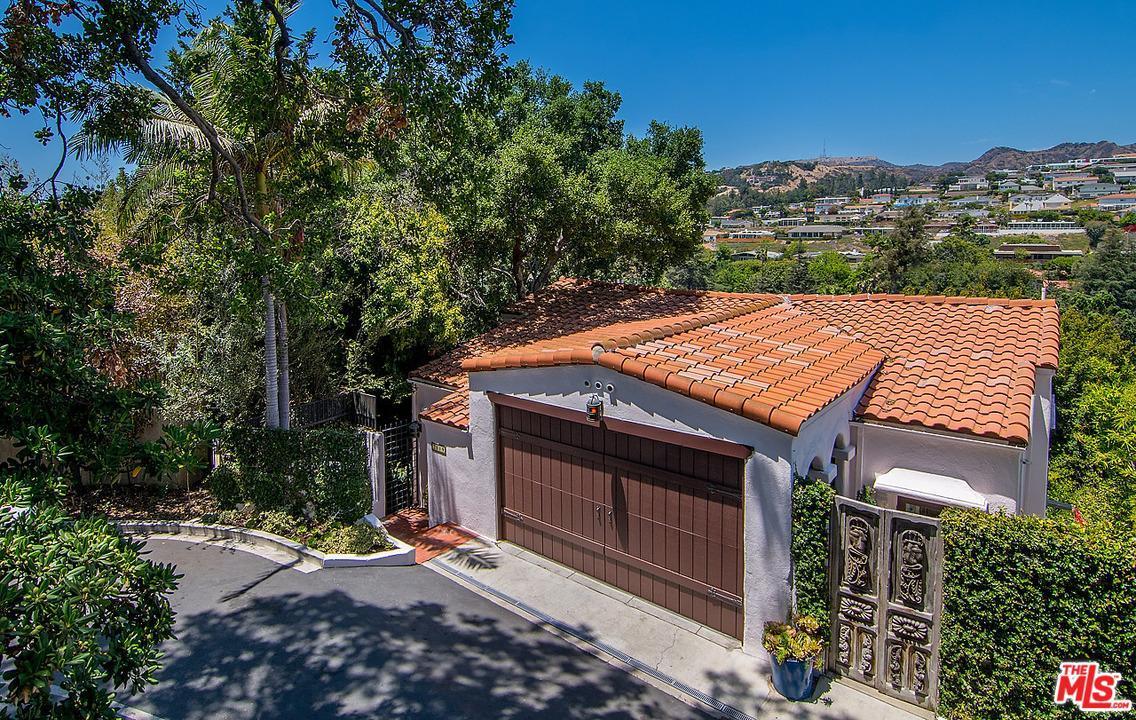 Ashley Benson scooped up a Los Feliz residence. Click through to see inside her new home.
The Bienstock Group 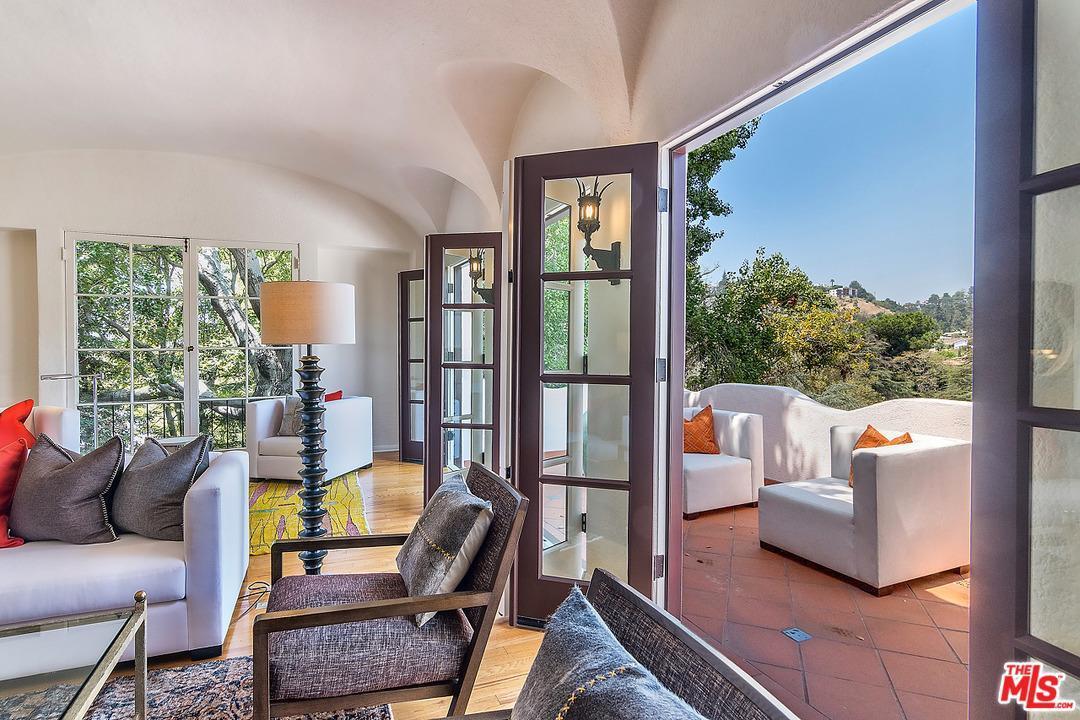 It's in Laughlin Park.
The Bienstock Group 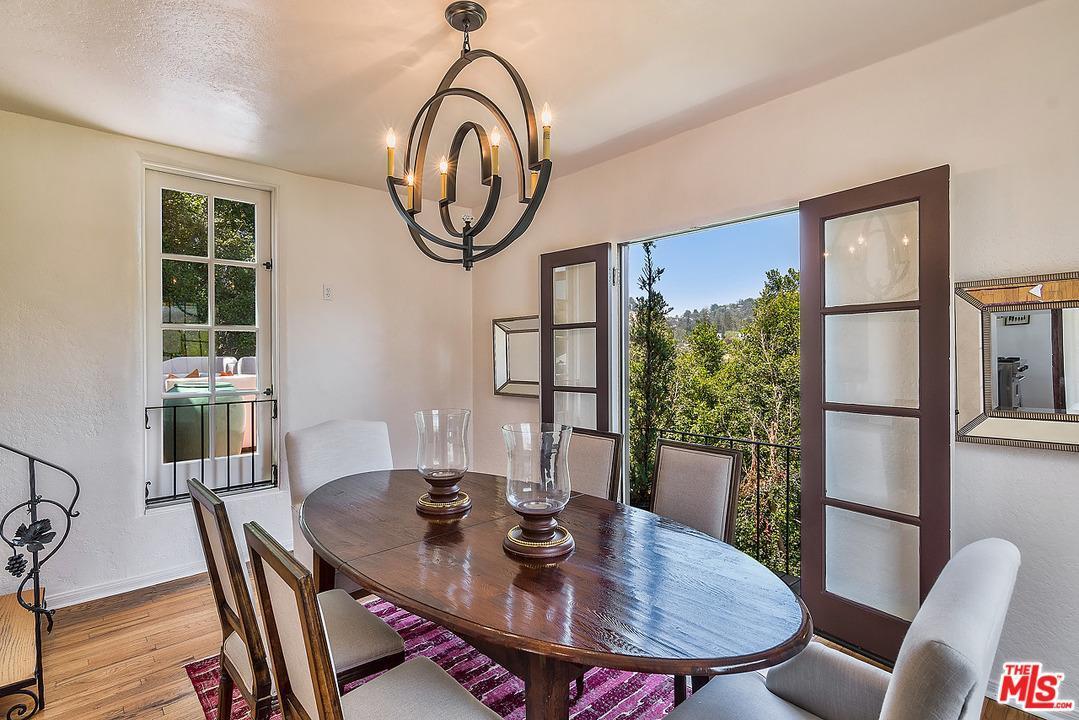 The Spanish-style home was built in 1925.
The Bienstock Group 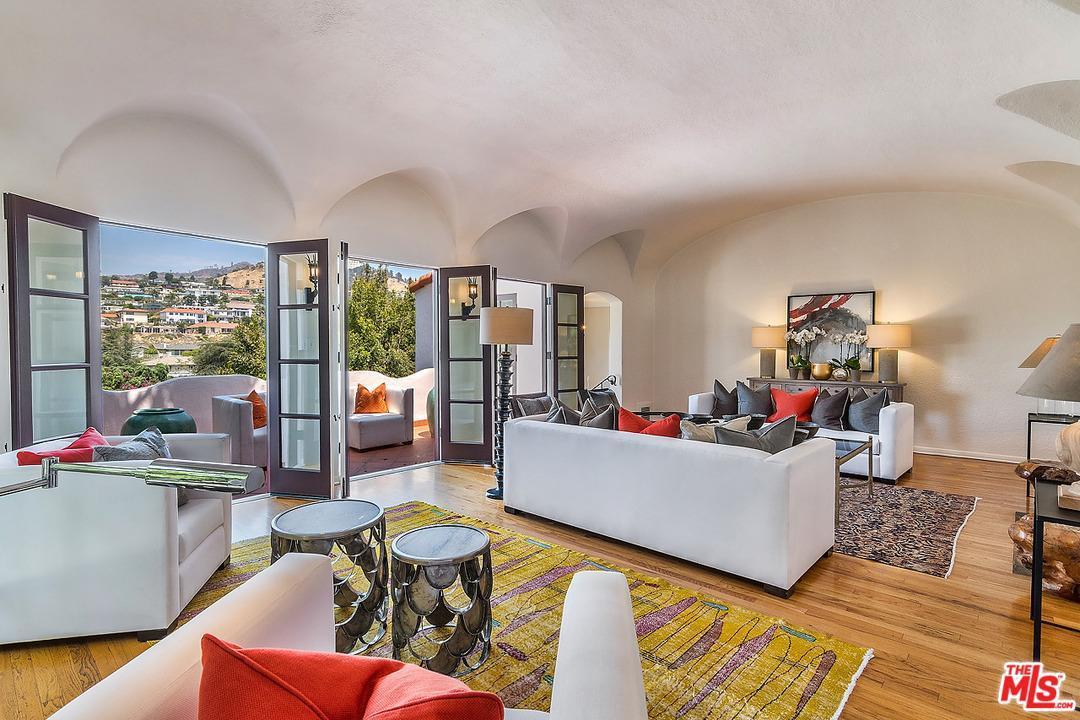 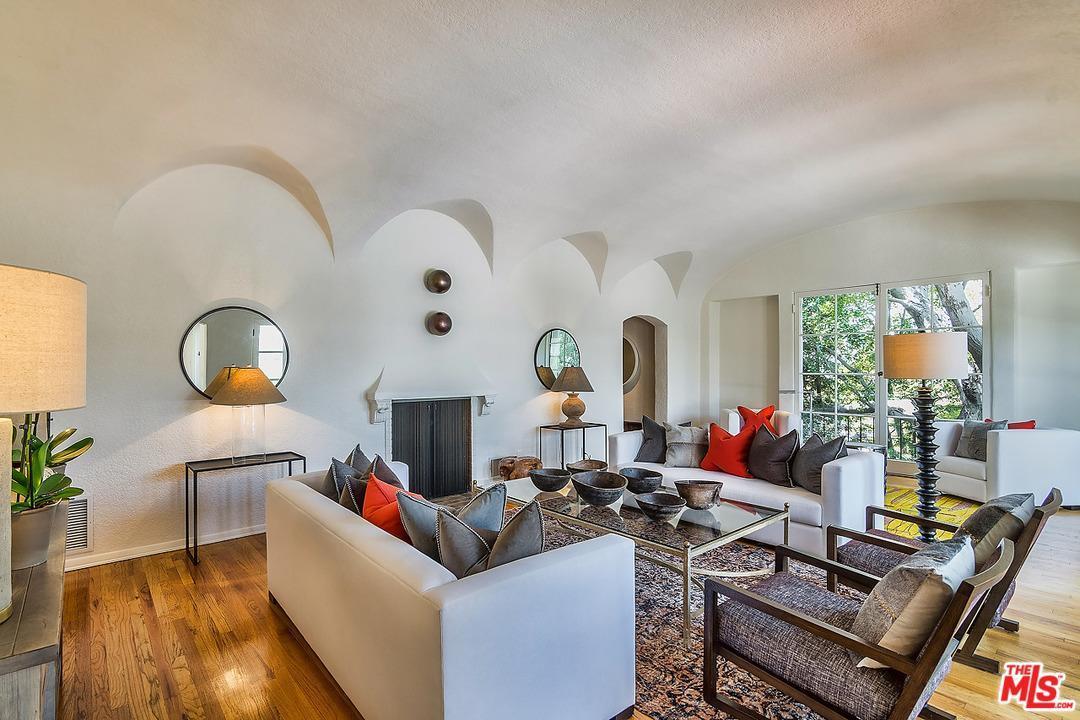 Benson paid $1.8 million for the house.
The Bienstock Group 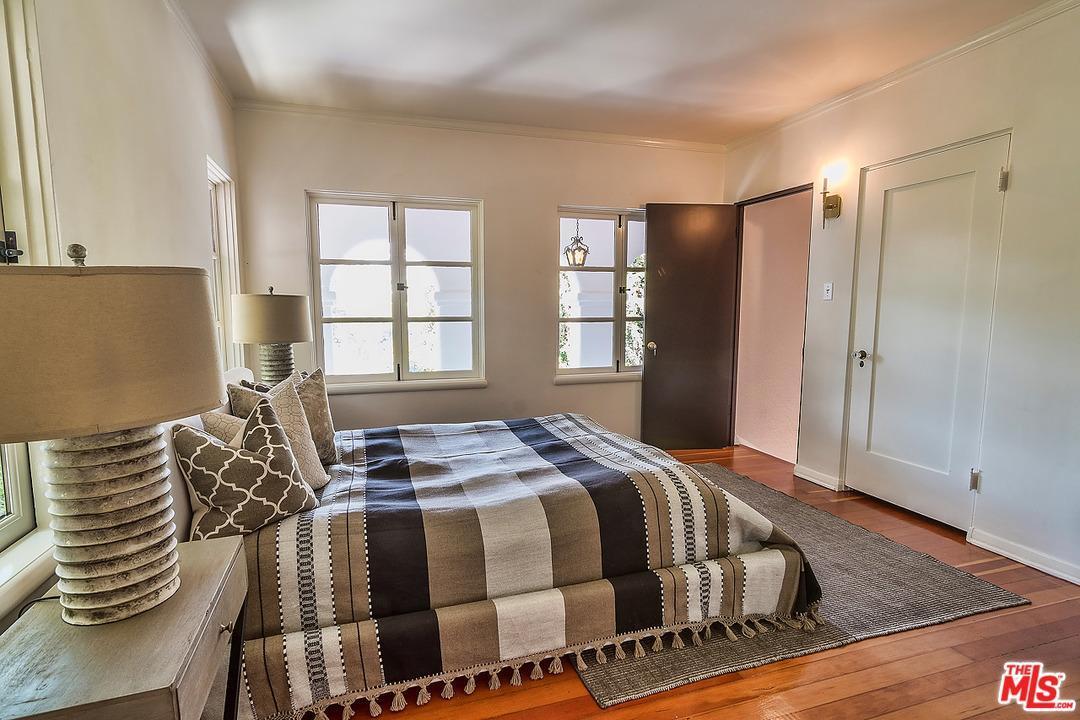 It's comprised of three bedrooms.
The Bienstock Group 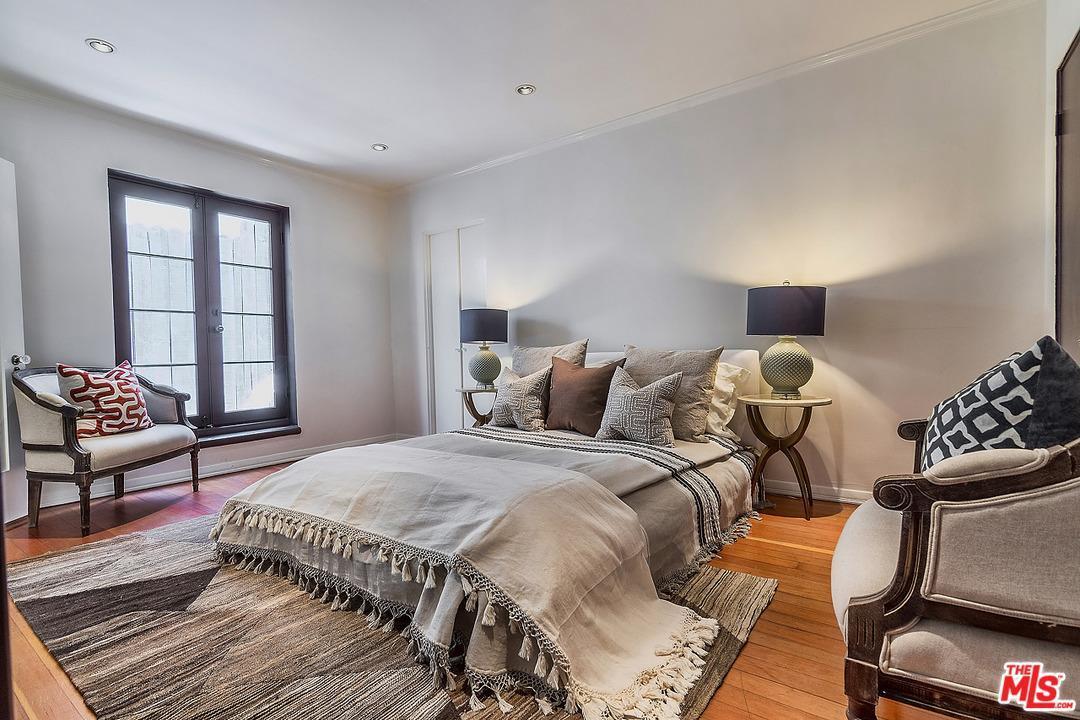 She previously lived above the Sunset Strip.
The Bienstock Group
Advertisement 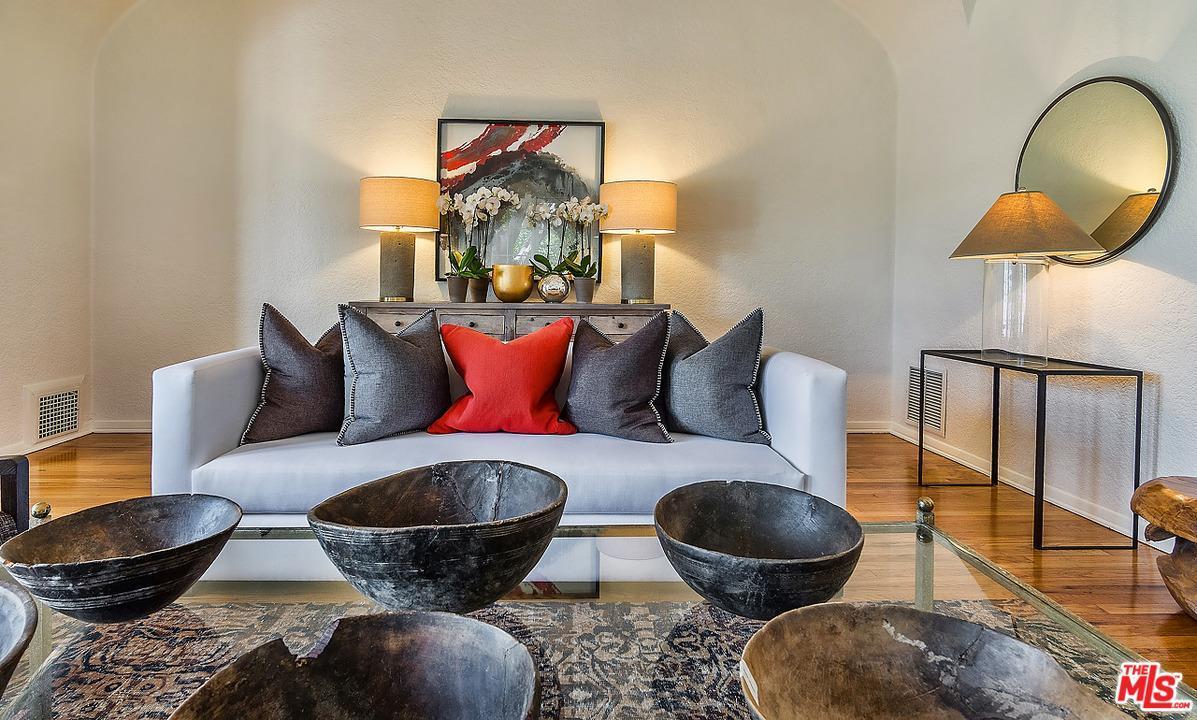 It's a bit smaller than her erstwhile abode.
The Bienstock Group 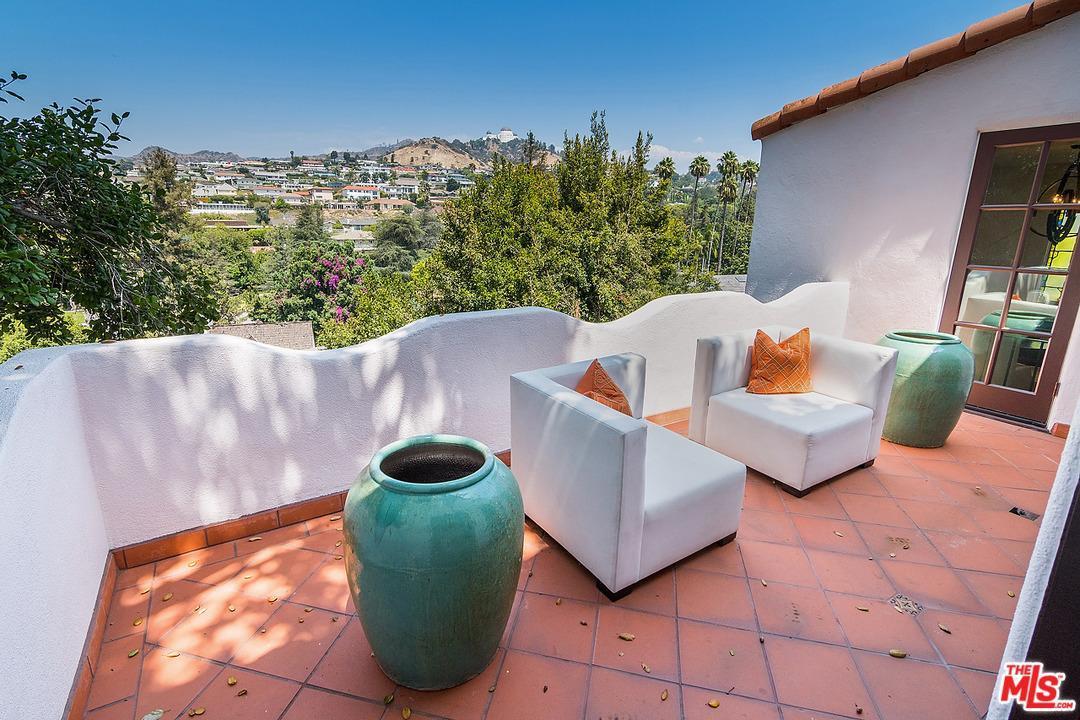 There are multiple patios and terraces.
The Bienstock Group 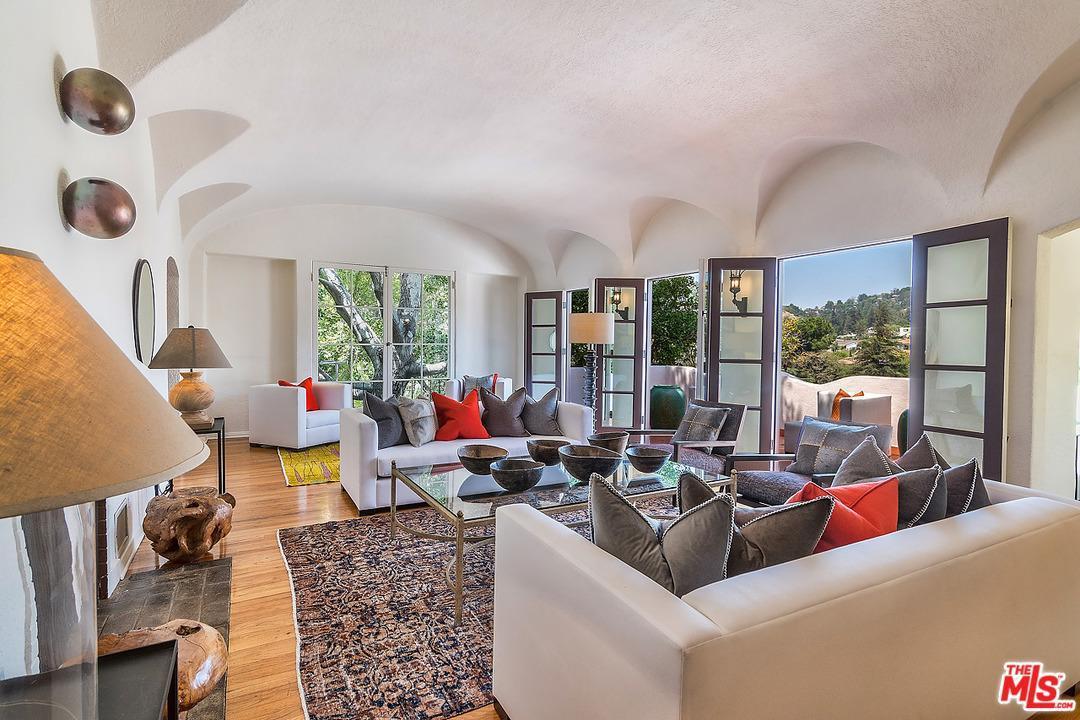 There's a decorative fireplace in the living room.
The Bienstock Group
Advertisement 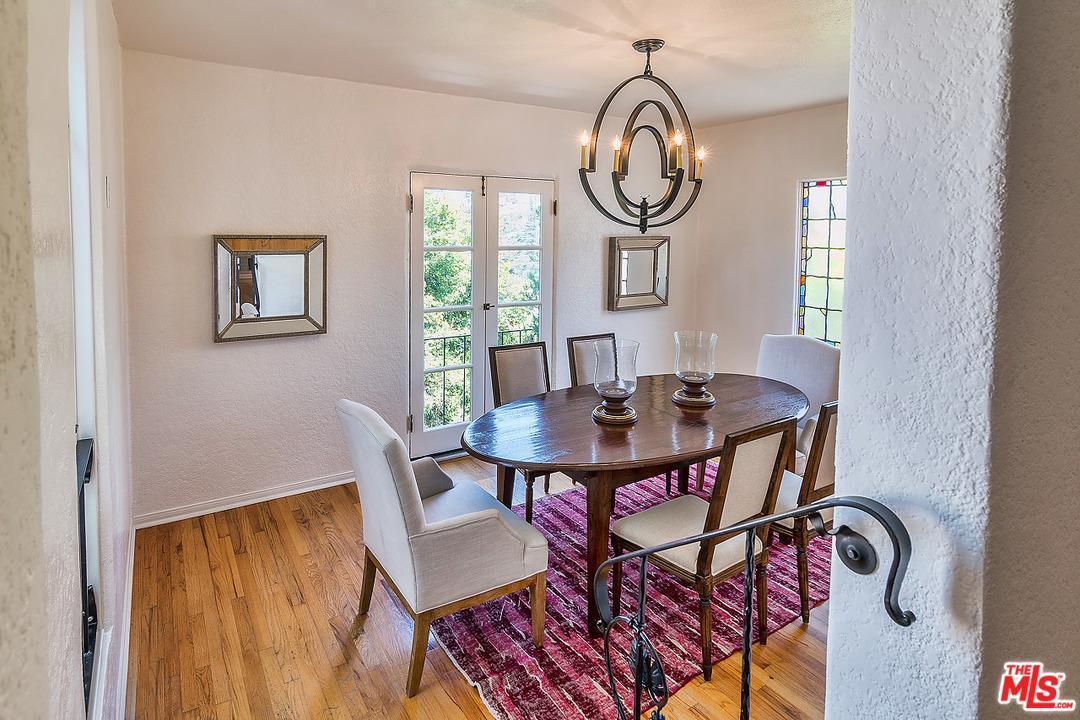 The dining room.
The Bienstock Group 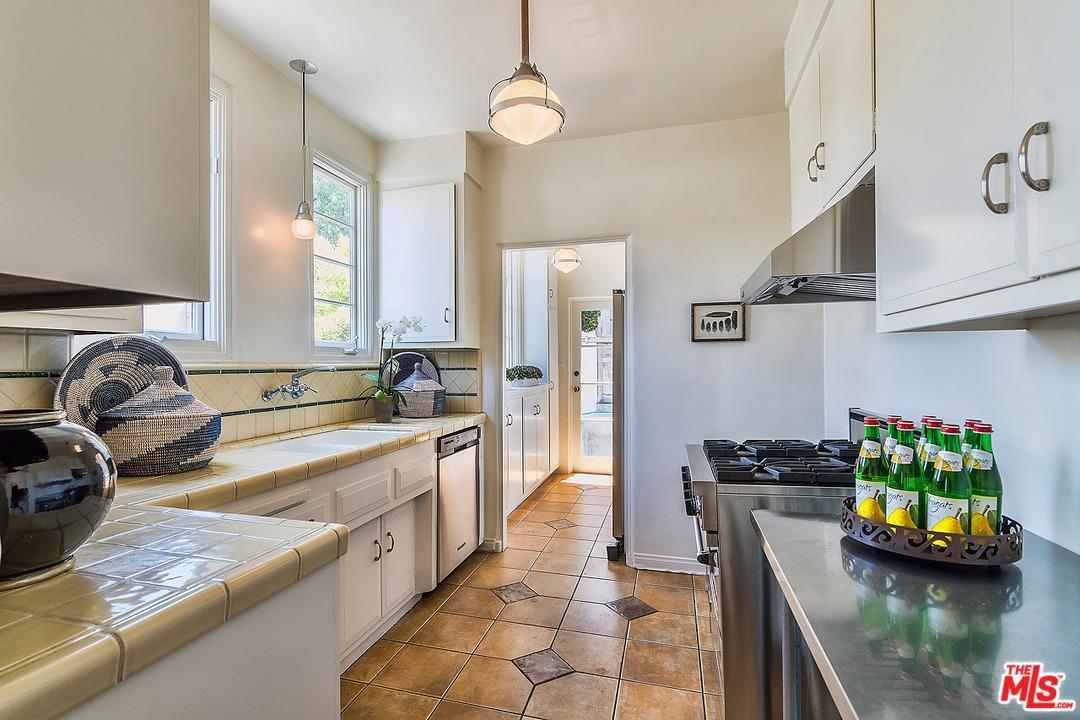 The kitchen.
The Bienstock Group 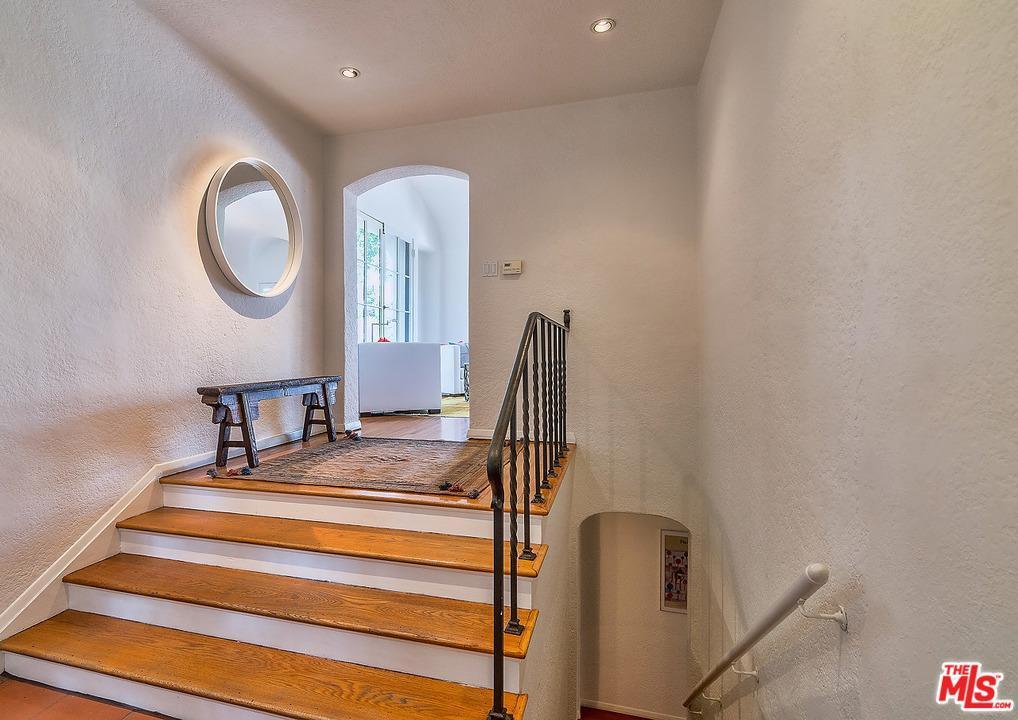 The two main floors are connected via staircase.
The Bienstock Group
Advertisement 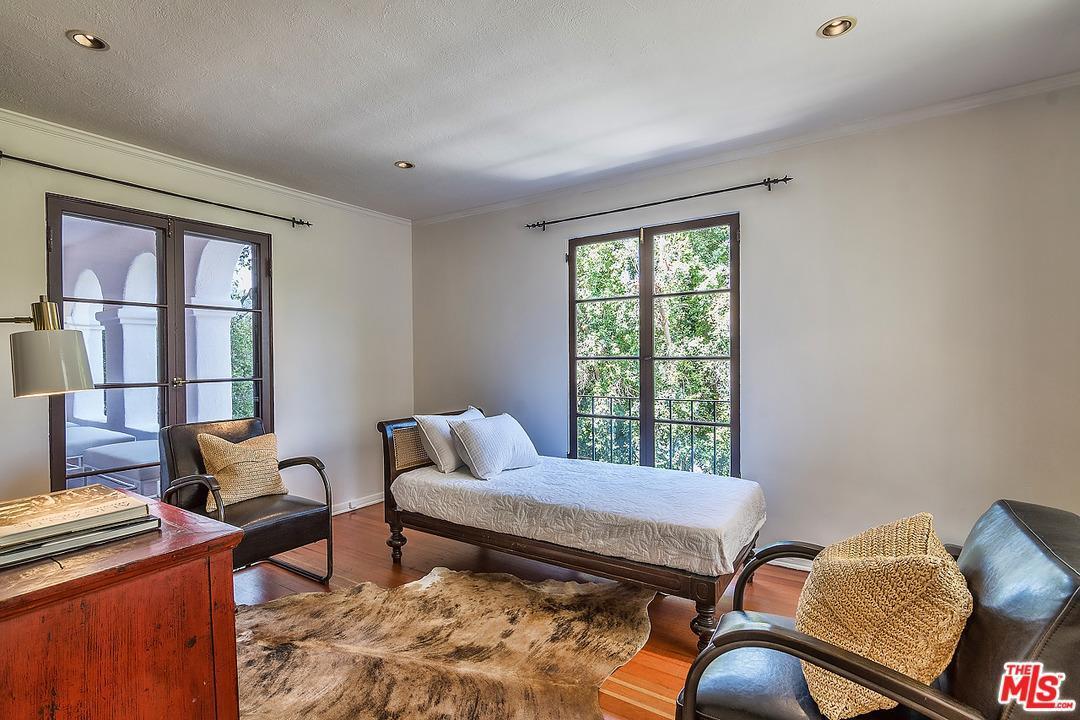 There's also a separated studio apartment on the lower level.
The Bienstock Group 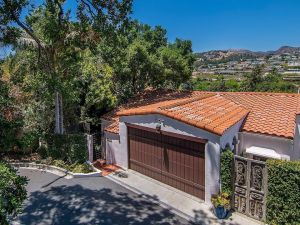 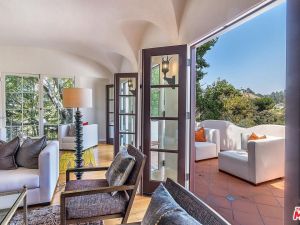 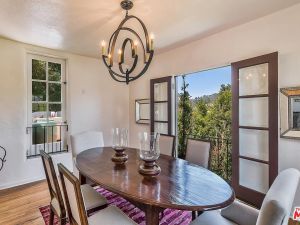 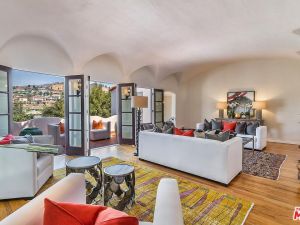 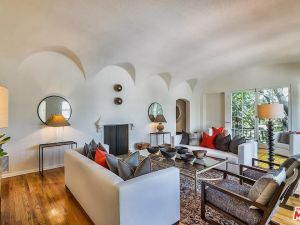 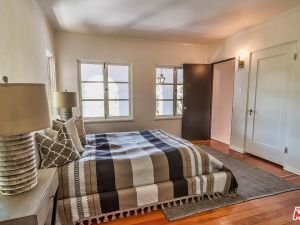 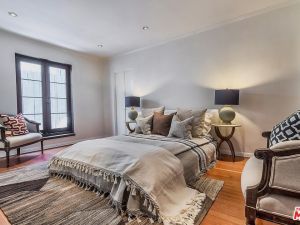 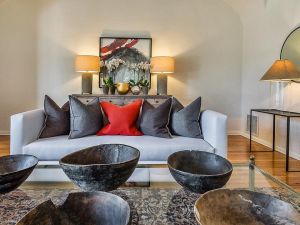 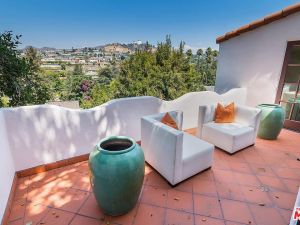 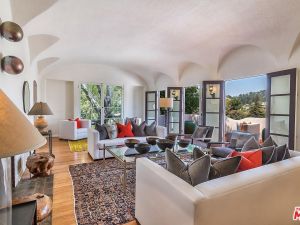 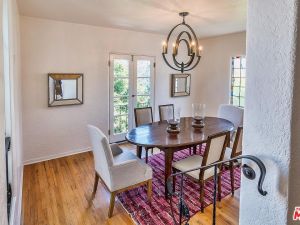 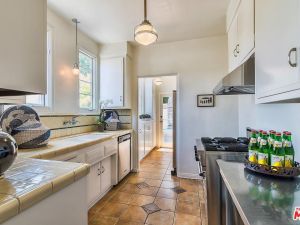 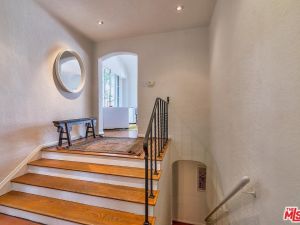 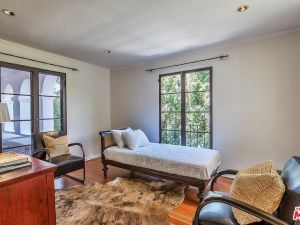 It’s been nearly a year since former Pretty Little Liars actress Ashley Benson offloaded her Sunset Strip abode, so it’s about time she found her next home. Indeed, it looks like Benson is starting out the new year out in a brand new house, as she’s reportedly purchased a three-story Los Feliz residence, per Variety.

Benson doled out $1.8 million for the Spanish-style house, which was built in 1925, and is located in the gated, celebrity-adored Laughlin Park enclave.

In late 2016, as Pretty Little Liars was coming to an end, Benson said she had moved to New York, which was “the one thing that I really wanted to do.” Alas, it seems the actress isn’t saying bye to Los Angeles for good, at least according to her new home purchase.

The 2,573-square-foot home is comprised of three bedrooms and 2.5 bathrooms, with numerous balconies and patios. Two stories of living space include a dining room, separate tiled kitchen and a living room with a decorative fireplace. There’s also a lower level with an attached “studio apartment,” per the listing held by Sheri Bienstock of The Bienstock Group, with a separate entrance and a full bathroom, creating a treehouse-like atmosphere.

Benson’s new digs are actually a bit smaller than the 3,085-square-foot French Normandy-style home she sold last year, and also lacks a pool, but the Spring Breakers actress is getting some big-name neighbors—she now lives on the very same street as Angelina Jolie, who set a record in Los Feliz when she bought the Cecile B. DeMille estate for $24.5 million in June 2017.

She already has friends in the area, as her former PLL co-star Troian Bellisario also made the move to Los Feliz, where she and her husband, Suits actor Patrick J. Adams, paid $3.89 million for a four-bedroom, six-bathroom house in May 2017. Other neighbors include Benson’s pals Kristen Stewart and Stella Maxwell.

It remains to be seen if Benson will adorn the Los Feliz pad with the rather personalized items she displayed in her former home, but we can’t imagine she’d rid herself of the monogrammed bedding and those framed movie posters of the films she starred in, plus the magazine covers. And surely she won’t be able to let go of the Pretty Little Liars memorabilia…or maybe her New York apartment is actually decked out with all the items already.