In October of last year, Barack and Michelle Obama were rumored to be buying an apartment in an exclusive New York building. The former president and first lady reportedly looked at units in 10 Gracie Square, a co-op on the Upper East Side.

A duplex in the building went into contract around this time last fall, further fueling speculation the Obamas had put in an offer on the unit, which was listed for $10 million.

The Vicente Wolf-designed home, which was featured on the cover of Elle Decor, is entered through a private elevator landing, features 11-foot ceilings, custom white oak floors and a 29-foot central gallery. The formal library contains a wood-burning fireplace, as does the sitting room in the master suite.

Given all the attractive features of the home, it’s easy to see why someone scooped it up—indeed, the sale of that apartment has since closed, and the buyer, who doled out $9.64 million for the five-bedroom, four bathroom residence, is hidden behind the inventively named Gracie Square Revocable Trust.

It could, perhaps, be the Obamas who used the trust, though it appears the buyers share an address with an investment banker, as the New York Post points out. But who knows, maybe the Obamas were just being extremely careful about maintaining their privacy.

If the Obamas are set on the building, there’s still another option: a five-bedroom, five-bathroom penthouse, which was relisted for $12.75 million in August. The prewar residence features four wood-burning fireplaces, walls of windows, 12-foot ceilings, a library, a wraparound terrace and two balconies. And if they haven’t looked at this particular unit just yet, they should definitely consider it—there’s plenty of room for the former POTUS and FLOTUS and their two daughters, Sasha and Malia.

Not that the Obamas are lacking in homes—they bought a 8,200-square-foot abode in the D.C. neighborhood of Kalorama for $8.1 million in June last year and they also own a home in Chicago. Maybe next, they’ll scoop up that Martha’s Vineyard house where they vacationed, though we do know that the former POTUS often ventures to more exotic locales for his much-deserved getaways. 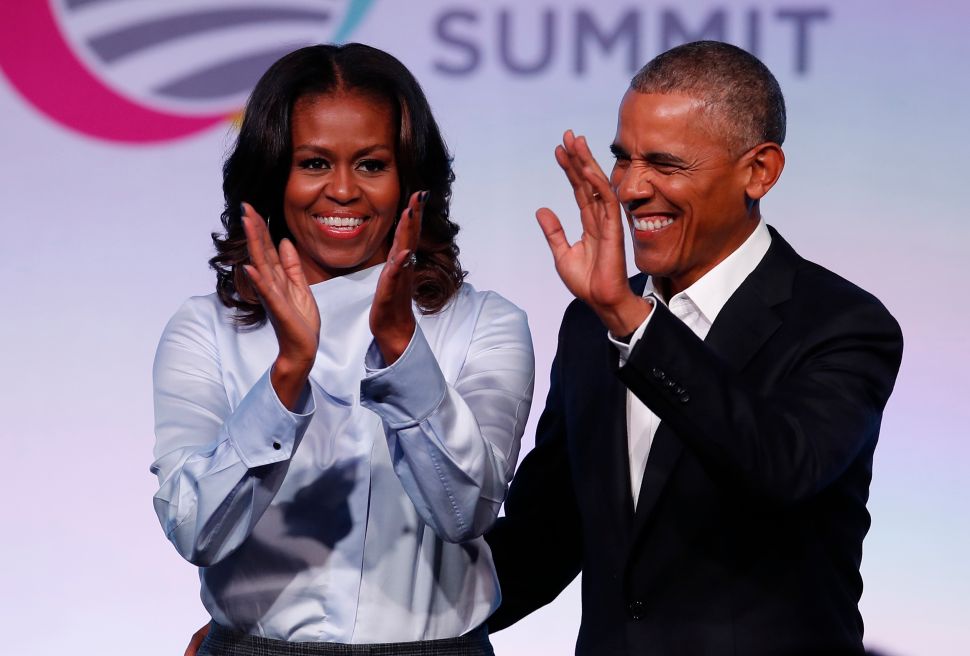