There was a time, in the very-recent automotive past, where if you wanted to drive a hybrid, you had two choices: A Prius, or a different-colored Prius. A few off-brand choices, half-forgotten Hondas and Hyundais, littered the roads, but when it came to alternative drivetrains, the Prius ruled the kingdom.

The Prius still dominates, but now it’s a shabby king, more like a traveling troubadour in a play about the king, unshaven and drunk once the illusion of the royal robes has fallen away. It may be hard to remember, but when the Prius first appeared, it was actually a glamour car, driven by Leonardo DiCaprio to the red carpet. These days Larry David, that least glamorous of Hollywood figures, drives a BMW i3. The Prius is now the hybrid car of the gas-saving hoi polloi.

A hybrid relies dually on an internal combustion engine and an electric motor. It’s neither a gas nor an electric car; it’s both. Some hybrids are plug-ins. You have to attach them to a wall outlet to get a certain amount of pure electric charge. These are growing in number as manufacturers make their slow lurch toward full electrification. A pure hybrid, though, doesn’t play that game. It has an electric motor, or even two electric motors, that work in concert with the gas engine to generate power and maximize fuel efficiency.

In the past, that meant driving pill-shaped cars that got good gas mileage but little else. But finally, at long, merciful last, the rest of the manufacturers have caught up with Toyota. If you want a hybrid, there are other options besides a Camry or an Accord. We’re living through a hybrid boom, the kind of thing that I find exciting even if not that many other people do. At last, some hybrids exist that aren’t boring. Here’s a partial roll-call.

Combining the overhead words almost seems like a joke. What do you mean, a two-door Lexus sports car that you plug into the garage wall? That isn’t possible! Why not just drive your Roomba to work? But it does exist, and it’s extraordinary. If this car were just a Japanese knockoff of the Porsche 911, it would be a fun, fast oddity. A V8 version also exists, without electric power, and it’s cool, not groundbreaking. But, with a V6 engine and an electric motor working together to generate 354hp—not to mention a hybrid transmission that operates a second transmission—The LC is a revelation. I’ve driven hundreds of cars since I started this strange gig six years ago, and the LC500 Hybrid was one of the few that I’ve considered running off with to Canada. It’s snug, comfortable and futuristic, and it’s an absolute nasty barn-burner, going zero-to-sixty in under five seconds. If you don’t love this car, then you don’t love cars. It comes in at a little more than $100,000, fully-loaded, so you’d better love it. But like I said, you will. Even though it gets worse gas mileage than a non-electric Honda Civic, it’s still the greatest hybrid ever born.

I’ll admit that I haven’t driven this car. They don’t exactly hand out $104,000 electric Porsches in the daily fleet in Austin, Texas, and Porsche reserves test drives for lad-mag car writers who pen sentences like “The Panamera Turbo S combines Porsche’s 550-hp twin-turbo 4.0-liter V-8 with a 136-hp AC motor/generator packed inside a new ZF eight-speed dual-clutch automatic transmission-cum-transfer case.” That said, would you bet against an electric Porsche turbo model, even if it does have a cum transfer case? Reports from the field indicate that it burns up the road, not really that surprising. More exciting is that the car’s internal computer is so precise that it’ll compile map data to maximize electric output. If the built-in GPS sees that an elevation change lies ahead, it’ll reserve electric output to boost you up the hill. The car can go 32 miles on electric power alone. And it’s a Porsche. Put in your order now.

Though Mercedes-Benz has been offering an electric variant of their flagship sedan for several years, this current edition, revealed at the 2017 Frankfurt Motor Show, represents the beginning of their efforts to out-Tesla Elon Musk. In most senses, they are way behind. Even the most generous estimates put the S-Class’ electric range at between 25 and 30 miles. Musk’s toothbrush has better range than that. But when stacked up against the other luxury electric laggers like BMW and Audi, Mercedes has a better case. The hybrid S-Class, if you’re looking at an electric sedan, offers a tremendous amount of executive luxury, a car full of heated leather pillows. You may own a Prius, but the S-Class owns you. It will pompously go on sale in the U.S. in 2019, at about $100,000. A similarly-powered Mercedes C-Class, now puttering around Austin’s streets as a Car2Go, offers less luxury but just as much efficiency.

Though not even remotely in the same class as the above three cars, the Niro (named after neither Robert DiNiro nor 1970s folk singer Laura Nyro), finally has changed the starter-hybrid game. It’s far superior to the trashy and weird Hyundai Ioniq, a vehicle that car people will mock for generations. The Niro, on the other hand, has a nice hatchback, a cute interior, and a 24-mile pure electric range if you remember to plug it in at night. I drove it for a week and averaged nearly 70 MPG. Best of all, this almost qualifies as a novelty item, priced at under $29,000, or about three-and-a-half Porsches, which is about right.

When is a hybrid not a hybrid? When it’s a MINI.This car is technically a plug-in, though it only has a 12-mile pure electric range. Once the sturm dies down, it’s still just a MINI with slightly better gas mileage. It has the lowest-rated electric range of any car on the market. But that’s the BMW brand modus operandi in this new semi-electrified climate: Say one thing, and offer another. That said, it’s a MINI, and MINIs are never boring. Given the road noise and the jostling, it’s the car version of a plug-in vibrator. Did I just say that? I did. Anyway, get a Lexus LC, you won’t be disappointed. 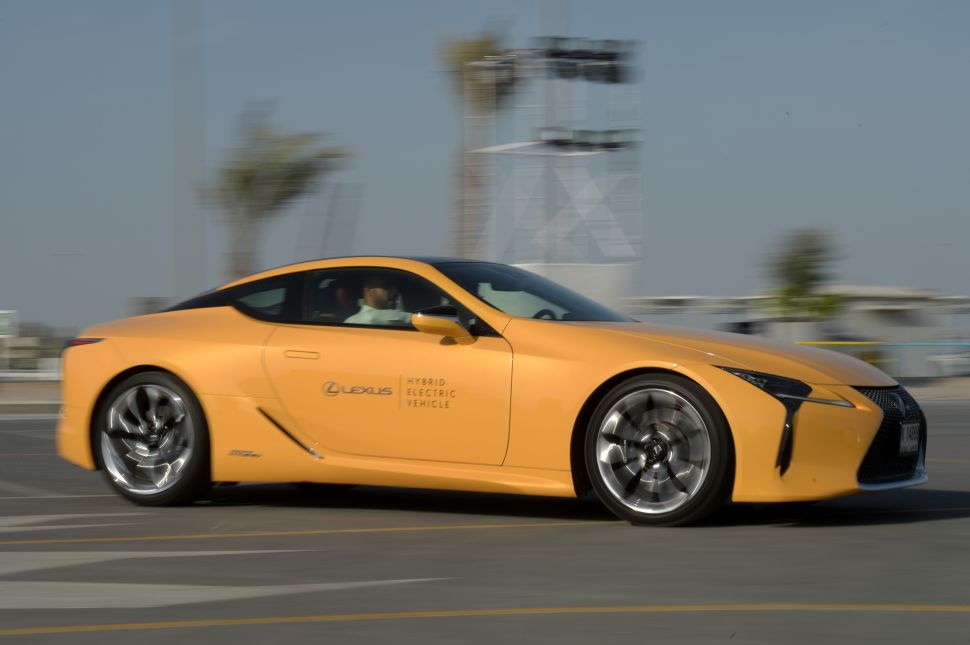