Last week, the prime minister of New Zealand, Jacinda Ardern, announced she was pregnant and that she would take six weeks off for maternity leave, while her husband will continue as the primary caregiver after her return to work.

Arden will be the first woman since 1990 to lead a nation while carrying a child. The last similar case was Benazir Bhutto, at the time Prime Minister of Pakistan. Though, Arden won’t be the first female in leadership position planning to juggle work and family.

Take the case of Marissa Mayer, who began her tenure as CEO of Yahoo in 2012 pregnant, becoming the first ever pregnant CEO of a fortune 500 tech company. Her decisions were simultaneously questioned—for the focus placed on work over family—and applauded, for ushering in a new precedent of a woman’s role in corporate America.

Mayer was seen to have blazed a trail for women in taking leading business roles without giving up developing a family, or putting a career on hold to do so. That, however, didn’t change the fact that the development of women in leadership roles has been excruciatingly slow.

While women make up 46.8 percent of the workforce in the U.S., only 6 percent of Fortune 500 companies are female, with a total of 32 female CEOs. Studies show that such lack of women in leadership roles can be largely related to uncertainty among women regarding what is an acceptable work-life balance, particularly relating to childbearing.

When it comes to support of female participation at the national level, the United States drastically falls back compared to the rest of the world.

According to the Bureau of Labor Statistics, 100 million employees in the U.S. have no access to paid family leave, and one in four new mothers are forced to return to work within 10 days after giving birth.

While Barack Obama held the presidential office, he often cited paid parental leave as a crucial economic matter. The opposition argued that any federal policies would place an undue burden on small businesses and the national budget.

A recent case study on California—the first state to implement paid family leave in 2004—has also shut down the assumption that paid family leave has a negative effect on businesses. On the contrary, 87 percent of respondents stated that parental leave had not increased their costs, and 9 percent stated that they saved money because of a decreased turnover of employees.

Businesses in other states might be able to make sure of the benefits themselves, since an interesting shift in policy may be currently underway due to President Trump’s proposed budget. It proposes the development of a paid family leave program—six weeks for both mothers and fathers.

The economic reasoning for female participation

Recent studies have repeatedly found that a diverse gender representation at the highest corporate levels—both at an executive and board level—have a positive impact on business.

A global Peterson Institute for International Economics study found that the presence of women in leadership positions in businesses had an undeniable positive impact on corporate performance. It found that by increasing the number of female leaders to 30 percent, their revenue was boosted by 15 percent.

With a return on investment so obvious, it seems incredible that there isn’t a higher level of female participation in corporate leadership. But in major corporations, it seems like the tide is starting to turn.

Youth-driven changes on the horizon

We see that the participation of women in leadership roles, though still shamefully small, is growing. But if we’re really going to make progress in this area, we need more high-profile women to set the precedent for taking maternity leave; for companies to take the studies seriously and implement family leave policies; and for the childbearing generation to show it’s a priority for when considering a job offer.

The millennial generation—a demographic that refuses to see gender and decision to start a family as a limitation in their careers—are naturally driving employers to quickly adopt policies to support these new expectations. If public opinion on women’s participation in the workforce was slow to change until now, it looks like we can expect to see a major shift in policy and opinion in the near future. 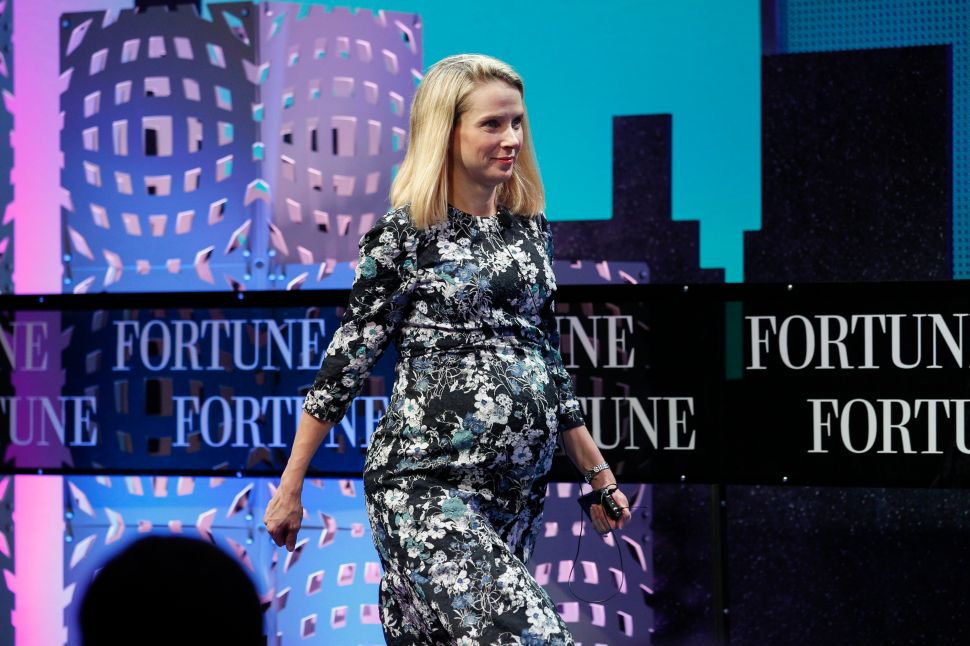