As Grammy Week begins in New York City, Mayor Bill de Blasio celebrated the opening of the Recording Academy’s new office in the city; the 60th Grammy Awards ceremony is set to take place in the Big Apple for the first time in 15 years.

The Recording Academy held a ribbon cutting ceremony at the Academy’s new office in the Murray Hill neighborhood of Manhattan on Monday morning. The space is a $13.5 million mansion originally built in 1860, which the Academy bought last January. The Grammys will be held Sunday, Jan. 28, at Madison Square Garden.

The last time the Grammys were held in New York City was in 2003. Since then, the ceremony has taken place at the Staples Center in Los Angeles.

“We are very proud to be the capital of music in the world, and it’s so wonderful to have this occasion, the beginning of a week that really recognizes what the music scene in New York City means all over and how much we contribute,” de Blasio told reporters outside of the townhouse.

He rattled off a list of contributions the city has made to the music industry, including the birth of salsa music in East Harlem, punk rock in the East Village and hip hop in the Bronx.

The city’s music scene, he maintained, is “getting the recognition it so richly deserves.”

“We are so happy to have the Grammys where in our humble opinion they belong in this place where so much has been contributed, and that’s why we fought so hard and worked so hard to bring it back,” de Blasio continued. “And I have to tell you like everything in life, it took a lot of negotiation. We worked closely with the Academy… to try to make sure we could get it right.”

De Blasio added that there will be “real economy opportunity” stemming from the Grammys presence in the city this year. He anticipates it will pump roughly $600 million into the city’s economy and that the impact “will go well beyond the seven exciting days ahead.”

“What I love about the Academy’s vision is that it is going to be a place that’s gonna be open to New Yorkers,” the mayor added. “It’s gonna allow people to bring their musical talent forward and get it recognized and help us to grow the next generation of musical innovators and stars and having this permanent presence means so much.”

The report, prepared by the Boston Consulting Group, indicated that the city’s $21 billion music economy is the most solid and diverse musical ecosystem worldwide.

The city’s top music venues sold 5.4 million tickets in 2015—more than Los Angeles, Chicago and Nashville combined, according to the report. And music-related jobs and wages in the city were growing at a yearly rate of four percent and seven percent, respectively.

Neil Portnow, president and CEO of the Recording Academy and a native New Yorker, noted that the Academy’s New York chapter was its second location in the United States. It opened shortly after the founding of the Academy in 1958.

“This wonderful location will serve as our permanent space here in New York, and it marks the first time we will own our offices and then we own a real piece of the Big Apple,” Portnow said. “But we expect to be far more than just occupants of the building. We look forward to increasing the mark we already make on the musical landscape of this great city and the support and the inspiration we provide to our creative community here through the many programs and initiatives we create and we present every year.”

He noted the previous owner of the building told him that he and his family would invite upcoming classical musicians who were either headed to Carnegie Hall or The Town Hall to test out their repertoire “in the acoustically special parlor room.”

“What a great legacy for the Academy to inherit, and I’m sure there’ll be many musicians and people within our music community and indeed the whole city who will carry on such a worthy and inspiring agenda, along with the many important and impactful missions that we develop, that we promote and we support,” Portnow continued.

John Poppo, chairman of the Recording Academy’s Board of Trustees and also a native New Yorker, expressed excitement over the Academy expanding its presence in the city.

“I’m so delighted to be here and to know that the Recording Academy is going to have its very own home in this great city,” Poppo said. “We’re a national academy, but we serve our membership and the music community at large through local chapters across the country, and this momentous occasion is a demonstration of our commitment to the welfare and health of all music and its creators.” 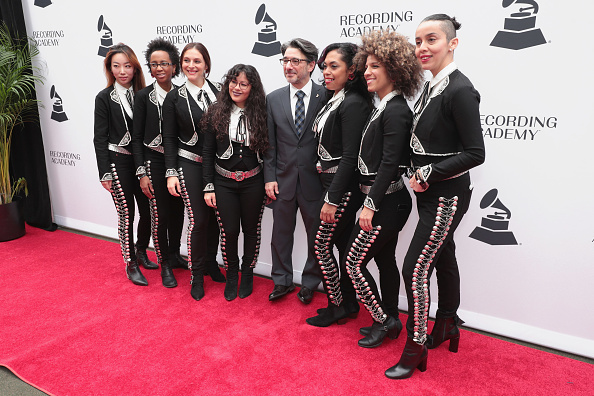