At his trial, Ross stated, “I was simply trying to give people the freedom to make their own choices and pursue their own happiness however they saw fit.”

Unfortunately for Ross, the judge saw fit to give him a life sentence without the possibility of parole.

This was the first time many Americans ever heard of Bitcoin, and thus it has been imprinted on their minds as being synonymous with drug trafficking and money laundering.

Since then, massive amounts of Bitcoin have been stolen as the result of computer hacks, most notably Mt Gox in 2014 and Bitfinex in 2016, and the total resulting losses equal a whopping 970,000 BTC ($12.6 billion at the time of this writing). For the victims, unfortunately, Bitcoin losses are not protected by the FDIC. Once that money is gone, it’s gone.

As far as brand issues go, Bitcoin’s are as disturbing as Jared “The Subway Guy” and as worrisome as the Equifax hack.

But lately, Bitcoin’s reputation has been improving — a lot.

In November, the price of Bitcoin increased from $4,000 to $9,000, causing many to wonder if maybe they were wrong about Bitcoin. And worse, if maybe they missed the boat. At one point that month Coinbase, the easiest cryptocurrency exchange to use, hit number one on the app store.

The mad rush is on. Regular folks are equating Bitcoin with their chance of (finally) getting filthy, stinking rich. And that is a good thing for any brand.

Banks have also begun to take notice. On December 17th, CME, the world’s largest futures exchange, launched its own Bitcoin futures contract. To many, this signaled that the mainstream banking world is beginning to accept Bitcoin as a legitimate currency, or at least store of value. Soon after, Goldman Sachs announced plans to set up a cryptocurrency trading desk (including Bitcoin) and JPMorgan Chase officially started analyzing Bitcoin’s volatility.

And then there’s Blockchain. The foundational technology on which Bitcoin is built is arguably the most revolutionary, transformative technology ever to exist. For the first time in history, digital scarcity is possible. Bitcoin’s increased brand association with Blockchain is helping pull it out of the seedy underworld of drugs and into the the high tech world of possibility.

Bitcoin’s brand is nowhere near in the clear. At the time of this writing, it is trading at just over $10,000, more than $9,000 less than it was trading at its peak last month. And it’s been a wild ride, with daily price fluctuations of over $1,000 in either direction a common occurrence.

But the massive activity of the past few months has done more than cause a few ulcers and create a few millionaires. It has brought Bitcoin into mainstream consciousness and created a whole new breed of armchair banker. All of a sudden everyone is reading charts and talking “candles,” and that’s a good thing. Money is personal, and for the first time in our lives Bitcoin is giving us a platform to interact with our money on an intimate level.

It has also forced the world to take notice and acknowledge that Bitcoin is not merely a medium for exchanging illicit goods or playing online games, and that it could quite possibly be on its way to becoming the accepted global currency.

Michelle is the CEO & Founder of Casting Coin, an Ethereum platform disintermediating the fashion industry. Read the rest of her bio here. 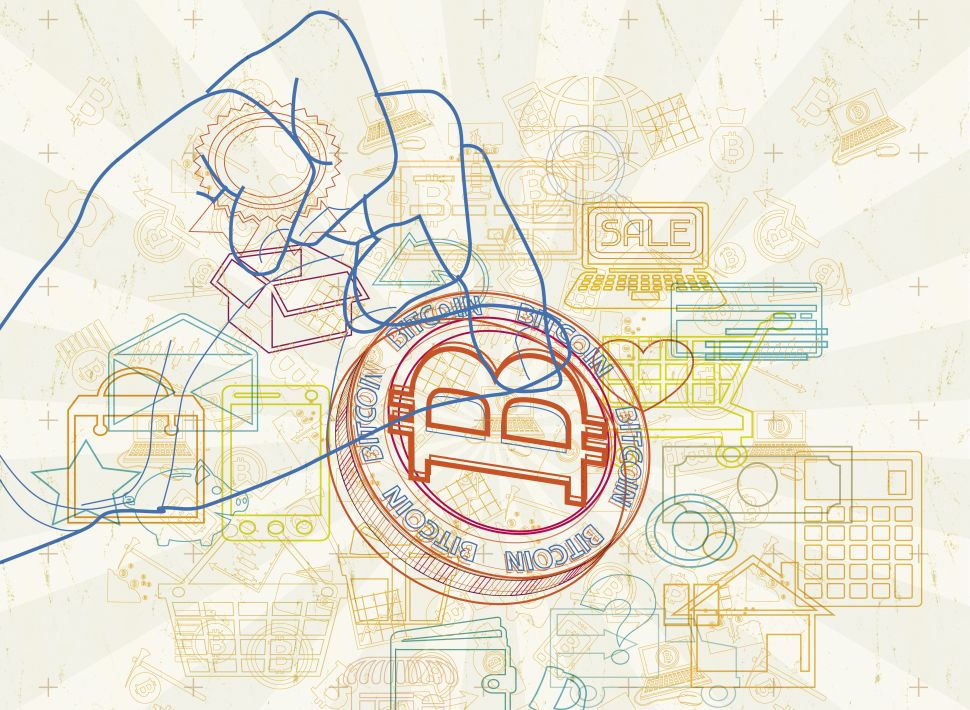