As the first blockbuster of the year, Marvel’s Black Panther has been near the head of the line on countless movie lists detailing 2018’s most anticipated titles; we’ve not hidden our own excitement for the film one bit. Coming from rising filmmaker Ryan Coogler (Creed) and complete with a talented and diverse cast headlined by T’Challa himself Chadwick Boseman, there was little reason not to get excited.

Boseman’s Wakandan King was introduced favorably back in Captain America: Civil War. Since then, there’s been a groundswell of support for the character’s solo film, arriving on February 16.

Just a few weeks out, experts are predicting a massive opening weekend at the box office, and early tracking numbers are backing up those projections. Should it live up to expectations, Black Panther is set to be Marvel’s fourth consecutive film that opens to at least $100 million with May’s Avengers: Infinity War all but guaranteed to cross that plateau with ease.

But what about the movie itself?

The social media embargo for the movie has finally been lifted, bringing with it the first wave of critical reactions. We’ve put together a handful of the best Tweets so you can skim through all of the responses.

“Black Panther” is one of Marvel’s most ambitious works and includes, in Michael B. Jordan’s Erik Killmonger, a top tier villain for Marvel or otherwise. He owns every scene he’s in and the film is everything it’s been billed as. Long may it reign. pic.twitter.com/KajWk3PNRm

BLACK PANTHER is like a Marvel movie, but better. the action is predictably awful, but this is the first MCU film that has an actual sense of identity & history & musicality. Wakanda is alive. whole cast is great but the women (and the war rhinos) steal the show — Danai Gurira!

BLACK PANTHER is incredible, kinetic, purposeful. A superhero movie about why representation & identity matters, and how tragic it is when those things are denied to people. The 1st MCU movie about something real; Michael B. Jordan’s Killmonger had me weeping and he’s the VILLAIN

You guys aren’t ready for #BlackPanther. It may be the strongest film in the MCU since The Winter Soldier. Ryan Coogler has made something so firmly fresh and new within the confines of the Marvel universe. Boseman and Jordan are just phenomenal, and I need more Wakanda now. pic.twitter.com/Xj8gJGdMUU

Black Panther looks, feels and sounds unlike any Marvel film to date. A visual feast. Wakanda is amazingly realized, the antagonist actually has an arc with emotional motivations. Marvels most political movie. So good. #BlackPanther

Wow. Black Panther is the best MCU movie ever. I’m not even being biased. This was by far the best marvel movie to date. #BlackPanther

#BlackPanther is exceptional – the James Bond of the MCU. You've seen nothing like this in a superhero movie – it's bold, beautiful & intense, but there's a depth & spiritualness that is unlike anything Marvel has ever done. It's 100% African & it is dope af. pic.twitter.com/Z77IjnIjf2

Ladies and gentlemen we have an AMAZING villain. #BlackPanther was so good I can’t breathe. AND DANAI GURIRA HOLY F@$&?!?!? I LOVE this movie. pic.twitter.com/eMOZTdIMQv

#BlackPanther is everything we all wanted it to be. A smart, emotional, well-told story. And just f'ing beautiful. pic.twitter.com/dvNDgEH7k0 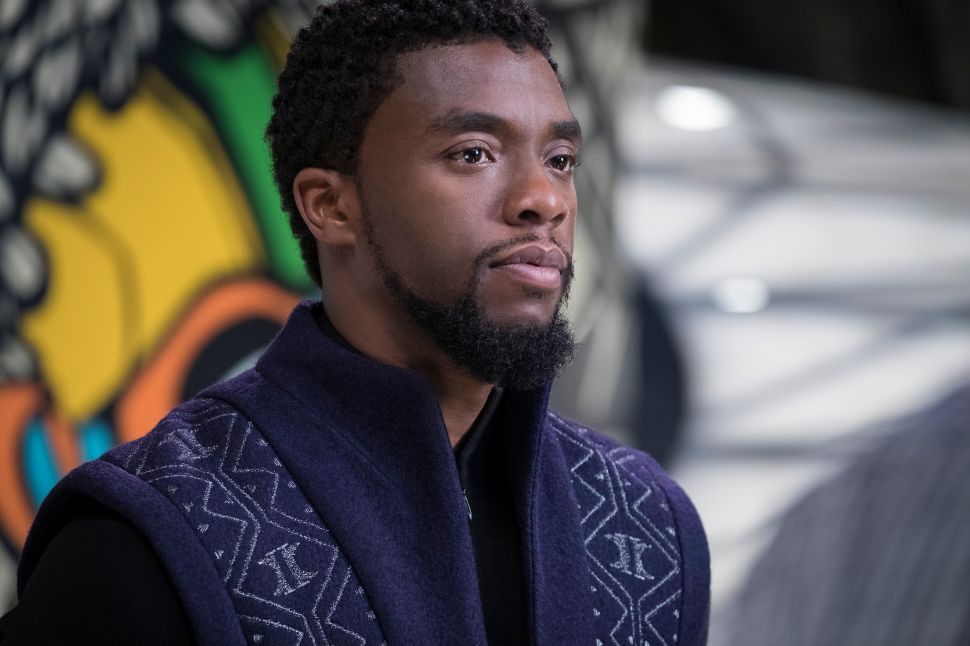