Laurence D. Fink, chairman and CEO of BlackRock, the world’s largest asset management firm, has had his mind fixated on how businesses can help make the world a better place beyond turning short-term profits lately.

In a public letter addressing all CEOs, featured at the top of BlackRock’s website on Tuesday, Fink urged business leaders to prioritize social responsibilities and long-term planning over short-term financial performance.

The message is a “lightening rod” for the asset management industry, Jeffrey Sonnenfeld, a senior associate dean at the Yale School of Management, told the New York Times.

Fink’s advocacy is spurred by two broad trends in today’s world: 1) governments are increasingly dysfunctional in solving social and economic problems, as seen by the widening wealth gap since the 2008 financial crisis; and 2) investors increasingly shift from high-cost active funds to passive, index-based investment products.

“We also see many governments failing to prepare for the future, on issues ranging from retirement and infrastructure to automation and worker retraining. As a result, society increasingly is turning to the private sector and asking that companies respond to broader societal challenges,” Fink wrote.

The concept of corporations’ social responsibility isn’t new. It has been floating around in the business world for years, coined into terms like ESG (environmental, social and governance), impact investing and so on. But few companies have put it on the list of actionable items, often due to a lack of immediate incentives.

And yet, Fink believes otherwise.

He argued that a sense of social responsibility eventually drives a company’s bottom line. His chain of logic goes like this:

“Without a sense of purpose, no company, either public or private, can achieve its full potential. It will ultimately lose the license to operate from key stakeholders. It will succumb to short-term pressures to distribute earnings, and, in the process, sacrifice investments in employee development, innovation, and capital expenditures that are necessary for long-term growth. It will remain exposed to activist campaigns that articulate a clearer goal, even if that goal serves only the shortest and narrowest of objectives. And ultimately, that company will provide subpar returns to the investors who depend on it to finance their retirement, home purchases, or higher education.”

And that suggests one reason for companies to look beyond the short term. But more important is an increasing amount of capital allocated in index funds. Actively managed funds, which charge high management fees and have historically generated higher returns than index funds, have been struggling to keep the edge in recent years.

Unlike active funds, in which investors can trade in and out of a company’s stocks, index funds don’t allow investors to cherry-pick individual company stocks to trade, therefore, making investors reliant on the long-term prospect of a company.

To secure the interest of long-term investors, Fink urged companies to move away from short-term measures, like quarterly reports and proxy voting at annual meetings. Instead, company boards should engage in drafting out long-term strategies for their companies and make them transparent for shareholders, he wrote. In the U.S., for example, company leaders should articulate how the new tax bill will affect their business moving forward.

“Of course, we recognize that the market is far more comfortable with 10Qs and colored proxy cards than complex strategy discussions. But a central reason for the rise of activism–and wasteful proxy fights–is that companies have not been explicit enough about their long-term strategies,” he wrote. 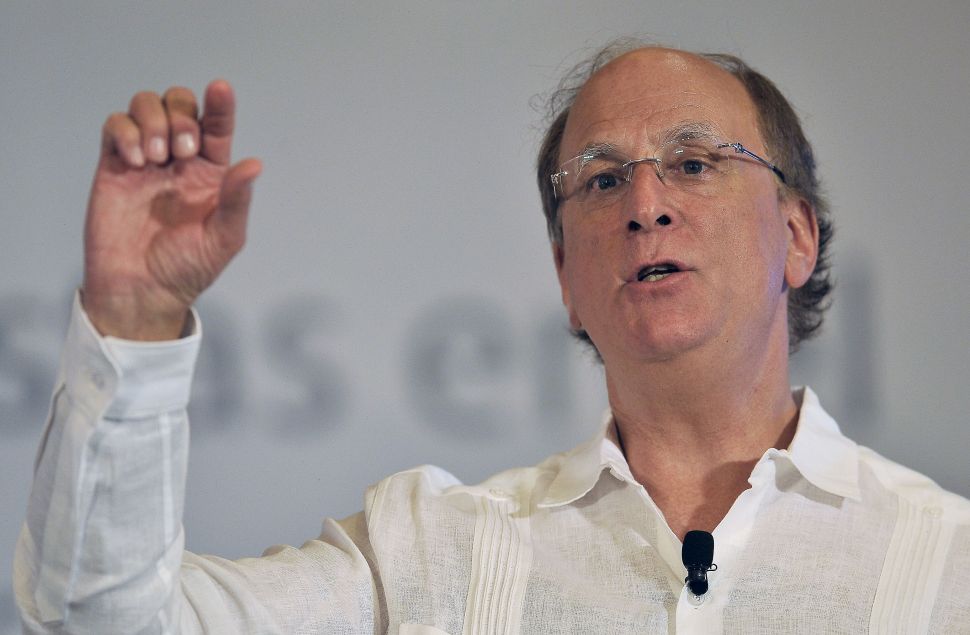