The nation’s first-ever food hall inside a Saks Fifth Avenue is now open in Miami. Inside the Brickell City Centre located in the city’s downtown financial district, Casa Tua Cucina whips up gourmet Italian and Mediterranean fare, from house-made pasta to croissants and gelato. There’s even an intimate 30-seat wine bar that makes for the perfect refuel after shopping.

Created through a partnership between Saks and the team behind South Beach’s iconic Casa Tua Restaurant, Private Club & Hotel, the 18,000 square-foot marketplace offers 10 dining stations, a 300-seat restaurant, a full bar, a flower market, and a themed home goods shop. This is a first for a U.S.-based Saks store, but not for the global brand itself. It joins two other Saks gourmet food halls, both located in Canada.

“Brickell City Centre is an ideal location to introduce this concept in the U.S.,” Saks’ president Marc Metrick says. “At Saks, we are taking an opportunistic approach to introducing many new elements that fit inside of what we call “the new luxury.” The lifestyle element of Brickell, coupled with the unique opportunity to partner with a local, but globally renowned partner like Casa Tua, made this an obvious choice.”

Located on the first floor of Saks Brickell City Centre, the hall features country modern design with industrial accents. It resembles a European-style marketplace, where stations include a small open kitchen with clear-glass cases filled with ingredients and baked goods. Some offer bar seating, where customers can eat as cooks whip up plates. Otherwise, there are dozens of low-lying chairs, tables, and long wooden banks. Across the space, shoppers can peruse packaged goods, from jams and breads to sweets and gift baskets.

Standout stations offer hearty Italian entrées like lasagna, daily soups, rotisserie chickens and meats, and caviar and bottarga; or lighter items like charcuterie, cheeses, and paninis. There’s also a hand-made pasta area, a crudo grill, a pizza station, and a salad and juice bar. The hall churns out fresh-baked breads and pastries every hour too, from focaccia to croissants and cakes.

For drinks, stop by the coffee and tea counter, or take a seat at the wine, beer, and cocktail bar packed with more than 60 wines, bottled Italian beers, and cocktails mixed with Italian tonics and liquors. Nibble on a tapas and canapes menu, which is available at the bar too.

“Casa Tua Restaurant is known for our Italian food,” Casa Tua founder Miky Grendene says. “And through Casa Tua Cucina, we can offer those dishes and a lot more. Everything we serve is artisanal, made with passion and ingredients that are difficult to source.”

Food aside, the space includes a small area with home and kitchen accessories, paired with flowers and other small keepsakes to purchase.

Miami’s Brickell City Centre opened in March 2017, creating one of the most luxurious open-air retail centers in the country. Measuring in at about 50,000 square-feet, mall-goers were met with retailers like Lululemon, Sephora, and Ted Baker as well as local restaurants and a dine-in movie theater.

Though Casa Tua Cucina is the first food hall to open within the mall, it won’t be the last. A three-level Italian hall called La Centrale will occupy about 40,000 square-feet with similar pasta, gelato, coffee, and dessert items. Though it was slated to open by the end of 2017, it has yet to debut. There is no word on a definitive launch date.

“Casa Tua Cucina is separate from La Centrale,” Grendene says. “We want our guests to feel like they are enjoying a meal at home, and we are confident that our passion and attention to detail will stand out to our guests.” 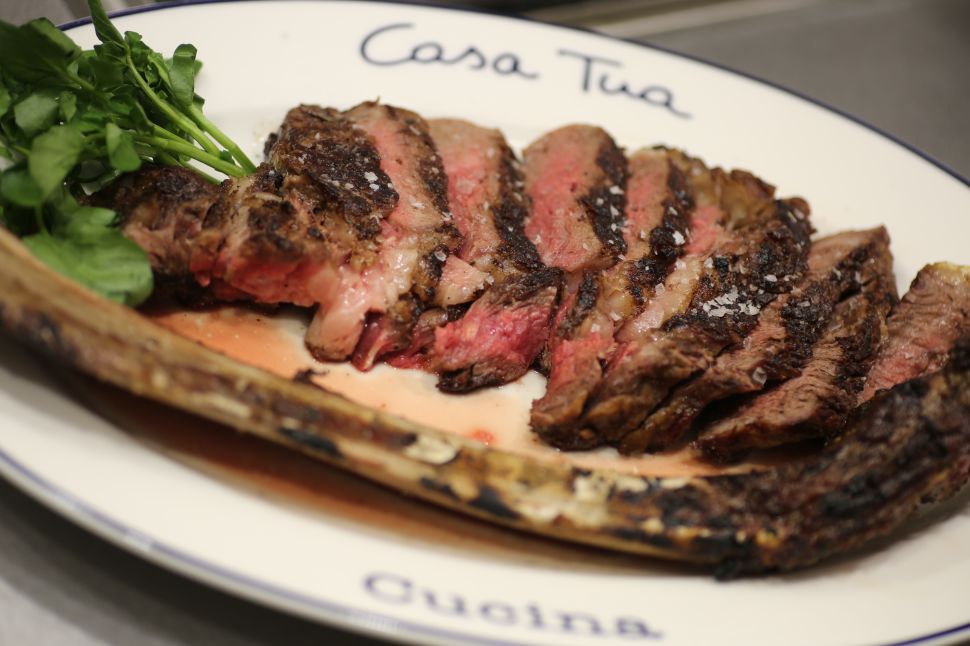