At a conference about Jerusalem held in Ramallah, Palestinian President Mahmoud Abbas spoke his mind about President Donald Trump.  Addressing Trump in absentia, Abbas wished him “Yakhreb Beitak,” meaning “may your house come to ruin.”

In translation, that seems to be rude but innocuous. In the original, President Abbas was saying, “F— you.” “Yakhreb Beitak” is one of the ugliest, non-crude curses one can give in Arabic. In his world, Abbas was cursing politely.

There is a real art to cursing in Arabic. Unlike in English, where curses are obvious, often sexual, short and to the point, Arabic curses tend to be more crude and entire lines and incantations. In fact, some of the first words people pick up in Arabic are curse words and many Hebrew curse words are actually Arabic.

Abbas delivered the bombshell because he was incensed that Trump did not speak to him directly about pulling some of the monies the United States donates to the UNRWA (United Nations Relief Works Agency For Palestine Refugees in the Near East) budget, which aids the Palestinians. The Palestinian president discovered the funding cut by way of Trump’s now ubiquitous and notorious modus operandi: Twitter.

At the opening of the conference Abbas said, ““[Trump] said in a tweet, ‘We won’t give money to the Palestinians because they rejected the negotiations.’ Shame on you. When did we reject that talks? Where is the negotiation that we rejected?” Then he let loose. “May your house come to ruin.”  Those sitting in the audience laughed in appreciation of Abbas’ message and the way it was delivered.

Abbas went on to explain why Jerusalem is important to Islam. He said it was “the first direction of prayer.” That is true. But what Abbas did not explain is that the Prophet Mohammed turned his back on Jerusalem in response to the Jews rejecting his prophecy. After that historic moment, which is described in the Koran, Mohammed changed the direction of prayer from Jerusalem to Mecca and the big, black, rectangular stone called the Kaaba—now the holiest site in Islam. He said, “True, Jerusalem does not have the Kaaba, but it is the first direction for prayer and the third holiest site in Islam.”

Abbas continued on, admonishing that the Palestinians will not make the same mistakes they made in the past, in 1948 and in 1967, when they rejected all peace proposals and came away with nothing.

“Jerusalem is our eternal capital,” Abbas declared, “come what may. It is for this reason that we are gathered here—to defend it. We’re in a sensitive position. What can we comprise on later? The state itself? Abu Dis as capital? We’re done. Here we stay. We will not make the mistakes of the past—of 1948 and 1967—again. Jerusalem and al-Aqsa, of which Mohammad spoke, are one of the holiest sites after Mecca and Medina.”

In reality, Abbas and the Palestinians are repeating those same mistakes. They are once again rejecting peace and did exactly that when the Palestinian Central Committee voted to renege on the 1995 Oslo Accords, which set the framework for a two-state solution.

The vote, which was 74-2 with 12 abstentions rejecting the recognition of Israel, “mandates the Palestine Liberation Organization’s executive committee to suspend recognition of Israel until it recognizes the state of Palestine, cancels the decision to annex east Jerusalem and stops settlement activity.”

The Palestinians are trying to stoke the flames of conflict. They want everyone—but especially their supporters in the Arab and Muslim world—to get worked up and excited. They are rejecting past agreements and proposals. Abbas is rewriting the playbook on peaceful negotiations and diplomacy.

The problem with this strategy is that the Palestinians are overplaying their hand. Their actions don’t influence Israel and will have a negative impact on the Trump administration. But their biggest mistake is assuming that moderate Arab countries will toe their line. Frustration with Abbas and the Palestinians, combined with fear of ISIS and radical Islam and disdain for Iran, might motivate moderate Arab countries to be in the United States’ corner. 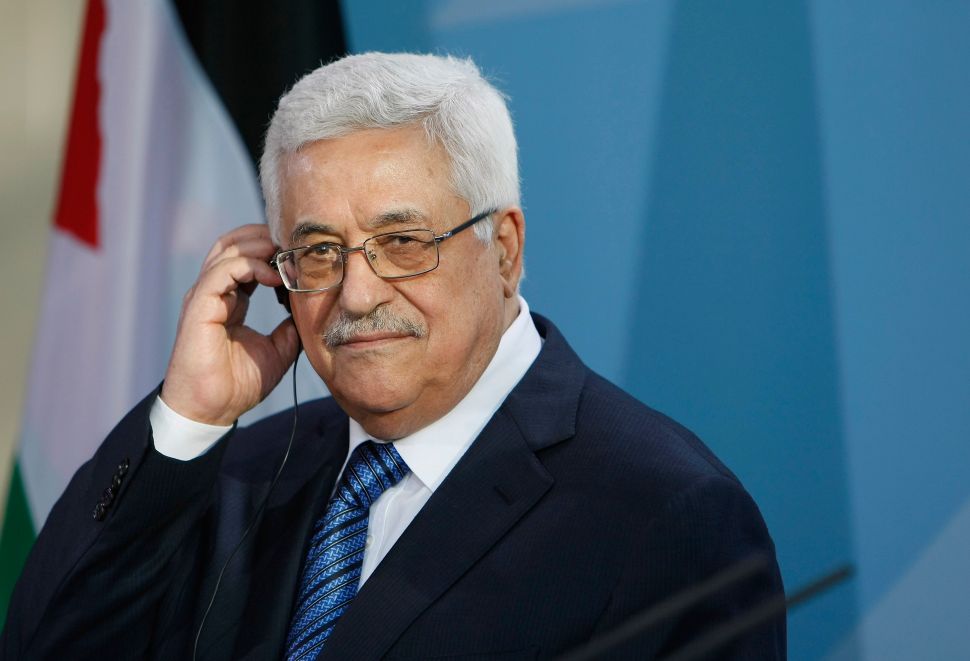