No women will be heading the City Council’s top committees under newly elected City Council Speaker Corey Johnson, as the new class grapples with a low number of women members and the first male speaker in more than a decade.

Bronx Councilman Ritchie Torres, who previously headed the Committee on Public Housing, will now serve as chairman of the newly created Oversight and Investigations Committee. Torres was among the speaker candidates who conceded as soon as Johnson clinched key support.

None of the major committees will be chaired by women.

At a meeting following the Council’s first monthly stated meeting of the year on Thursday afternoon, Johnson defended his choices to head the committees.

“Every single woman in the Council is chairing a committee,” he told reporters. “If you look at the leadership team, a lot of women of color.”

Johnson’s speakership marks the first time the body has not been led by a woman, following Melissa Mark-Viverito, who served from 2013 to 2017 and her predecessor, Christine Quinn, who served from 2006 to 2013. And the number of female members has dropped from 13 to 11. The number decreased from 12 to 11 after incumbent Queens Councilwoman Elizabeth Crowley lost her bid for reelection.

All eight speaker candidates were male until a week before the speaker’s race vote, when Brooklyn Councilwoman Inez Barron announced her candidacy on the grounds that it was time for a black speaker. She stayed in the race until the very end and voted for herself.

Brooklyn Councilwoman Laurie Cumbo, an African-American woman and a close ally of Johnson’s, will serve as Majority Leader. On the 20-person leadership team, there are only six women, though five of them are women of color. Cumbo is the only woman in the seven top positions on the leadership team.

Newcomers also made the cut.

In a statement, Gibson said she was pleased with her assignment overseeing city agencies’ capital budget spending.

“She welcomes this exciting and new opportunity to advocate for the best interests of all New Yorkers, particularly as it relates to investment in our city’s infrastructure,” her office said in a statement.

Brooklyn Councilmen Jumaane Williams and Brad Lander did not receive any committee chairmanships. Williams was named chairman of the City Workforce Equity Task Force, while Lander will serve as Deputy Leader for Policy on the leadership team.

Williams refused to concede during the speaker race up until the last minute. He instead traveled to Albany the day of the vote—he is said to be preparing to run for lieutenant governor of New York State—and conceded in a statement.

Bronx Councilman Andy King, who is said to be the subject of an internal Council probe into sexual harassment allegations, was still named as chairman of the Committee on Juvenile Justice. Johnson said he would not confirm or deny the allegations against King.

“There is due process and congeniality as part of our process here at the Council,” he said. 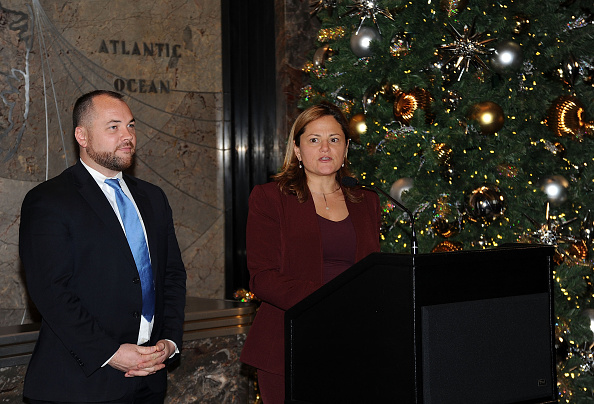