We knew that Netflix was shelling out a whopping $12 million to entice David Letterman back to television, but we didn’t know exactly what for. All we knew was that he was headlining an untitled new six-episode talk show that would experiment with interview format and style. Needless to say, the industry’s curiosity was piqued.

Today, we have some new information that sheds light on Letterman’s secretive project.

“You never know when you might learn something, and that’s what this is about for me,” Letterman says in the newly released teaser for My Next Guest Needs No Introduction With David Letterman. Netflix announced Friday that the monthly series will begin streaming on Friday, January 12. “These are people that I admire.”

Letterman’s hour-long talk show series will kick off next week with former President Barack Obama, marking his first late night appearance since leaving office. A new episode will be made available each subsequent month, per the company’s announcement. In addition to the former Commander in Chief, other A-list guests include: George Clooney, Malala Yousafzai, Jay-Z, Tina Fey and Howard Stern.

In addition to the star-studded interviews, which will take place both inside and outside of the comfortable studio setting, My Next Guest will also feature field segments from different locations that, according to Netflix’s release, showcase the legendary host’s “curiosity and desire to dig deeper on a specific topic related to the iconic guest featured in the episode.”

Letterman hosted CBS’ The Late Show With David Letterman from 1993 to 2015. His replacement, Stephen Colbert, has overtaken Jimmy Fallon’s The Tonight Show thanks to a recent surge of politically focused humor. 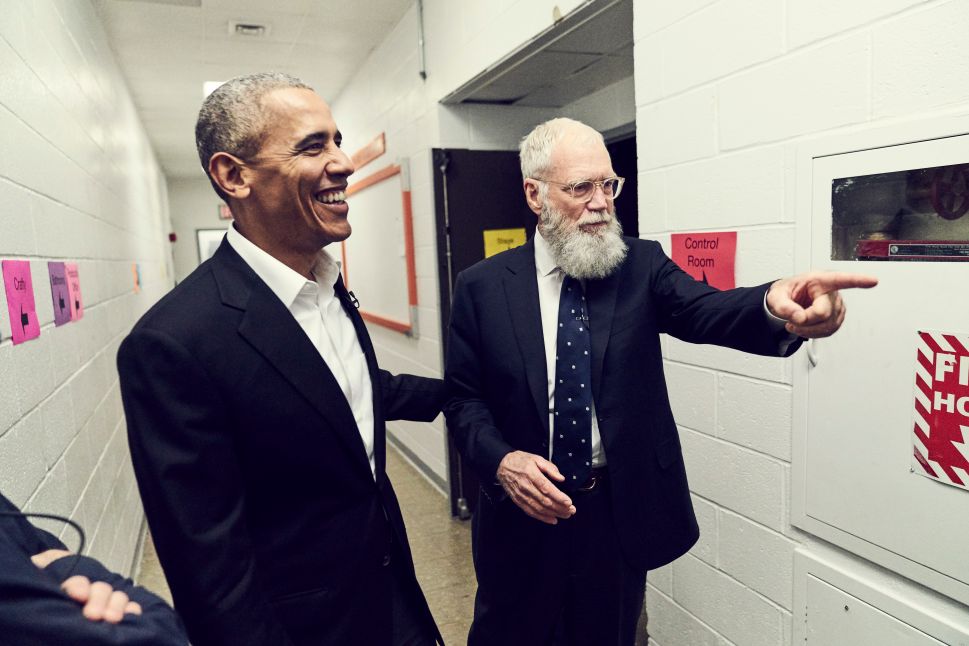