With Democratic triumphs in this year’s midterm elections looking increasingly likely, leading Democrats in Washington, D.C. need to be thinking now about what to do if and when they win a majority in at least one chamber of Congress this November.

It is vital that Democrats start developing a series of bills that they can begin passing in a Democratic-controlled House of Representatives on Day 1. They must begin passing every piece of progressive legislation they can think of: Medicare for all, free college, equal pay for women, a $15 minimum wage, prison reform, redistributive taxation, alleviating voter suppression, and on and on, down the line.

Of course, nothing a Democratic House passes while Donald Trump is president—or as long as Republicans have at least 41 votes in the Senate and the ability to filibuster—will ever see the light of day. This is a given.

But it doesn’t matter. Let Republican senators filibuster. Let Trump veto. But if Team Blue wins the House this year, it must pass every piece of progressive legislation possible in that chamber to show progressives that Democrats have heard them and are receptive to their wishes.

As we have seen time and again, it is notoriously difficult to motivate progressives to vote. Polling consistently shows that majorities of non-voters say they would favor Democrats if they voted. Conservatives are more reliable at election time, so boosting progressive turnout is key if Democrats are to triumph in 2020.

Before saying anything further, it is important to issue a caveat here: Democrats, of course, must take nothing for granted. Ten months is an eternity, especially in politics, and the situation can change dramatically between now and then. A consistent, continued stretch of good economic news, a terrorist attack, or any number of other unforeseen events could change the equation entirely. It is worth noting that in one of the three midterms since 1930 in which the president’s party made a net gain in Congress, the most recent such occurrence came on the heels of the worst terrorist attack against America in its history.

However, if there are no major changes to the current trajectory—if Democrats remain motivated and if Donald Trump remains as unpopular as he is—the likelihood is very high that Team Blue, at a minimum, will win the House of Representatives in November. Over the last 56 years, presidents below 50 percent approval during midterm elections have seen their parties lose an average of 40 House seats. Democrats need a net gain of 24 seats to take the House. If Trump’s approval ratings remain mired in the 30s, a 40-seat gain may be a floor for the opposition party, not a ceiling.

The Senate map provides a less favorable terrain for Democrats, but the triumph of Democrat Doug Jones in Alabama’s special Senate election last month demonstrates that even daunting terrain can be won under the right circumstances. Would Jones be in the Senate today if his Republican opponent had not faced multiple allegations of hitting on teenagers while in his 30s? No. But who knows who the next Republican Senate candidate to implode will be? In addition to Jones, Senators Joe Donnelly (D-Ind.), Claire McCaskill (D-Mo.) and Chris Coons (D-Del.) all arguably owe their current jobs to Republican primary voters who chose unelectable nominees.

But again, for purposes of motivating their base for 2020, Democrats only need to win the House. They can pass a flurry of progressive legislation in the House and then, when it dies in the Senate or on Trump’s desk, they can capitalize on Republican intransigence to inflame and motivate liberals.

As things stand right now, Democrats are on the cusp of winning big in the midterms. The Democratic overperformance in special elections throughout 2017, even in heavily Republican districts, points to a blue wave in 2018, and the flurry of Republican congressmen heading for the exits is further confirmation. Special election results in the years before midterms have been highly predictive of the midterm results. Democrats must be ready to take advantage of what, at this point, looks like a very likely win for them in November.

Team Blue rarely misses an opportunity to miss an opportunity, but if it wants to fully capitalize on the good fortune that Republicans seem determined to hand it, the Democratic Party has to be ready to hit the ground running in January 2019. If Democrats haven’t already started writing a flood of progressive legislation to pass once they take the House, they need to get to work on that right now. The wave is coming, and Democrats had better be ready to ride it. 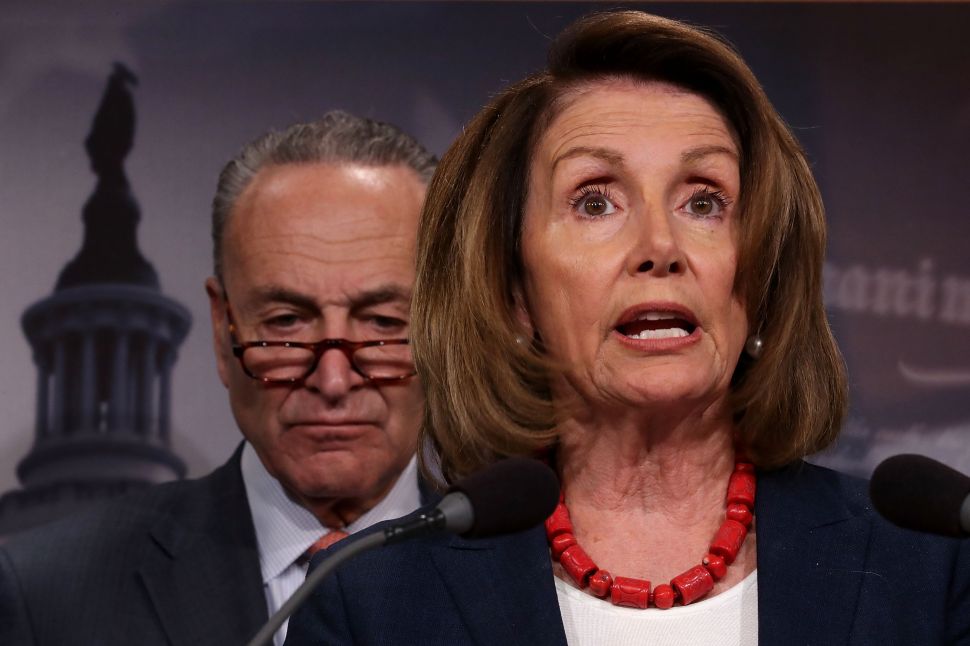