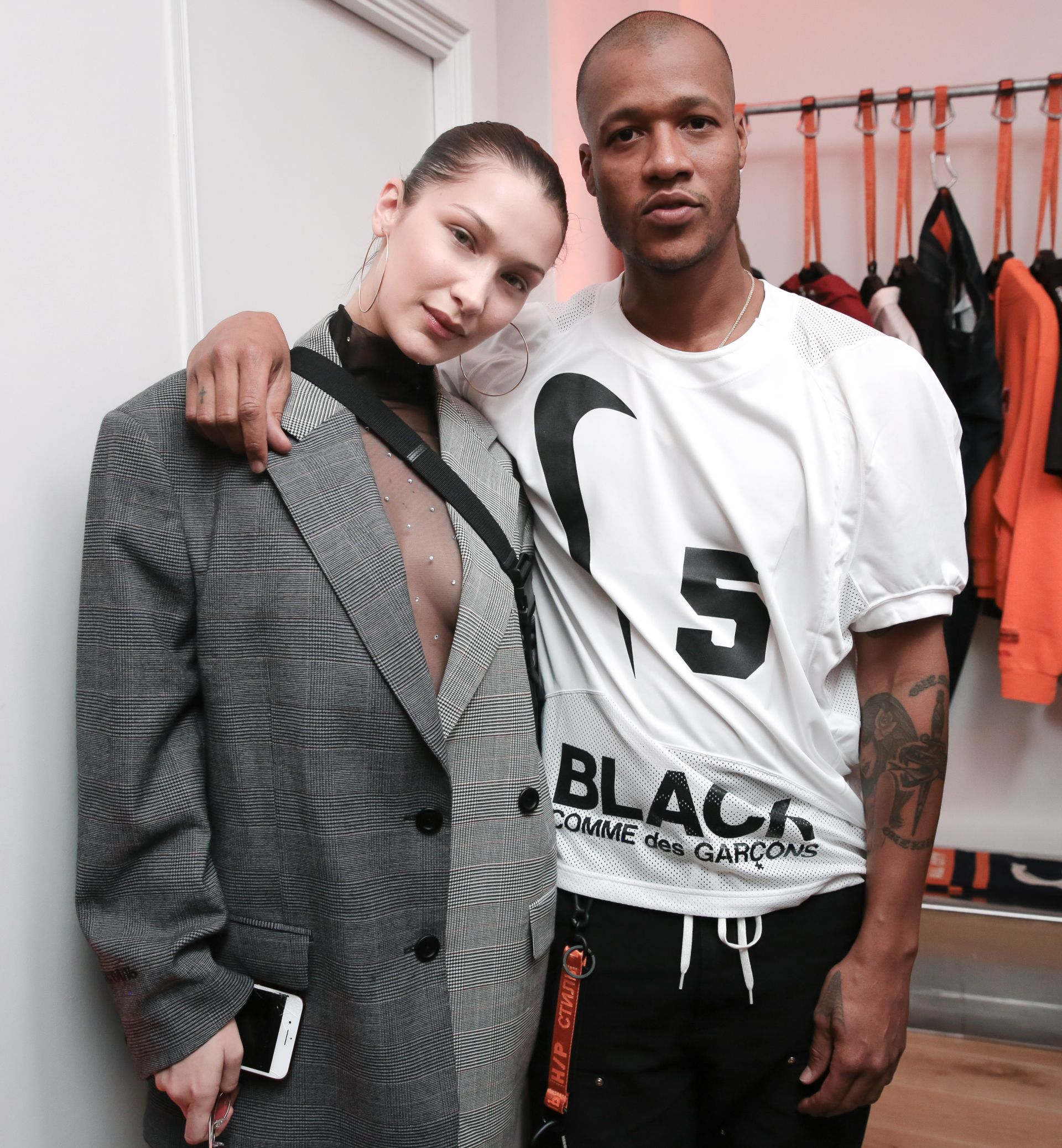 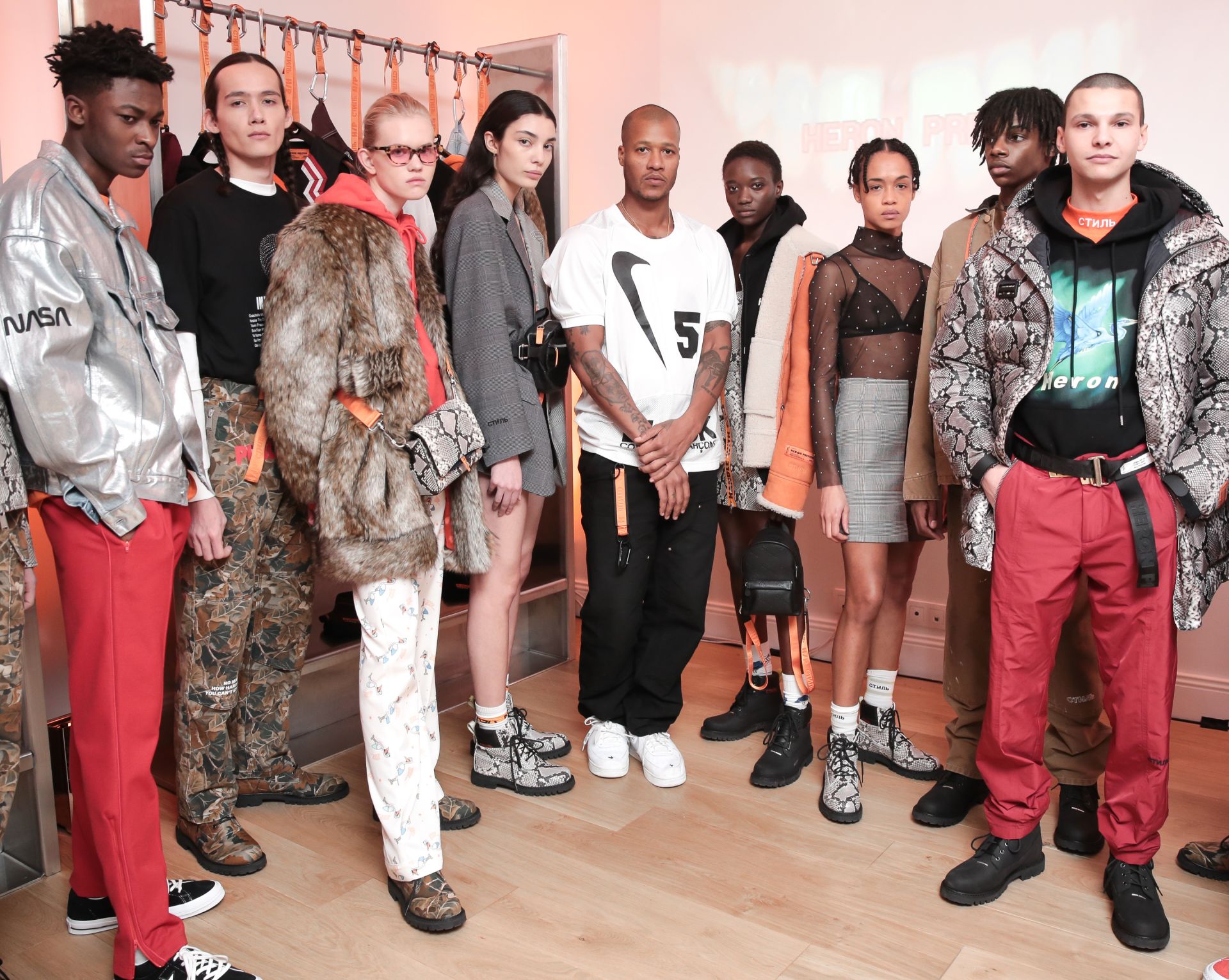 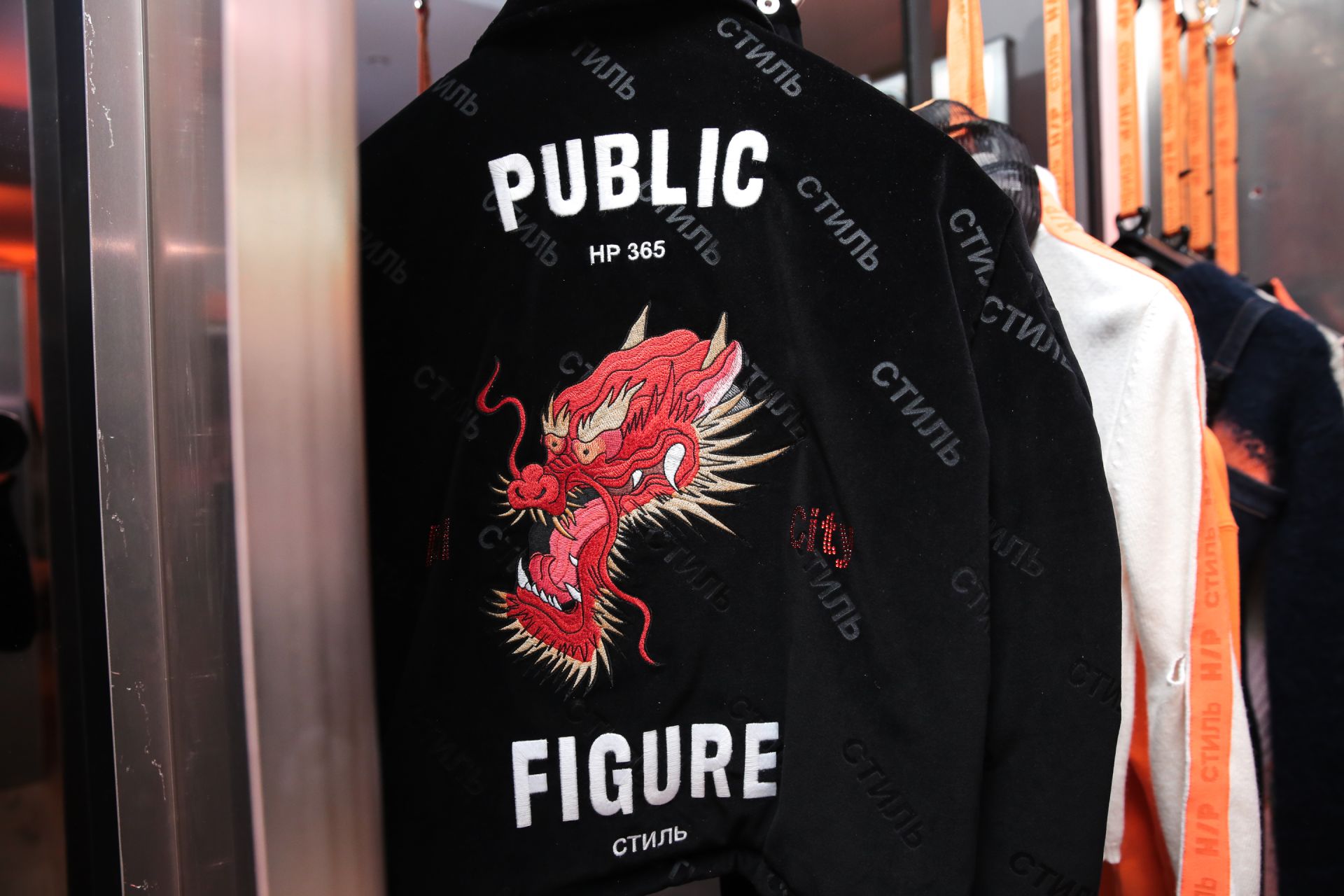 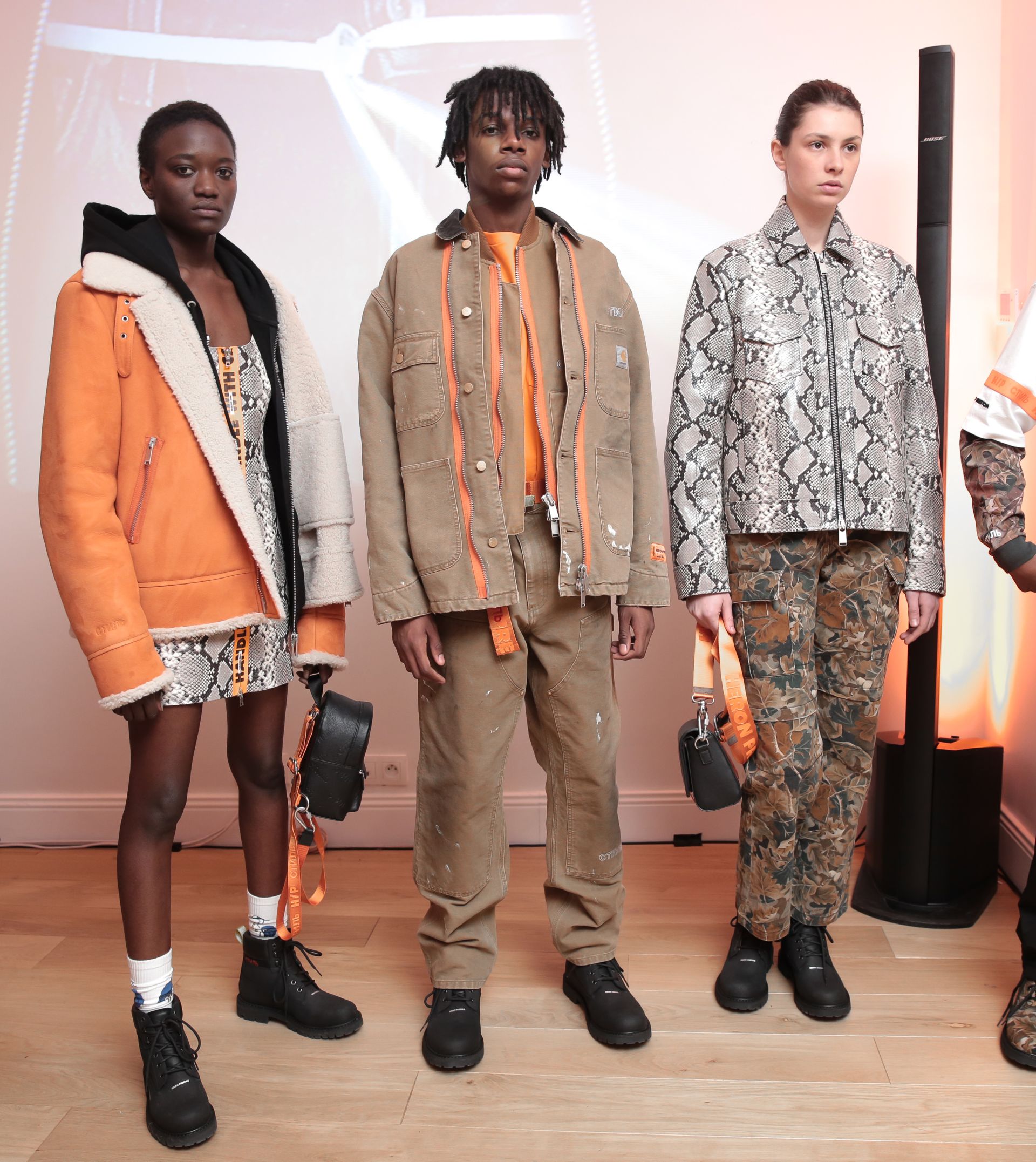 The collection is filled with snakeskin items, edged with bright orange.
BFA for Heron Preston
Advertisement 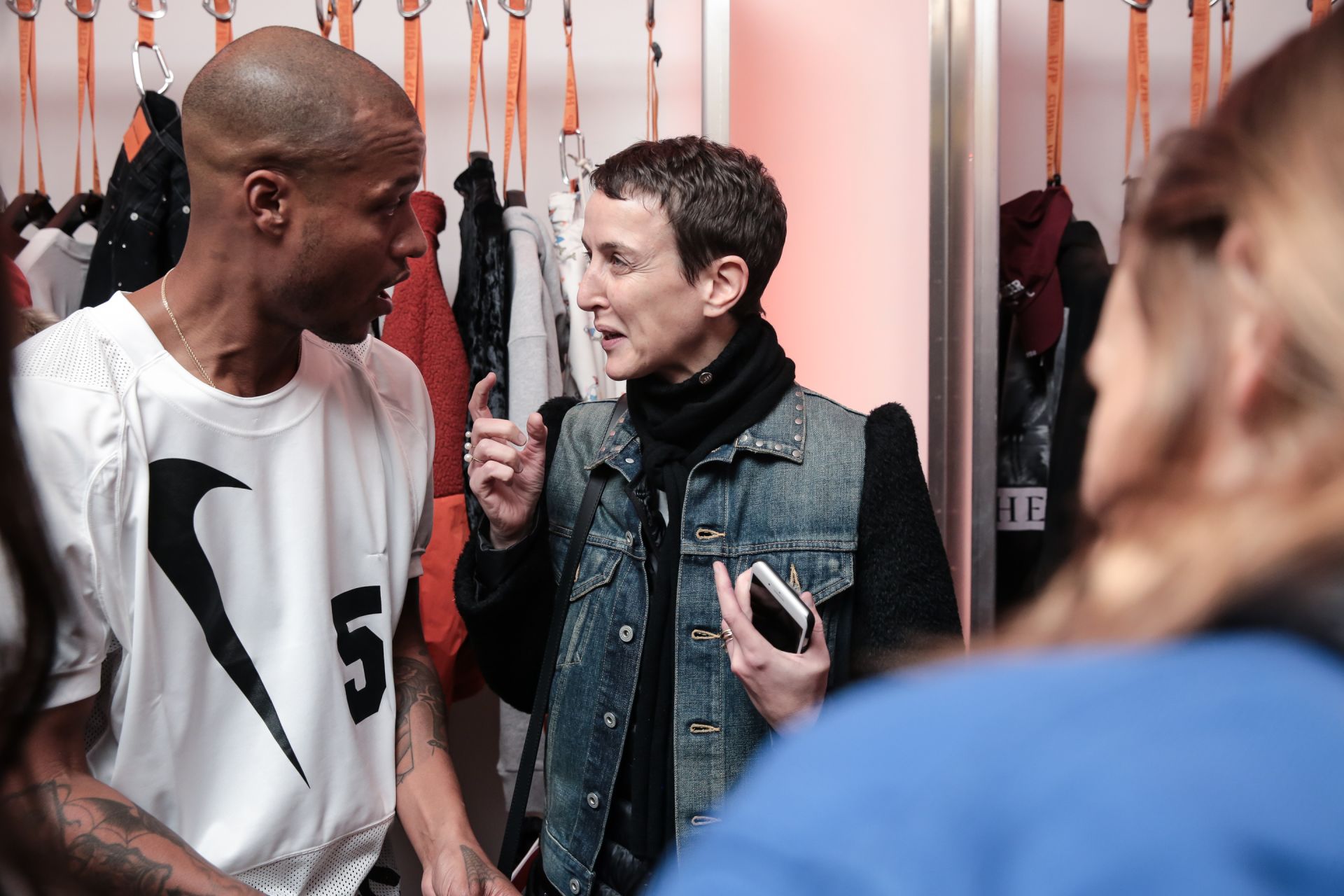 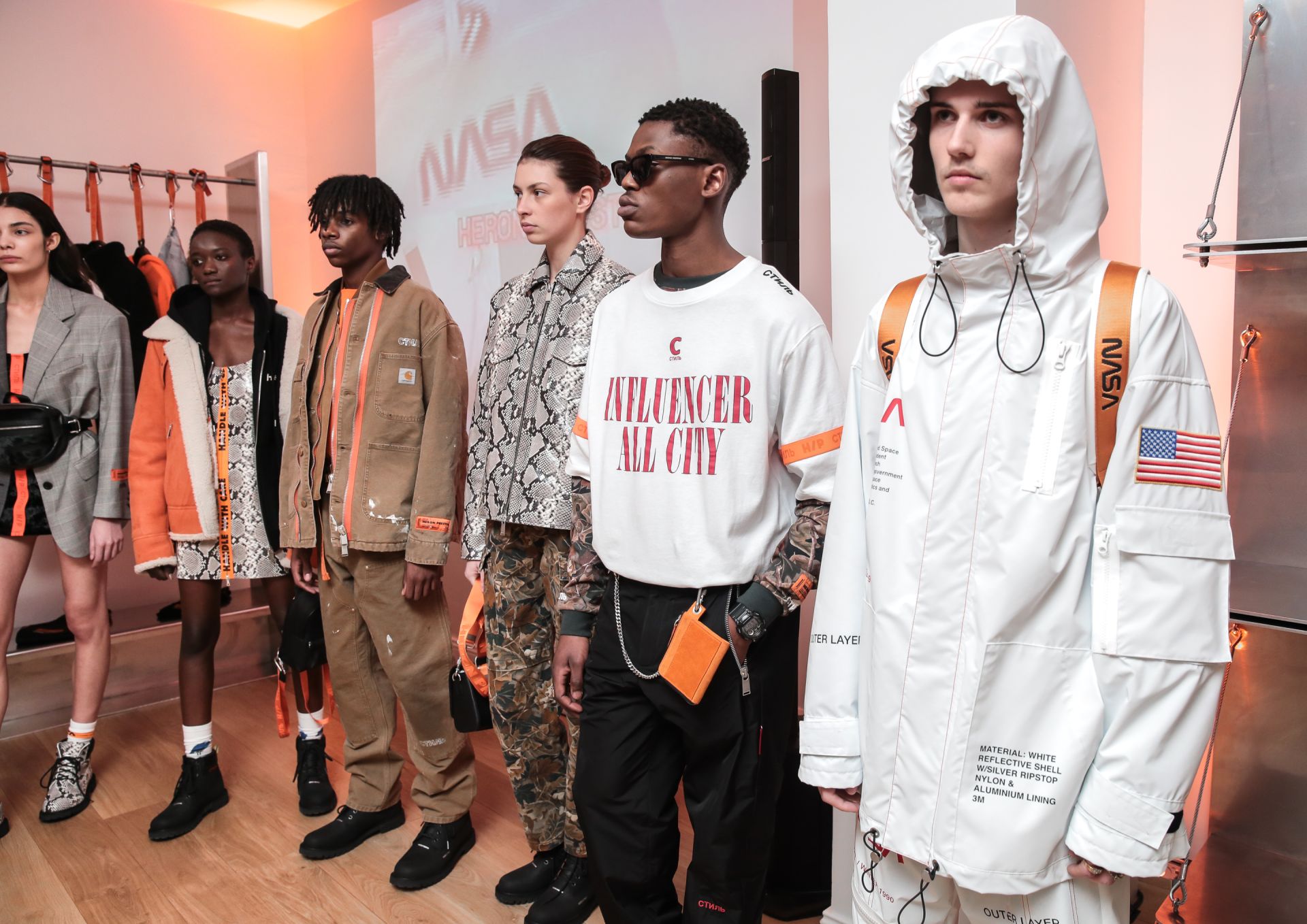 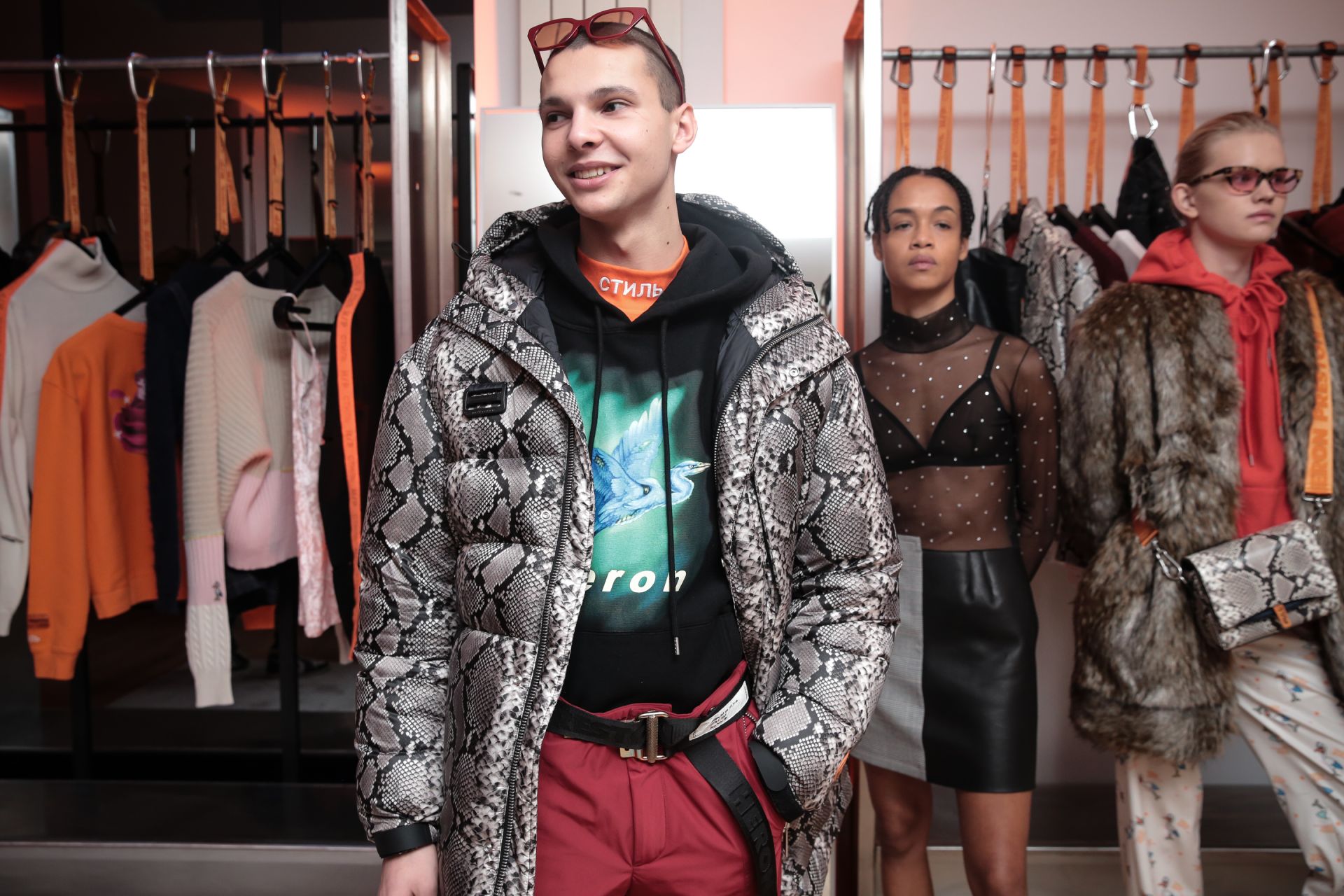 This range was made to be Instagrammed.
BFA for Heron Preston
Advertisement 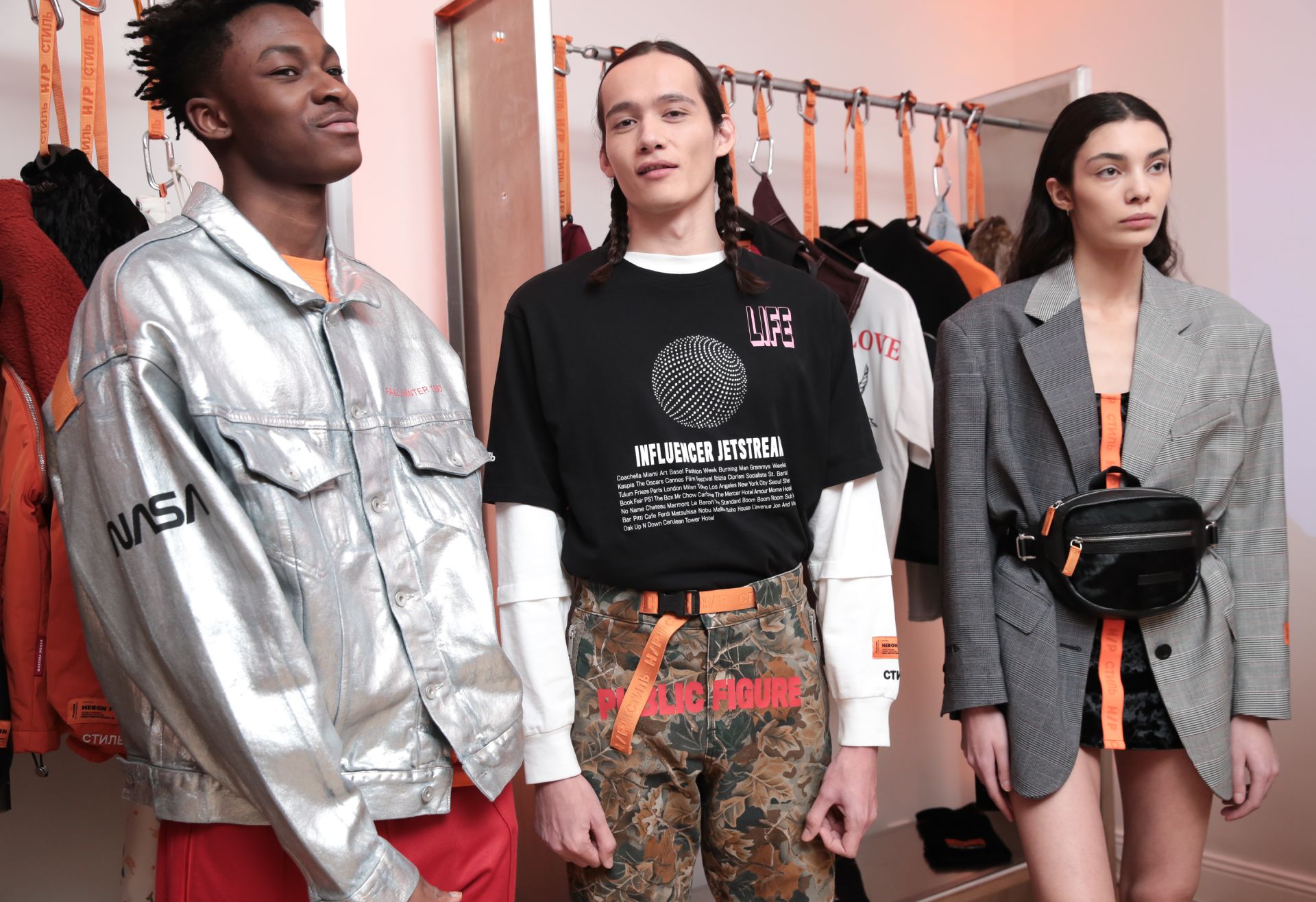 Do you follow the "influencer jet stream?"
BFA for Heron Preston 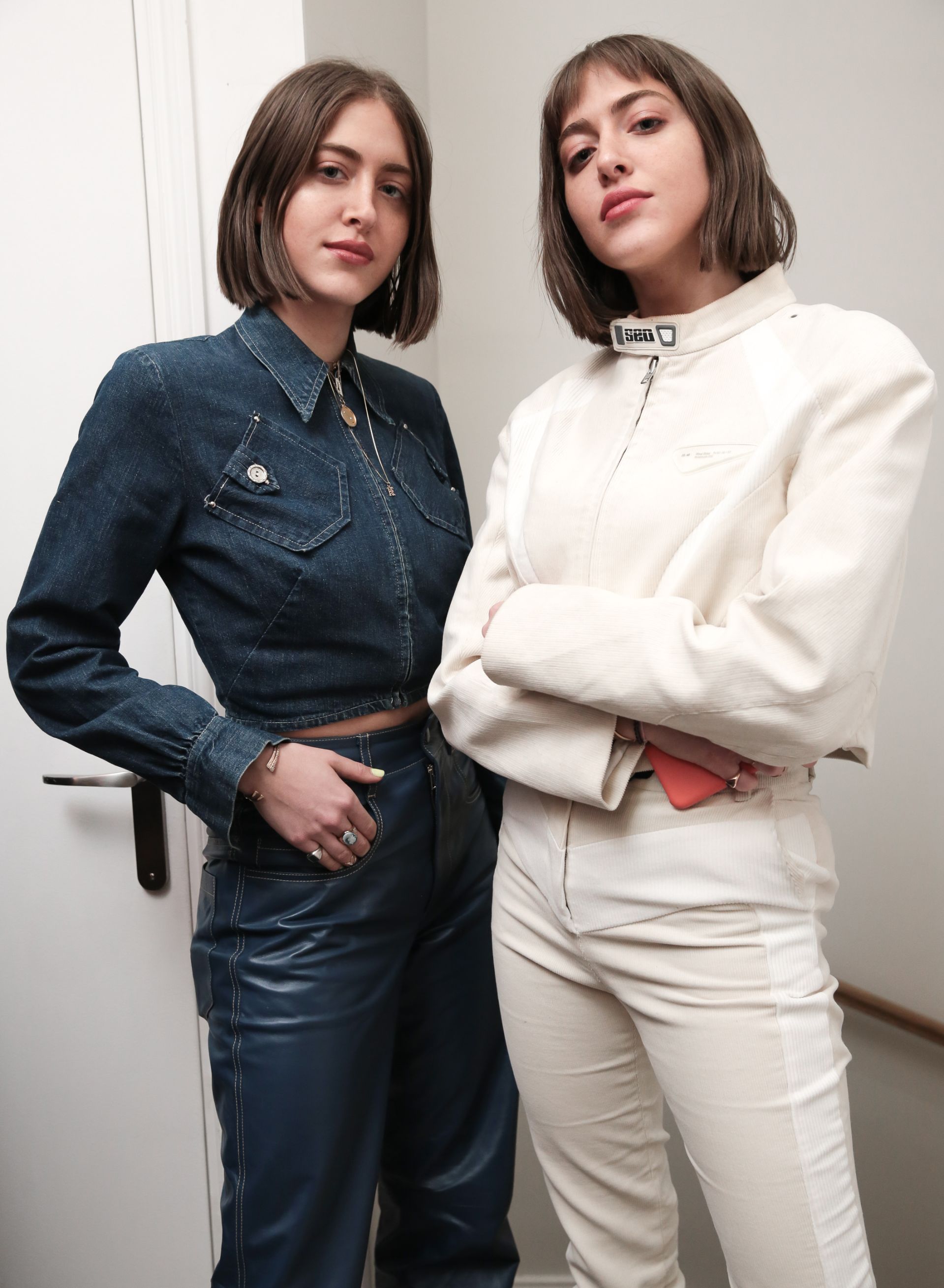 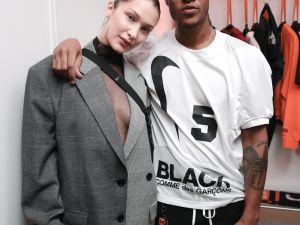 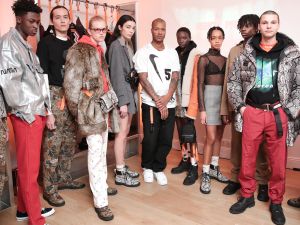 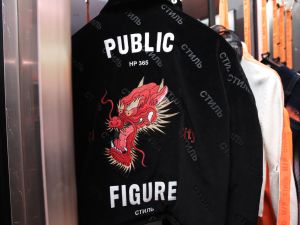 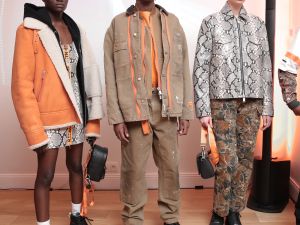 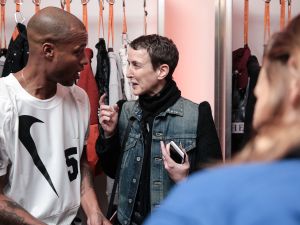 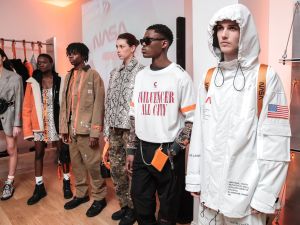 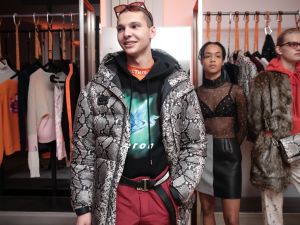 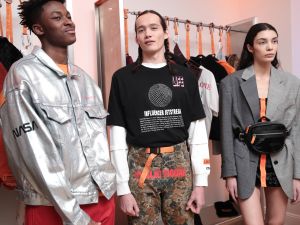 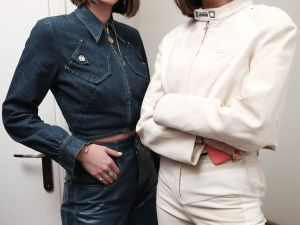 Have you ever landed on someone’s carefully curated Instagram page, replete with heavily filtered beach scenes and carefully posed selfies, and wondered why they were marked as a Public Figure?

This is the exact topic that designer Heron Preston tackled in his Fall/Winter 2018 collection, which debuted during Paris Fashion Week Men’s. In a range titled “Public Figure,” the buzzy designer held a magnifying glass up to what he calls the “influencer jet stream,” which is a creative way to describe the series of events that every and any social media star makes a well-documented appearance at, whether it’s Art Basel in Miami Beach or Fashion Week in London or Milan. In fact, those must-visit global affairs were printed on a t-shirt, for easy reference.

Yes, he’s poking fun at influencer culture, which some might argue hits close to home for Preston—after all, the Kardashians, their children and plenty of their quasi-famous BFFs have been spotted wearing his signature СТИЛЬ turtleneck. But don’t worry, the designer is in on the joke. “If you buy a polo from Heron Preston you are an influencer,” said Preston. “Who is to argue that?”

Certainly not Bella Hadid, who showed up to support Preston during the Paris presentation dressed in his newest designs, in addition to fellow influencer types Simi and Haze Khadra and Ian Connor, designers Virgil Abloh and Jerry Lorenzo, plus Colette‘s Sarah Andelman and Bergdorf Goodman’s Bruce Pask.

Influencer culture aside, Preston also debuted an unexpected collaboration with NASA for Fall/Winter. Just in time for the agency’s 60th anniversary, he decided to revive the classic “worm” logo, which was introduced in 1975 and discontinued in 1992. In a nod to astronaut style, the range included a 3M nylon space jacket, a pair of white sweatpants with the NASA logo, an angular but multifunctional backpack that can be worn as a tote or a fanny pack and a shiny silver denim jacket that feels very space age.

He also put his СТИЛЬ stamp on a handful of reworked Carhartt WIP jackets, in a collaboration with the workwear brand that extended to include a fanny pack, beanie, jacket, vest and pants.

Peppered with snakeskin prints and cozy but bright sweatshirts, there’s no denying that this collection will be splashed on Instagram pages—as soon as those influencers get their hands on it.