It’s only a month into 2018, but Ed Sheeran already has a lot to celebrate. The musician (to some people’s dismay) took home two Grammys at the awards show this year, despite skipping out on the ceremony, and he also announced his engagement to his longtime girlfriend, Cherry Seaborn.

He’s also on his way to creating his own compound in England, as he’s reportedly purchased four adjacent homes in the village of Suffolk, located approximately two hours by car outside of London.

Got myself a fiancé just before new year. We are very happy and in love, and our cats are chuffed as well xx

Sheeran, who was raised in the area, bought the first of the homes in 2012—it now has a treehouse, pool, and a barn that he converted into a pub, per Architectural Digest. The pub is accessed in a rather clandestine way—through underground tunnels.

“There’s an underground tunnel to get there that you can close off,” Sheeran explained. “So if I have a party everyone goes in the pub and no one can get in the house, so you get no one raiding the cupboards or smashing anything. You have to go underground to get to the pub.” Well, that’s certainly one way to prevent any damage.

Sheeran purchased a second house, next door to the first, shortly thereafter. And now, he’s bought the two additional houses, leading to a new nickname for the four-residence collection—apparently, Sheeran’s neighbors have aptly named it “Sheeranville.”

He’s reportedly adding two underground entertainment areas; a movie room and a music room, which will be reachable through an extension of the aforementioned tunnels.

It remains to be seen if Sheeran’s 2018 will be up to par with 2017, considering how wonderful he thought last year was. His record label did, after all, send out an email declaring “2017 IS THE YEAR OF ED SHEERAN,” which a number of people found to be a rather brazen and ungrounded statement. 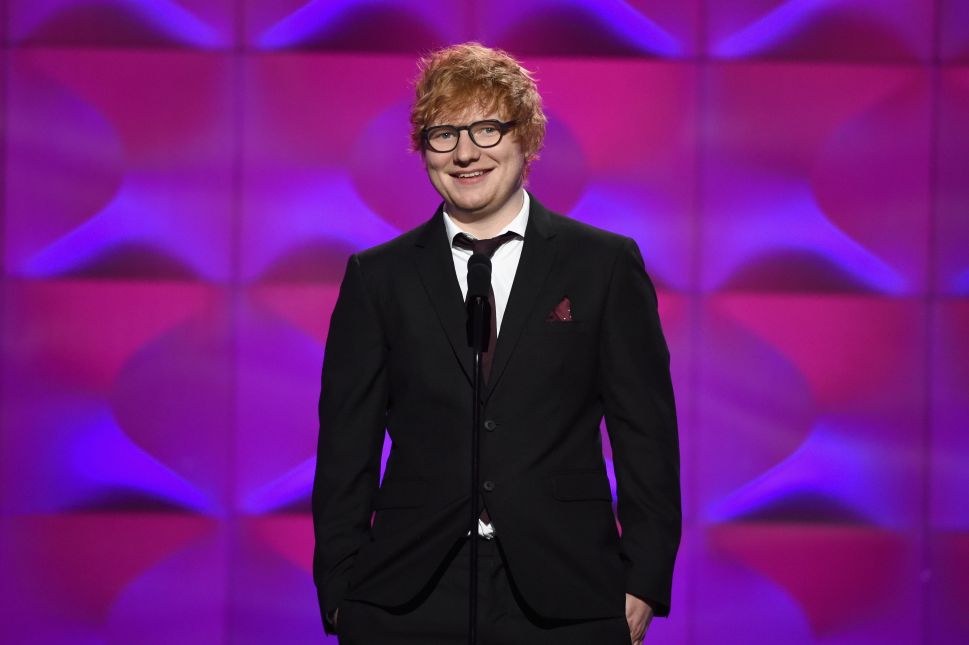