President Donald Trump will deliver his first formal State of the Union Address on Tuesday. A lot happened in 2017, and it’s the president’s responsibility to make sense of it all, while laying out a vision for the future.

Although Trump directly communicates through Twitter and campaign rallies—despite the fact that the 2016 election ended over a year ago—his bigger speeches trade-in spectacle for reflection.

During his keynote address at the World Economic Forum in Davos, Switzerland last week, the president made a case for his brand of nationalism while encouraging European companies to invest in the U.S. economy.

“When the United States grows, so does the world,” said Trump. “American prosperity has created countless jobs around the globe, and the drive for excellence, creativity and innovation in the United States has led to important discoveries that help people everywhere live more prosperous and healthier lives.”

Far from his signature schoolyard taunts of ‘Crooked Hillary’ and ‘Cryin’ Schumer,’ Tuesday’s State of the Union speech will fit the legislative accomplishments of the Trump administration into the greater narrative of how ‘America First’ is a successful approach to governance.

Tax reform will be touted as the cornerstone of ‘booming’ economic growth, with references to the roughly 100 companies said to have given out bonuses, benefits and pay hikes. Deregulations will also be mentioned as the gasoline fueling the robust capitalist engine.

Trump’s primary objective on Tuesday is to demonstrate how ‘America First’ benefits the world, while proving to his base across rural America that he is fulfilling his campaign promises of reviving U.S. industry.

Similar to how Trump consoled a Navy SEAL widow during his inaugural address last year— praising her fallen husband’s bravery before the entire world—the president has selected a cross-pollination of guests who have benefitted from the White House’s policies and fallen victim to the problems Trump frequently decried on the campaign trail.

The White House announced last week that it would release the “framework” of the president’s immigration policy before the State of the Union.

In a divisive political showdown over DACA, Trump will use Tuesday’s address as an opportunity to frame his narrative on his willingness to cooperate with Democratic leadership and the dangers posed by illegal immigration—with rhetoric architected by White House aide Stephen Miller, who played an instrumental role in crafting the president’s inaugural address as it related to immigration. The parents of two children who were murdered by MS-13 gang members will attend as presidential guests.

Although Trump will likely tout the defeat of ISIS, it will be more difficult to sell the State Department’s grand strategy toward Syria involving the ousting of Syrian President Bashar al-Assad, massive rebuilding efforts and indefinite military occupation. Such policy is at odds with the president’s ‘America First’ platform, though Trump has previously expressed sentiment toward the victims of al-Assad’s war crimes in the vein of former president George W. Bush.

Congressman Joe Kennedy III (D-Mass.) will deliver the Democratic rebuttal to Trump’s State of the Union.

Senator Bernie Sanders (I-Vt.) will deliver his own response to Trump independent of the Democratic Party. 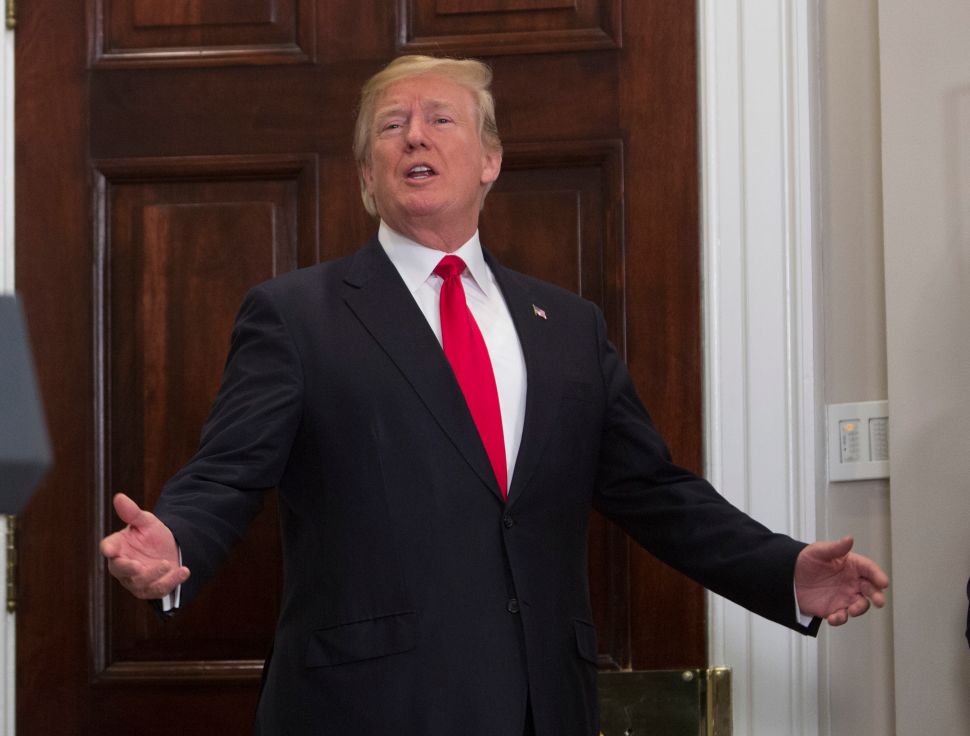