Is Steve Bannon, despite being served multiple subpoenas, keeping quiet in order to get back in President Donald Trump’s good graces? He is certainly behaving like a man hungry for a comeback, as he dances around the inquiry process and invokes executive privilege.

Bannon has been hit with two subpoenas: one from the House Intelligence Committee and one from special counsel Robert Mueller. After he voluntarily appeared before the House panel for 10 hours, the committee slapped him with a subpoena because he reportedly began to shut down in certain areas of questioning. The subpoena was necessary because he cited executive privilege as the reason why he could not and would not answer questions posed to him by lawmakers from both parties. By issuing a subpoena, the committee now has continuing power to compel Bannon to provide answers—or else risk a contempt of Congress action.

The key issue that remains unresolved, however, is whether Bannon can cite executive privilege for the time during the transition. The optics of the claim are also not flattering. Executive privilege allows the president and high-ranking members of the executive branch to withhold information from Congress or the courts on the grounds that disclosure could jeopardize national security, government operations or decision-making, or be contrary to the interests of the executive branch. It appears disingenuous for Bannon to claim a privilege for campaign transition activities and conversations, as Trump was not yet sworn into office. Lawmakers disagree that Bannon can invoke the privilege before the House Intelligence Committee, and some have publicly expressed that they believe the White House has directly influenced Bannon’s legal strategy. Bannon’s attorney said he would not invoke executive privilege when he meets with Mueller, because it would not apply in the arena of the special counsel’s investigation.

This is the first time a member of the president’s inner circle has been summoned to appear before a grand jury in Mueller’s investigation. A subpoena requires mandatory attendance at a court proceeding, and failure to comply with the subpoena can be met with a contempt of court charge. Grand jury investigations allow for witnesses to be compelled via subpoena to provide sworn evidence to help the grand jury gather evidence in the form of testimony. Bannon has worked out an arrangement to testify privately in Mueller’s office in lieu of in front of the grand jury.

Both subpoenas come on the heels of Bannon speaking out in a recently released book in which he was highly critical of the Trump administration. In Michael Wolff’s new book, Fire and Fury: Inside the Trump White House, Bannon spilled secrets from the inner workings of the White House and rendered harsh opinions about Trump aides, as well as the president’s son. The statements published in the book cost Bannon his relationship with the president, who publicly stated that Bannon had “lost his mind.” Based on Bannon’s silence in response to questioning and his tepid cooperation with the House Committee, in contrast to his blistering critiques revealed in the book, it appears that Bannon is trying to mend fences with the president.

Stacy Schneider is a New York City-based trial attorney and author who has provided legal analysis for Fox News, Fox Business News, CNN and HLN for more than a decade. Read her full bio here. 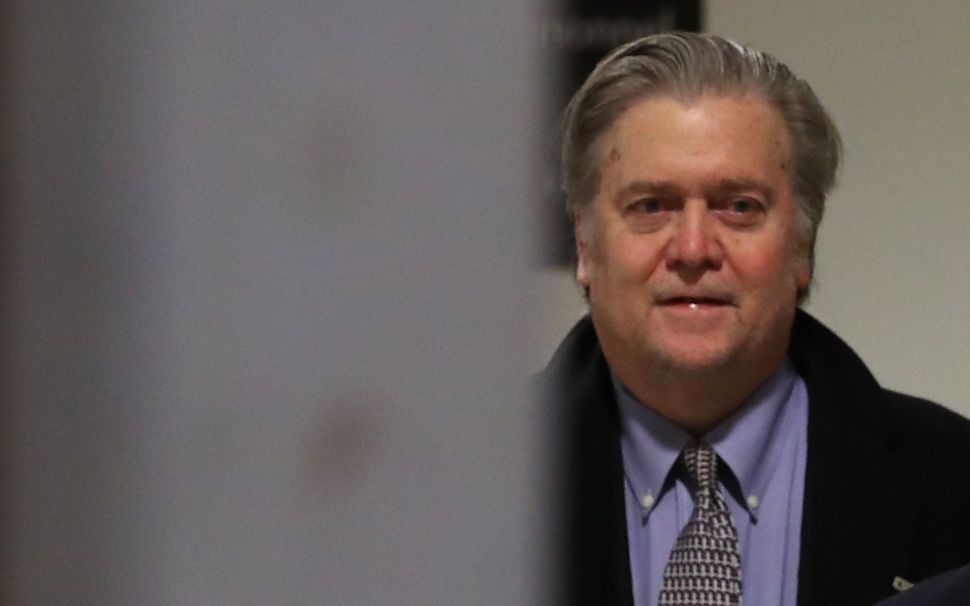