In recent years I’ve criticized the National Security Agency, my former employer, for mismanagement and repeated failures. I’ve taken NSA to task for flawed leadership leading to low morale, and above all a habitual ignoring of counterintelligence that has led to numerous high-profile scandals since the agency IT contractor Edward Snowden defected to Moscow in mid-2013 with a trove of a million-plus classified documents.

Now that the mainstream media has finally noticed that NSA is in crisis, Admiral Mike Rogers, agency director since 2014, has announced he’s retiring soon. However, it should be noted that what ails NSA exists across our Intelligence Community to varying degrees, and its persistent shortcomings in counterintelligence are not unique.

Things don’t look much better at Langley, and CIA’s mistakes in the counterspy game have gotten quite a few people killed over the last decade. At the end of December 2009, at Forward Operating Base Chapman in eastern Afghanistan, a suicide bomber blew up himself and nine others: seven CIA personnel (five agency officers and two contractors) and a partner each from Jordan and Afghanistan. This was Langley’s bloodiest day in decades as well as a needless debacle. American spies were fooled by a “golden source” whom they were meeting for the first time in person: a top Al-Qa’ida operative who really was setting them up for death. This was a basic failure of counterintelligence vetting bolstered by wishful thinking.

And it was hardly an isolated incident. Back in 2011, at least a dozen Lebanese agents who were clandestinely working for the CIA, reporting on Hizballah activities, were detected and apparently killed when sloppy tradecraft led to their unmasking. Their CIA handlers employed amateurish methods—in one case texting an agent the word “PIZZA” to set up a secret meeting at a Beirut Pizza Hut—and got their helpers killed. Similarly, two decades before that, several dozen CIA agents inside Iran were identified and presumably killed when compromised communications methods by Langley led to their capture.

However, the most serious such setback in recent years occurred in China, where in 2010 the CIA’s secret agents began disappearing, never to be heard from again. As many as 20 Chinese nationals who were on the Langley payroll went silent over a two-year period; they were jailed and, in at least a dozen cases, killed. Like Tehran, Beijing has no qualms about shooting traitors. One of the unmasked spies was shot in front of colleagues, in a government courtyard, to send a message about the consequences of collaborating with American intelligence.

Such a vast compromise was an indelible sign that something had gone seriously wrong inside the CIA’s Directorate of Operations. Practically the agency’s whole clandestine network inside China was systematically dismantled by Beijing’s counterspies, with lethal consequences. To any counterintelligence veteran, this meant one of two things: Langley had a well-placed Chinese mole or the CIA’s secret communications had been compromised.

This all looked eerily like the major-league mid-1980s disaster, when more than a dozen Soviets who were spying for the CIA—many of them senior intelligence officials—were arrested and, in most cases, executed. Virtually the whole stable of CIA’s agents in Moscow was taken out in a a few months, an unmissable sign that something had gone badly wrong. Debate raged over exactly what happened, and it took nine years for counterspies to identify CIA officer Aldrich Ames as a turncoat and the culprit in most (though not all) of those losses.

By 2012, when it became obvious that something similar had happened in China, a joint CIA-FBI investigation commenced and quickly got bogged down in the usual bureaucratic rivalries plus the lack of hard evidence. Codenamed HONEY BADGER, the top-secret inquiry repeated many of the patterns that plagued what became the Ames investigation. Now, as then, CIA officials were sheepish about contemplating the possibility of a mole at Langley—something that FBI agents considered plausible—and much attention focused on possible communications compromises. Sometimes sloppy tradecraft by CIA officers in handling their Chinese sources was looked at—but could it explain the loss of 20 agents, a whole spy network?

Now, we may be getting some answers, at last, with the announcement this week by the Department of Justice that it made an espionage arrest on Monday night. Arrested at John F. Kennedy International Airport in New York was 53-year-old Jerry Chun Shing Lee, a former CIA officer, who had been a focus of counterintelligence investigation for years. Born Zhen Cheng Li, he emigrated to the United States with his family, served two years in the U.S. Army, and joined the CIA in 1994, working as a case officer until he resigned in 2007. Lee believed his career had stalled, and he left the agency disgruntled—which is always a potential warning sign to counterintelligence investigators.

Upon examining Lee’s career and what he had access to while working in CIA espionage operations, he looked like a good fit for a possible mole. However, his departure from the agency and subsequent move to Hong Kong (where, investigators believed, his new job had been arranged by Chinese intelligence) complicated matters. He was therefore lured back to the United States in mid-August 2012 for meetings in Honolulu, ostensibly for possible work on a CIA contract, and while Lee was busy, FBI agents, armed with a search warrant, took apart his hotel room.

What they found is spelled out in the DoJ affidavit: “two small books containing handwritten notes that contained classified information, including but not limited to, true names and phone numbers of assets and covert CIA employees, operational notes from asset meetings, operational meeting locations and locations of covert facilities.”

Possessing such information is a serious crime as a well a violation of the non-disclosure agreements that Lee signed when he joined the CIA. Moreover, it’s difficult to conjure up a benign explanation of why a former agency case officer took such sensitive and highly classified information home with him—and then traveled around the world with it in tow. FBI agents questioned Lee about his foreign contacts during his Hawaii visit, but during a total of five interviews while Lee was in the United States, they did not interrogate him about his “two small books.” Lee eventually returned to Hong Kong, a free man.

Investigators in Washington observed that the roll-up of the CIA’s agents in China halted after Lee’s trip to Hawaii, and although he remained the prime suspect behind Langley’s counterintelligence debacle, he remained out of reach in Beijing-controlled Hong Kong. His appearance in New York this week made him accessible to the FBI, which placed him in custody, apparently after attempting to get him to talk about his secret activities.

It should be noted that Lee has been charged with “unlawful retention of national defense information,” which can lead to 10 years in federal prison, but DoJ has made no mention of any connection to the 2010-12 spy disasters. Neither is there any indication so far that Lee will face charges relating to the deaths of CIA agents in China, notwithstanding that he’s still the top suspect in that investigation.

This wouldn’t be the first time that the FBI has arrested a turncoat on lesser charges in the hopes of coercing a confession to more serious crimes. However, if Lee doesn’t talk, prosecutors may be facing serious obstacles, particularly because the Intelligence Community never likes to see its secrets discussed in open court—especially when what’s revealed is unflattering.

This is a high-profile case that illustrates many of the IC’s persistent counterintelligence problems. In particular, the wisdom of using Chinese immigrants to spy on their native land seems unwise, given Beijing’s habit of ruthlessly exploiting Overseas Chinese for espionage. We can expect calls of “racial profiling” to appear soon, even though the only racial profiling here is done by Chinese intelligence by recruiting their co-nationals abroad for espionage against their adopted countries. Above all, if Jerry Lee is a traitor who got several CIA agents killed, he needs to face justice for that crime. 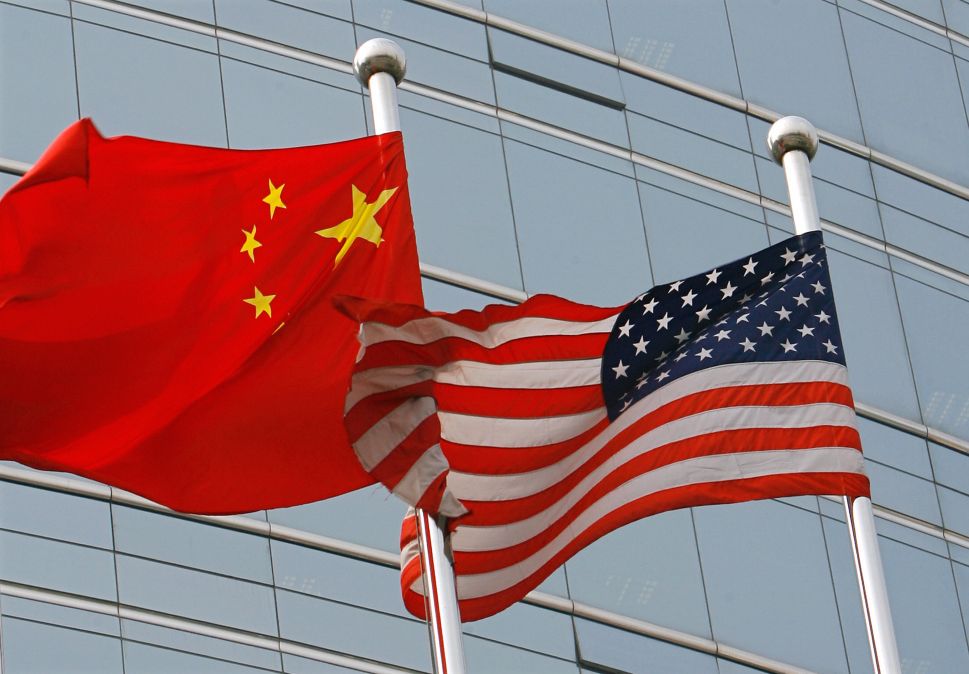