Michael Wolff’s Fire and Fury about Donald Trump’s White House would have sunk with little trace had the president not elevated it to bestseller status by tweet and re-tweet. While not having read it, nor choosing to read this pot boiler, the only significant revelation in the book is the incredible naïveté of team Trump to permit Wolff such access given his prior writing, which was rarely kind to the subject under investigation.

That such incompetence and inexperience occurred followed by the president’s predictable and pungent responses do however offer an interesting insight into a man many people on both sides of the political aisle feel is unfit for the office. But how could it be that CIA Director Mike Pompeo could reject Wolff’s characterization in the strongest terms, based on his almost daily interactions with President Trump, and paint a picture of a chief executive actively engaged and entirely opposite to the ill-informed, ill-tempered and illiterate individual characterized in the book?

Of course, Pompeo could be merely protecting his boss. If so, he should be fired. Instead, a better explanation is possible and one I raised with the always colorful former White House Communications Director Anthony Scaramucci.

There is more than one Donald Trump. One is the executive who turned his inheritance into a real estate empire. This man could be ruthless in his business dealings, as evidenced by the record. But despite the bankruptcies, Trump Inc. is still a big business.

The second is the creator and celebrity showman of The Apprentice, with his most well-known words of “you’re fired.” In this regard, the president insists on continuing to be the showman with his bravado by tweet and unconventional means of governing, if it can be called that.

The third is the thin-skinned and insecure personality largely affected in his formative years by his older brother Fred’s suicide and his years at New York Military Academy where he learned to be deferential to the military. It is this side of his personality, which both covets recognition and abhors rejection, that has led to charges of immature behavior, vindictiveness, boorish conduct, and arrogance in his self-proclaimed boasting of his attributes and accomplishments, including labeling himself a “genius.” Of course, proponents admire what is often seen as a satirical sense of humor.

It is clear that each of these versions is compatible with the others and can be on display simultaneously. I have not met the president. However, certain close friends say he can be incredibly charming, polite and an ideal dinner companion.

Others would have nothing to do with Trump personally or in business. These people believe that one reason Trump was so dependent on Deutsche Bank for loans was that no U.S. or New York bank would do business with him given his litigious preferences and flexibility in determining what contractual arrangements he would keep.

Although a critic of many of the president’s actions and policy choices, his intent to be disruptive is suggestive of some good instincts. While I do not believe his tweets and threats have had an impact on Kim Jung Un, who needed a more or less reliable deterrent to prevent a U.S. military strike, clearly if the talks between North and South Korea lead to negotiations, the White House will claim full credit. Yet, taking a tough stand vis-à-vis Pakistan, provided he attempts a rapprochement, represents long held frustrations in dealing with Islamabad.

Where is this headed? Clearly, this is guess work. A crisis of any sort, including financial, can instantly turn public opinion around in both directions. Before September 11th, George W. Bush’s administration was seen as chaotic. After, Bush was seen as presidential. The Saturday Night massacre when Richard Nixon fired the Watergate counsel marked the beginning of the end. In this regard, Special Counsel Robert Mueller is the most obvious potential challenge to the president.

What also will be critical is the continued support of Trump’s base of about one-quarter to one-third of Americans. If this base erodes, with by-elections drawing closer, the Republican Party will be irreversibly divided over staying with or rejecting the president. However, ironically, Trump’s future probably rests largely in his own hands.

If he allows his latter two personalities to dominate, those who believe Trump is a one-term president are quite likely to be proven correct. And this is the fundamental issue for those close to the president. Some of the president’s worst instincts must be contained, but the president is not easily containable. On resolving this dilemma will his future most likely rest.

Dr. Harlan Ullman is UPI’s Arnaud de Borchgrave Distinguished columnist; Senior Advisor at the Atlantic Council, Business Executives for National Security; and chairman of two private companies. His current book is Anatomy of Failure: Why America Loses Every War It Starts. He is reachable at @harlankullman on Twitter. 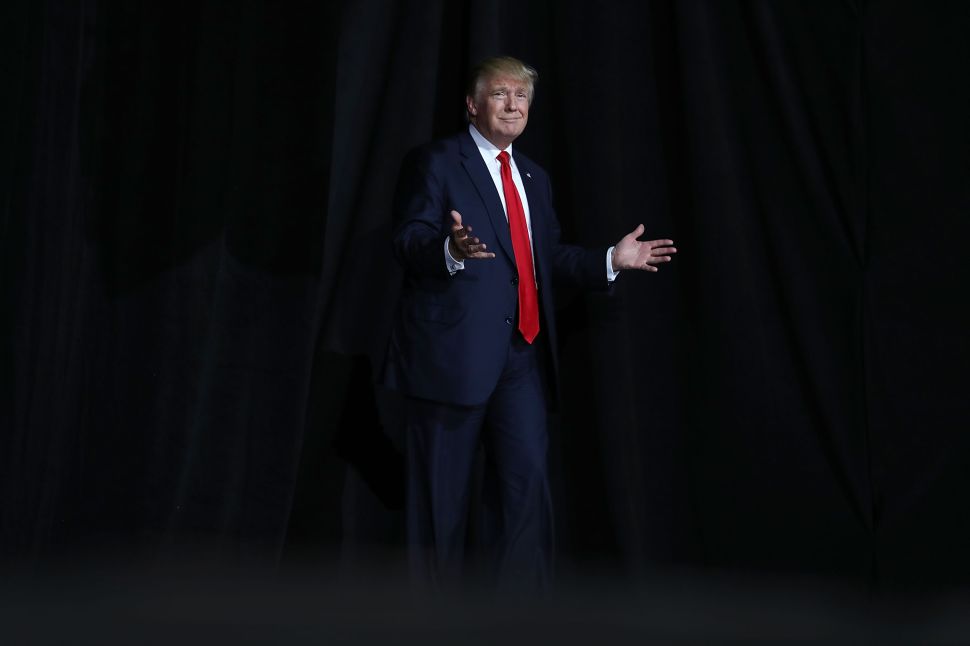