Following fallout from the publication of a book negatively depicting his administration, President Donald Trump is threatening to enforce libel laws. The president echoed an authoritarian overtone toward the First Amendment during Wednesday’s public portion of a White House cabinet meeting.

“We are going to take a strong look at our country’s libel laws, so that when somebody says something that is false and defamatory about someone, that person will have meaningful recourse in our courts,” said Trump.

But media watchdog groups are questioning the legal validity of such a crackdown, pointing toward the fact that such federal laws do not exist.

“President Trump’s threat to revise our country’s libel laws is, frankly, not credible,” a lawyer for the ACLU told Observer. “There is no federal libel law, and the president does not have the authority to change state libel laws.”

The Committee to Protect Journalists, which awarded Trump its “Overall Achievement in Undermining Global Press Freedom” title on Monday, echoed the ACLU’s statements.

“There are no federal libel laws, so it will be difficult for Trump to ‘open them up,’ as he called for during the campaign,” said Alexandra Ellerbeck, the North America Program Coordinator for Committee to Protect Journalists. “It seems like what he really objects to is the Supreme Court decision New York Times v. Sullivan, which puts in place a standard of ‘actual malice’ for libel suits brought by public officials.”

In 1964, the Supreme Court ruled that news publications could not be sued for libel by public figures unless there was grounds for false reporting. While Trump may have difficulty proving this with the media outlets he regularly disparages over Twitter—he announced his intentions to list the most “corrupt” media organizations on the onset of 2018—he could have legal grounds with Wolff. Numerous actors have contested the claims made in Fire and Fury, including White House aides and Washington Post reporter Mark Berman.

“We want fairness,” the president said. “Can’t say things that are false, knowingly false, and be able to smile as money pours into your bank account. We are going to take a very, very strong look at that, and I think what the American people want to see is fairness.” 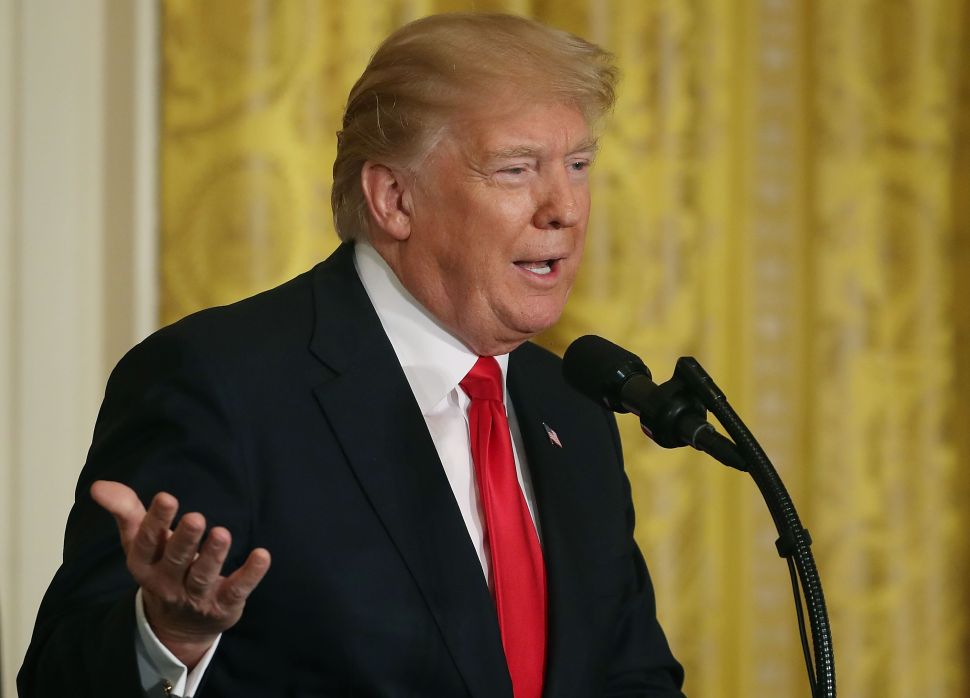