But actress Brooklynn Prince, 7, seemed to take to the working world like a seasoned veteran in her breakout role in the critically acclaimed The Florida Project. (She was only six when the film was shot.) So much so, in fact, that director Sean Baker says she actually made his job a lot easier.

The A24-produced film, which follows Moonee (Prince) and her rebellious friends and family over a single summer, currently sits at 96 percent on Rotten Tomatoes and 92/100 on Metacritic. It’s expected to nab a Best Picture nomination at this year’s Academy Awards, among other honors.

Most of us practically had to be forced to do our math homework when we were kids, let alone headline an awards-worthy movie. But that’s just one of the many reasons Baker was so blown away by his young cast.

“Dealing with kids, you’re always going to have to deal with something. I mean, they’re kids. They’re going to get distracted, their energy level may go up and down,” Baker told us at the National Board of Review Annual Gala Tuesday night. “But Brooklynn and Christopher Rivera, Aiden, they’re so professional, so skilled, so enthusiastic. They are all little extroverts, so they never got embarrassed. I never had to pull anything from them. It was wonderful to see Brooklynn… every day, you would have to wrap early after like six hours for children. And she would be upset going home every day because she wanted to be there, she wanted to work, and it made my job easy.”

“Some of the kids were much easier to deal with [than adult actors], much less of a headache,” Baker added with a laugh. 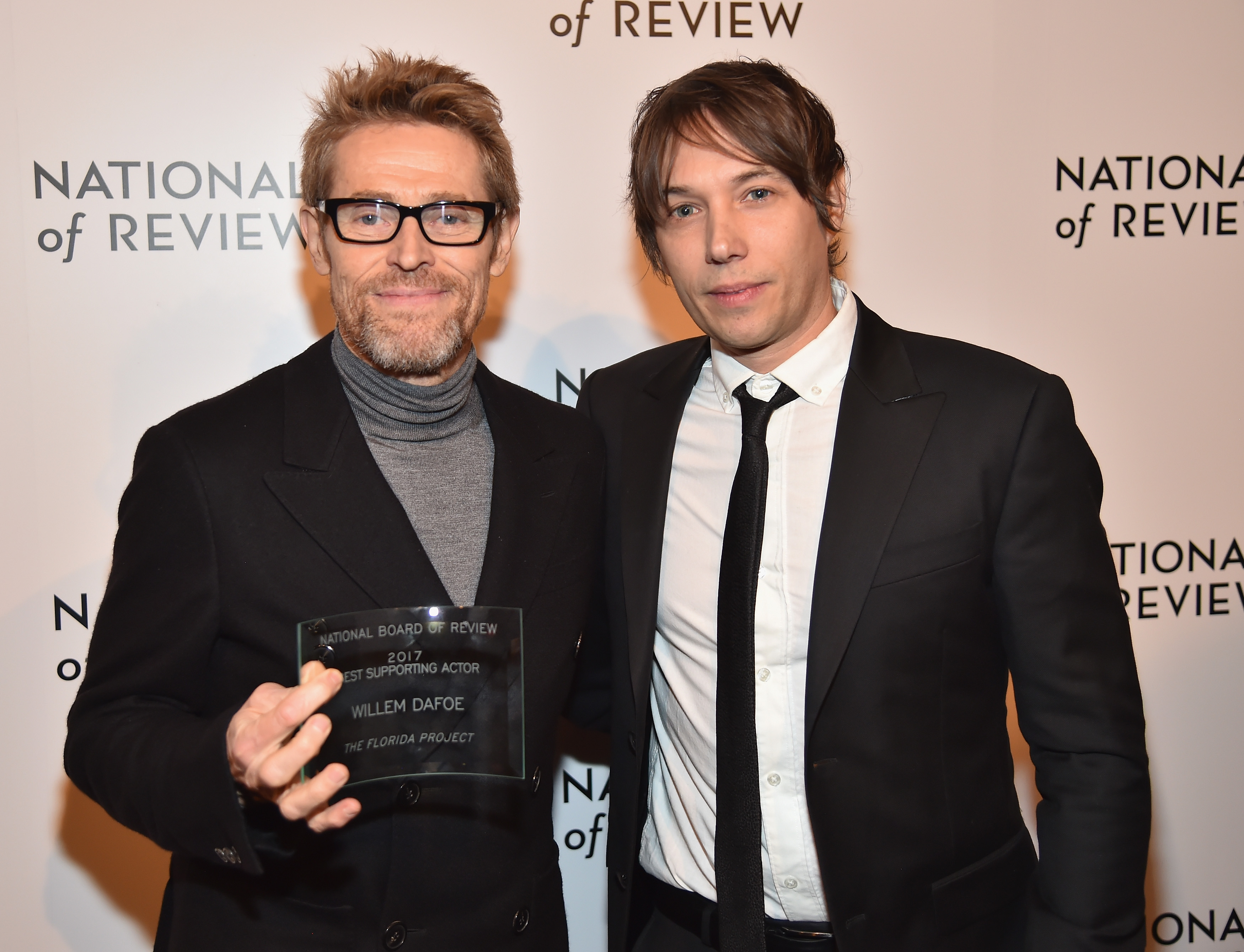 Winner of the Best Supporting Actor Award for ‘The Florida Project’ Willem Dafoe poses with director Sean Baker at the National Board of Review Annual Gala. Kevin Mazur/Getty Images

The Florida Project also stars Willem Dafoe, who dedicated film fans know from his 30-plus years of work and who casual moviegoers may recognize as the Green Goblin from the original Spider-Man movie.

Dafoe’s work in this film has been met with widespread praise from critics and audiences alike and has positioned the two-time Oscar-nominee as a frontrunner for Best Supporting Actor alongside Sam Rockwell (Three Billboards Outside Ebbing, Missouri).

“I think he’s just always great,” Baker said of his leading man. “He’s delivered so many wonderful performances, and this is just perhaps a time when people are looking back on a long and very rich career and thinking, ‘this is long overdue.’ I went back and revisited his wonderful performances in Mississippi Burning and others… These were also roles in which he played the moral compass. I think people forget about that because he plays the villain a lot. But I knew he’d be transformative from the first moment I sat down with him. Again, another person making my job easier.”