Former New Jersey Gov. Brendan Byrne, most known for the establishment of casino gambling in Atlantic City and his work to preserve the Pine Barrens region of the state, died on Thursday at the age of 93.

Byrne, a Democrat, served as New Jersey’s governor from 1972 to 1984. Throughout his career, Byrne also served as Deputy Attorney General, Essex County prosecutor and a Superior Court Judge. He was a World War II veteran and a graduate of Princeton University and Harvard Law School.

But it was Byrne’s integrity that set him apart from the crowd, particularly during the Watergate era in which he was elected. The New York Post named him “the man that the mob couldn’t buy” after FBI surveillance footage from the 1960s featured mobsters discussing how Byrne  was too ethical to accept bribes. That was particularly notable because of Byrne’s effort to bring gambling to Atlantic City, an area where the mafia was notoriously entrenched.

“I considered Governor Byrne a mentor and a friend,” said Christie, a Republican, in a statement. “My life is richer for having known him, as I am sure are the lives of every person who had the privilege to meet him.”

After Christie’s announcement, reactions poured in from elected officials around the state, all hailing Byrne for his integrity.

“He was an icon in New Jersey politics whose impact on the state and our residents will be felt for generations to come,” said US Sen. Bob Menendez in a statement. “He deserves our utmost thanks for a life dedicated to public service, fighting proudly in World War II, protecting the environment and moving New Jersey forward. Gov. Byrne was a one-of-a-kind class act, honest, dignified and ahead of his time. He will be deeply missed.”

“He provided strong and determined leadership at a pivotal time in the state’s history, shaping policies on a wide range of issues that continue to have an influence on the quality of life to this day,” Sweeney said in a statement. “He was a remarkable man who distinguished himself with his service to others, his selfless honesty and his incisive wit.”

Environmental advocates also spoke warmly of Byrne following his death. In 1977, Byrne signed the Pinelands Protection Act, a sweeping piece of legislation that created the Pinelands Commission, a state agency that set development regulations for the expansive wooded area in South Jersey and ensured the region’s preservation.

“If you drive through the Pinelands and see almost a million preserved acres, you can know that’s Brendan’s legacy,” said Jeff Tittel, director of the NJ Sierra Club. “This should be a lesson to all governors after. He was called ‘The Man That Couldn’t Be Bought,’ and his integrity showed. We call him the ‘Man That Saved the Pinelands.’”

Byrne died at his home in Livingston on Thursday due to an infection in his lungs. Funeral arrangements have yet to be announced. 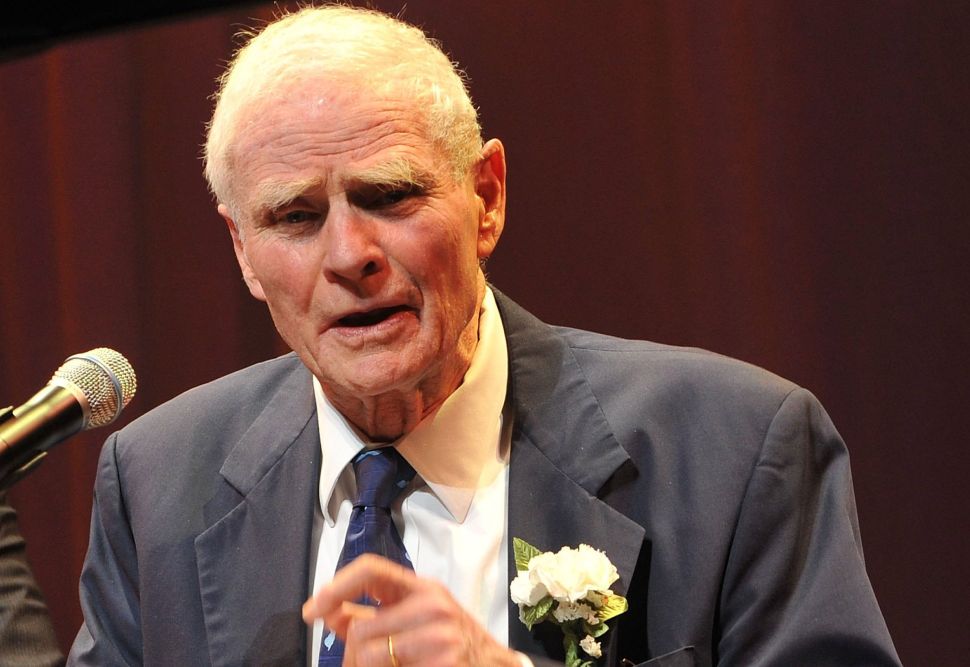