Hume tried to knock down devastating hints and clues in the hot book Fire and Fury by Michael Wolff that President Donald Trump is either going insane or already in his dotage.

By conceding Trump’s undeniable flaws, Hume tried to appear even-handed. Then he pulled a sneaky shift in logic to argue that the 71-year-old Trump of today—who forgets names of old friends and repeats himself often—is exactly the same guy he’s always been.

“If he were mentally unstable, unfit, he could not—despite all his flamboyance, despite his boastfulness, despite all of this stuff that we all see in him day by day—he could not have built the businesses that he built and had the career that he had,” Hume said. “Nor could one imagine that he could have pulled off this astonishing feat of getting himself elected President of the United States.”

As Karl Rove would say, “nice try.” And let’s ignore, for the moment, the illogic of “He’s rich and powerful, so he can’t be crazy.”

In pretending that the Trump of today is the same mentally as in previous decades, Hume avoided the reality that Trump sometimes slurs his words, blurs his facts and forgets the names of old friends. Old video shows Trump in much sharper verbal form, far more coherent.

And what kind of compliment is it to assure people that Trump is just as sharp as he was back when he was going bankrupt in the casino business (who does this?) and trying to avoid paying millions of dollars in a settlement with victims defrauded by a real estate seminar hustle called “Trump University.”

Let’s lay it out—plain and simple—for Hume. Stop denying something nobody ever said. When Trump was putting together real estate deals and beauty pageants and reality TV shows and three marriages, people may have found him crass, vulgar and untrustworthy. But nobody called him nuts.

But in the past two years, Trump has extended himself like never before. He’s put on weight and, according to Wolff’s book, isolates himself in his White House bedroom surrounded by TV, junk food and a smart phone. Some—not all—people over 70 might suffer the effects of stress from a campaign and a rough first year on a tough job.

Wolff’s book and other stories make Trump seem like Charles Foster Kane right before his wife leaves him and his castle and Kane destroys the bedroom in Citizen Kane. Perhaps the president will reassure the nation this week after his yearly physical by releasing medical results that show he isn’t turning into Kane or even Abe Simpson.

Trump also tried to project fitness for the job Tuesday by chairing an extraordinary meeting before TV cameras to discuss immigration legislation with many senators and representatives from both parties in the Cabinet Room at the White House.

Viewers who like Trump and wish him success might have seen that show as the Art of the Deal version of a business executive who pushes for common sense, compromises and compassion.

“They couldn’t care less about immigration’s effect on you and your family,” Carlson warned America. “Yes, these are the same people the president says he trusts to write the immigration bill, the one he will sign no matter what it says. So, what was the point of running for president?”

On Hannity, Trump counselor Kellyanne Conway assured Hannity and You The American People that Trump hasn’t changed any promise and, by the way, the “physical wall” on the Mexican border might be only “about 800 miles” instead of 2,000 because of all those rivers and mountains Trump kept referring to again and again Tuesday.

Between the lines, she seemed to tease the eventual parameters of a DACA compromise that would allow 800,000 “Dreamers” to stay legally in the country without fear and for Trump to save face by funding other border budgets and talking tough.

“Where you can’t put a physical structure… you can put fencing, you can have technology, you can have more agents there,” Conway said.

Closing out Fox’s prime time on The Ingraham Angle, Laura Ingraham—perhaps unwittingly—acknowledged that the subtext of the “immigration” meeting was really to show the nation that Trump isn’t about to leave the White House in a strait jacket and you can’t believe what you read.

“Today, at the White House, the petty, gutter-dweller author Michael Wolff became even smaller,” Ingraham said. “I’m referring to Wolff’s phony narrative that Trump is somehow not mentally equipped for the job… He’s smart, he’s savvy… Trump is growing into the job quite well.”

But Trump’s attackers will note that Trump—in his impromptu, one-hour television special—seemed to take both sides on the DACA issue and clearly didn’t understand what Democratic Senator Diane Feinstein of California meant by a “clean bill.”

Liberals might also worry about the way Trump suddenly veered into visceral anti-immigrant bashing, more than once mentioning arms and legs of innocent people maimed by the car of the terrorist who killed eight people and hurt many more in New York by driving through a bicycle lane last Halloween.

As performance art, Tuesday’s Trump Show made for great afternoon TV entertainment and might have convinced some skeptics that the president might not be that crazy after all.

Having heard from Carlson, Hannity and Ingraham, Fox viewers now await the wisdom of Hume. And what would Krauthammer say? 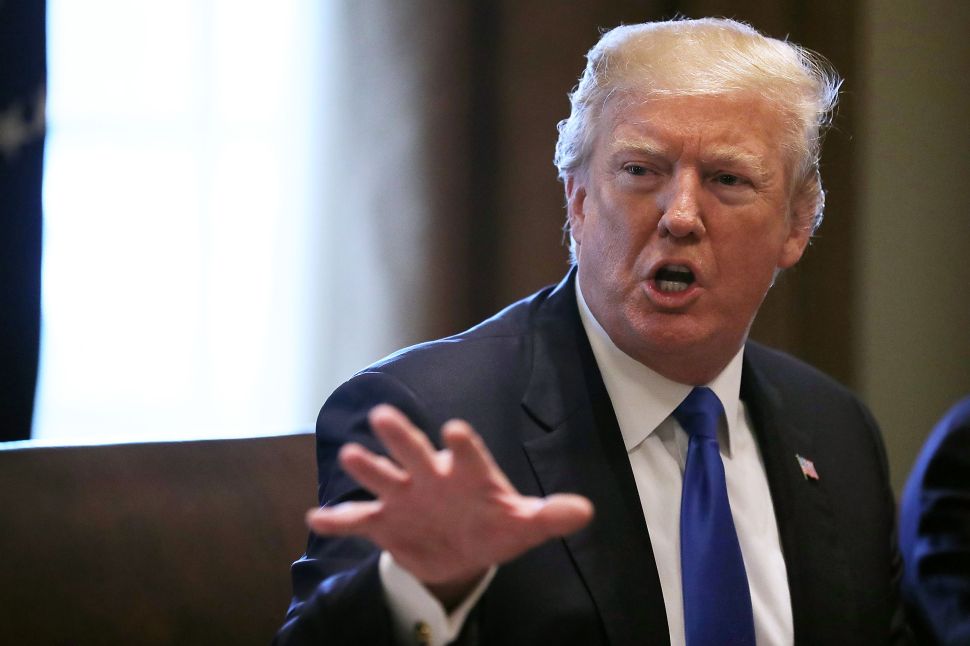